Janhvi Kapoor has signed the Hindi remake of the Malayalam hit Helen, and  will start shooting for it from June. Helen was extremely well received by the audience, and had bagged it’s leading lady Anna Ben a Kerala State Film Award – Special Jury Award for her performance. It released in 2019, and is apparently being made in Tamil as well.

The film was produced by Vineeth Sreenivasan under the companies Habit of Life and Big Bang Entertainments. The film stars Anna Ben in the title role, while Lal, Noble Babu Thomas, Aju Varghese, Rony David and Binu Pappu appears in supporting roles. It was written by Alfred Kurian Joseph, Noble Babu Thomas and Mathukutty Xavier. Its soundtrack was composed by Shaan Rahman.

The Helen remake will be shot in North India, and director Mathukutty Xavier along with the DOP and the rest of his team is currently scouting for appropriate locations. Besides Janhvi, Sunny Kaushal too is likely to feature in the film. He has been approached and has really liked the subject. They will start prepping for the film closer to the shooting date,” informs a source close to the development. There is news that Manoj Pahwa will also feature in the movie and will play Janhvi’s on-screen father.

This is the Malayalam film poster. 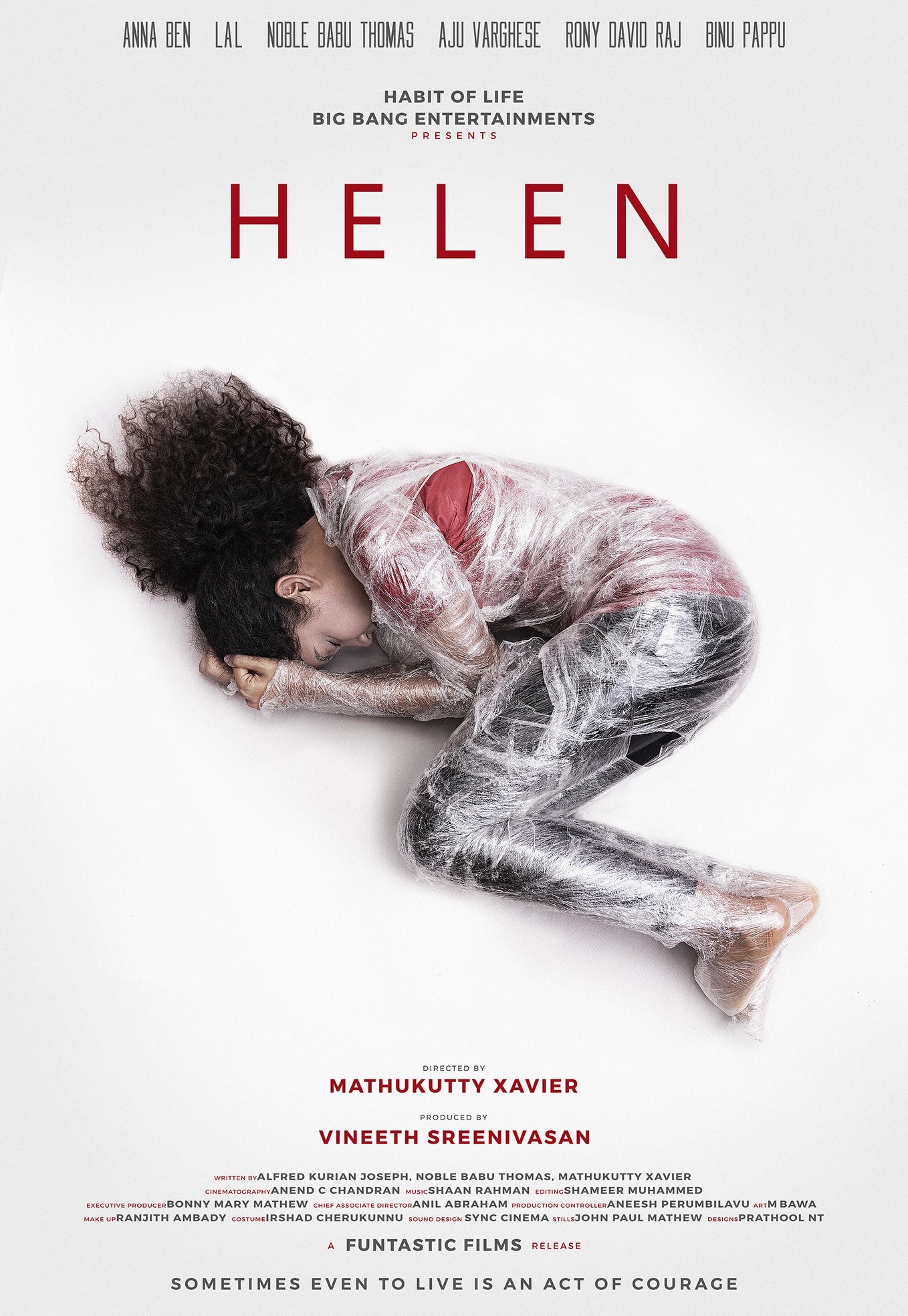 The story was inspired from a real incident. While writing the film, the crew had visited meat freezers in Aroor and Alappuzha and met workers who had stuck in freezers for 5–6 hours. Eventually, a girl getting trapped in a meat freezer became its basic thread. Similar incidents reported in newspaper were referred and formed a fictional plot. Characters such as the girl’s father and boyfriend were brought in to make it emotionally connected to the audience. Their motive was to target family and youth audience.After completing the script Xavier went to meet Vineeth Sreenivasan for his feedback. On hearing the script halfway through, Vineeth expressed interest in producing the film.

The Hindi version of this survival-thriller is reportedly being produced by Boney Kapoor and Zee Studios.