Janhvi Kapoor on her Instagram has amplified the work done towards the curbing of Covid 19. The actor with her pet in the frame shared some insights into the pandemic.

Janhvi Kapoor and some of her other colleagues have changed their social media postings to be more mindful.  “In these trying times, I know it’s important to be sensitive to the troubles we as a country are facing & I would never want to be inconsiderate towards that,” posted Kapoor. “We were as safe and precautious as possible. I hope all of you are staying safe and strong,” she added.

Kapoor also posted a letter of apology on World Earth Day. “I’m sorry for every time I didn’t value what you’ve given us…. Sorry for thinking you’d never run out of patience waiting for us to care for you the way you’ve cared for us. For ignoring the tears you shed every time you watched us abuse ourselves, each other, and you- our home.

When the actor to social media on Sunday to flaunt her painting skills, which reminded another Bollywood actress Dia Mirza of Janhvi’s mother, late superstar Sridevi.

Janhvi shared a couple of photographs on Instagram on Sunday, one in which she can be seen painting on an easel and in the other photo, Janhvi has displayed her artworks.

Captioning the photos on Instagram, the actress wrote: “Can I call myself a painter yet?”

Commenting on her post, Dia Mirza hinted that Janhvi has inherited her talent for painting from her mother, late superstar Sridevi. 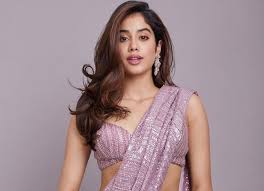 Janhvi’s Roohi co-star Varun Sharma also commented on her post asking her to gift him one of her paintings. “Wooooooh! Which one are you gifting me?” the actor asked.

On the work front, Janhvi’s latest release is the horror-comedy film Roohi which released in March. The film directed by Hardik Mehta, also features Rajkummar Rao and Varun Sharma in the lead. Janhvi will next be seen in the upcoming romantic-comedy film Dostana 2.