Phantom Films – that was founded by Anurag Kashyap, Vikas Bahl, Vikramaditya Motwane and Madhu Mantena – underwent major changes when the partners split in October 2018. There’s now been a new development on that front as Phantom Films has undergone a change in its shareholders. The change sees the official exit of Kashyap, Motwane and Bahl, who otherwise would have continued to hold and enjoy a 12.5 per cent share each in the company. Their shares have been bought by Madhu Mantena. So Phantom Films is now a JV (Joint Venture) between Madhu Mantena’s new company Mad Man Ventures and Reliance Entertainment, both parties holding 50 per cent. 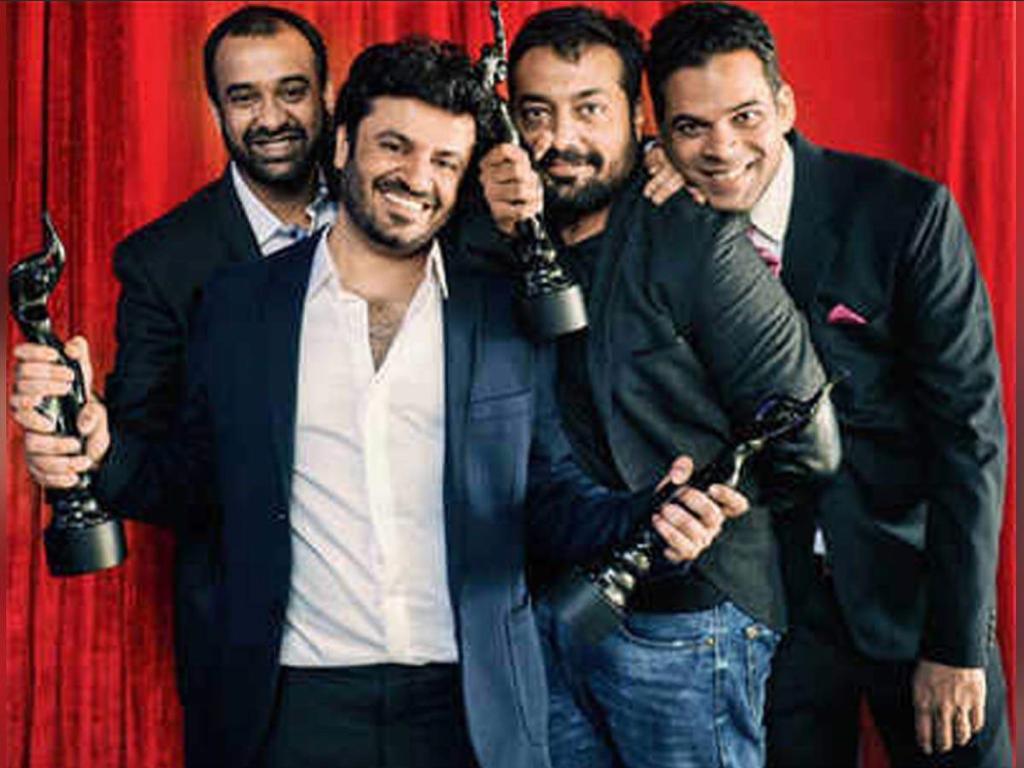 Earlier, it was a JV between Madhu-Kashyap-Motwane-Bahl (50 per cent) and Reliance Entertainment (50 per cent). It may be recalled that back in 2018 Anurag had tweeted, “And all dreams come to an end. We did our best and we succeeded and we failed, but I know for sure we are all stronger and wiser and will continue to pursue our dreams in our own individual ways.”

Talking about the latest development, a source says, “One thought it was all over for Phantom Films as a brand but Madhu had ideas to keep it alive. Madhu got in touch with Kashyap, Motwane and Bahl and expressed an interest to buy their stakes. The three of them agreed, the modalities were fast worked out, the dealing was implemented and completed amicably.” Madhu Mantena has confirmed the same.

Established in 2013, Phantom Films produced many films including Lootera, Queen, NH 10, Bombay Velvet, Shaandaar, Manmarziyaan amongst others. Reliance Entertainment picked up 50 per cent stake in it in March 2015. After Kashyap, Motwane, Bahl and Mantena went separate ways two years ago, two projects of Phantom Films saw the light of day – Super 30, Sacred Games. One venture ‘83 remains to be released. All three were set up and locked prior to the split.

0
Aakanksha Naval-Shetye January 24, 2021
No Comments Yet