The Priest is written and directed by newcomer Jofin T Chacko. It is produced by Anto Joseph, B Unnikrishnan and VN Babu. The editor of the film is Shameer Muhammed and the music composer is Rahul Raj. The film is also of interest to those who would like to see two celebrated actors – Mammootty and Manju Warrier – come together in a film for the first time. 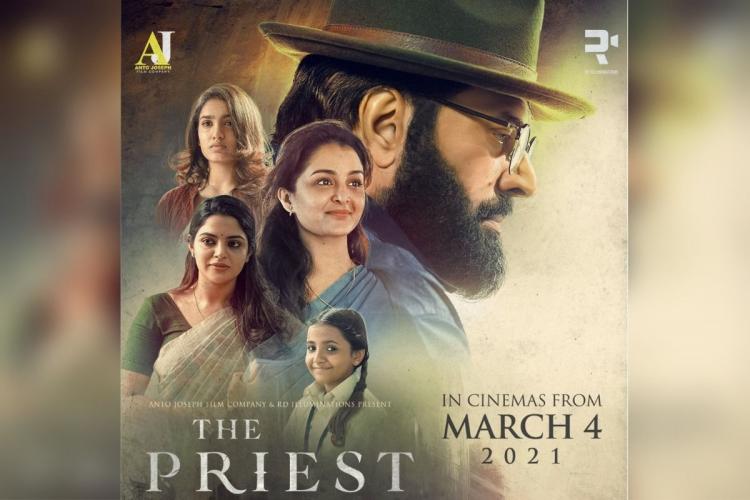 This will be the first Malayalam superstar movie to have a theatrical release since cinemas reopened on January 13 after being closed for 10 months due to the lockdown to contain COVID-19. Movie theatres opened late in Kerala, after most other states, with the Tamil film Master, starring Vijay, being the first to release.

A week later, Jayasurya’s Vellam became the first Malayalam film to release in theatres since the lockdown. Only days ahead of the state government’s decision to reopen theatres this year, Mohanlal  released Drishyam 2 on Amazon Prime Video.