Tom Cruise stunned onlookers as he air-flies off a mountain ramp on a bike before making a safe parachute landing.

Hollywood star Tom Cruise is currently in Norway filming for the seventh instalment of his hugely successful Mission Impossible franchise known for its mind-blowing action sequences. Shooting for the spy-thriller Mission: Impossible 7, the 58-year-old star pulled off a death-defying stunt when he air-dived off a giant ramp built on the edge of the Helsetkopen, near Hellesylt in Stranda, Norway, riding on a motor-cycle. The gravity-defying stunt shocked onlookers who gasped in horror as the star leapt off the mountain and let go off the bike mid-air before landing safely in a parachute. Reportedly, it took four takes to get the final cut.

Tom Cruise had just a day earlier pulled off another awe-spiring stunt involving a fight sequence atop a vintage style train recreated in the Norwegian countryside. The thrilling stunts gave a glimpse of what’s in store for MI fans who’re forward to the highly-anticipated movie that has Cruise reprise his role as the undercover IMF agent Ethan Hunt. Directed by Christopher McQuarrie (who’s back for the third time on the franchise after 2015’s MI: Rogue Nation and 2018’s MI: Fallout) Mission: Impossible 7 is scheduled to release on November 19, 2021 (by Paramount Pictures). Meanwhile, the makers have already announced a direct sequel slated to release in November, 2022. Both the films are to be shot back-to-back by McQuarrie. 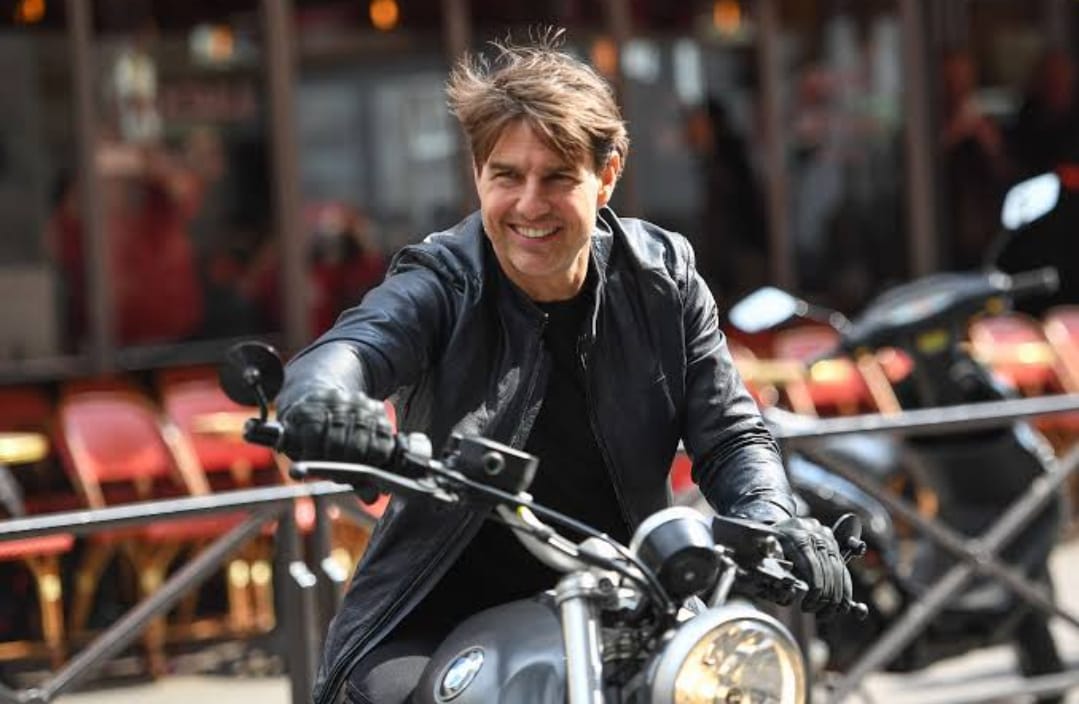 Reports say that initially the filming was to kickstart in February in Venice for a 21-day shoot and then move to Rome in March for a 40-days schedule. However, due to the Corononavirus pandemic in Italy, the production was suspended. After a hiatus following the COVID-19 global pandemic, the shooting was to resume in July in the UK, where the set was located at the Warner Bros Studios Leavesden in Hertfordshire. Following this UK schedule, filming was to move to Møre og Romsdal in Norway. As per reports, a large fire broke out on a motorcycle stunt rig in Oxfordshire in the same month. Though no one was hurt in the incident, the scene was reportedly “among one of the most expensive ever filmed in the UK”. The filming in Norway with Tom Cruise finally began on September 6, 2020.