A web series based on the life of former Chairman and CEO of Satyam Computer Services, Ramalinga Raju, has been announced. National Award winning director Nagesh Kukunoor will be helming the project, which will be an adaptation of author Kingshuk Nag’s book The Double Life of Ramalinga Raju. The bilingual series, which will be available on SonyLIV, is currently under development.

Applause Entertainment, which has earlier produced projects like Criminal Justice and Scam 1992, will be behind this web series as well. The show will be based on Kinghuk Nag’s 2009 book, The Double Life of Ramalinga Raju. The book chronicles the story of Raju’s unbridled ambition as it focuses on his endeavour to make Satyam Computer Services, the most successful IT company in India eventually leading to its sudden collapse. 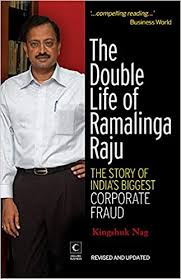 Talking about directing the series, Nagesh Kukunoor said, The Double Life of Ramalinga Raju has been an interesting read and I am delighted to be a part of this visionary project. It has been a wonderful experience collaborating with Applause Entertainment during City of Dreams and I now look forward to once again embark on a new journey – this time with a riveting biopic thriller.”

Kingshuk Nag is excited that his book is being adapted into a web series. He said, “I am elated about Applause bringing alive the exciting story basis the book. The audio-visual medium allows other aspects and layers of the story to be told in a nuanced and engaging manner. Applause’s creative reputation and success assure an exciting series ahead which will take viewers behind the scenes of all the intriguing going-on at one of India’s leading IT firms of the time.”

Alia Bhatt posts a picture with her Brahmastra boys. Click here to see it!

Hrithik’s strict workout routine is to burn 3000 calories per day!