Trust Nawazuddin Siddiqui to spring a huge surprise on the audience and his fans every time you see him on screen. While the makers of Heropanti 2 have dropped interesting posters of the lead on-screen couple – Tiger Shroff and Tara Sutaria earlier, they have now launched a brand new poster of Nawazuddin Siddiqui’s character Laila on the social media. 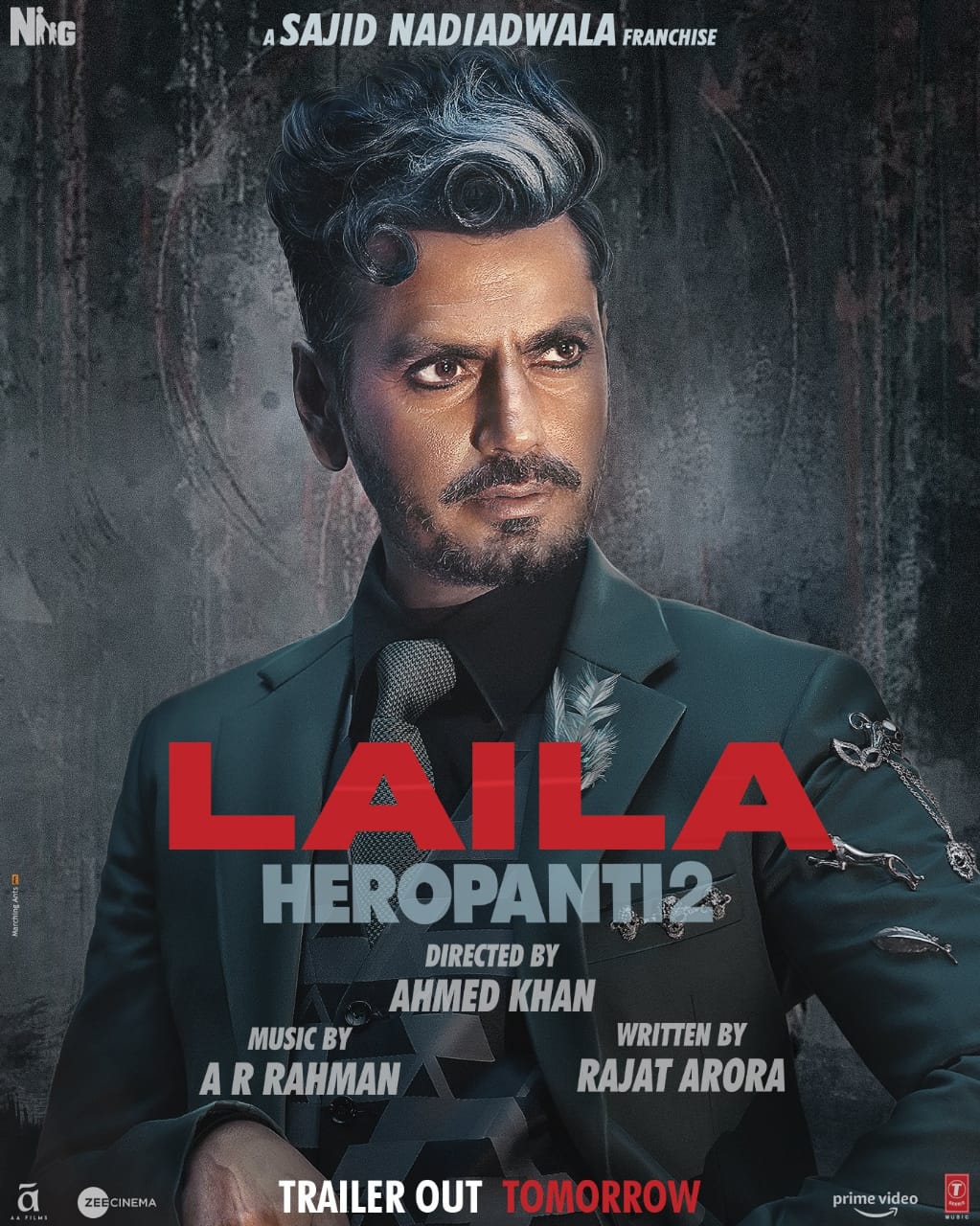 Nawazuddin as Laila shows off his swag, sporting a suited look, something that the audience and his fans have not seen him doing on screen before. The versatile actor looks suave and deadly in the poster, building the anticipation further among the audience wanting to see more.

After films like Baaghi 2 and Baaghi 3, the trio are now looking to push the envelope and set a new benchmark in action with Heropanti 2. This time around the sequel of the blockbuster has been mounted on a huge budget and will witness never-seen-before action and entertainment.

Written by Rajat Arora and music by A R Rahman, Sajid Nadiadwala’s Heropanti 2 will be directed by Ahmed Khan, who also directed Tiger’s last release Baaghi 3. The movie is scheduled to release in theatres on 29th April, 2022 on the auspicious occasion of Eid.

Applause entertainment spreads its wings in the North, South, East and West of India*