Producer Vinod Bhanushali and writer-director Raaj Shandilyaa announced their film, Janhit Mein Jaari, with a quirky poster. Leading the film is the talented Nushrratt Bharuccha, who will be seen in a very different character, and joining her in pivotal roles are Anud Dhaka, Annu Kapoor and Paritosh Tripathi. 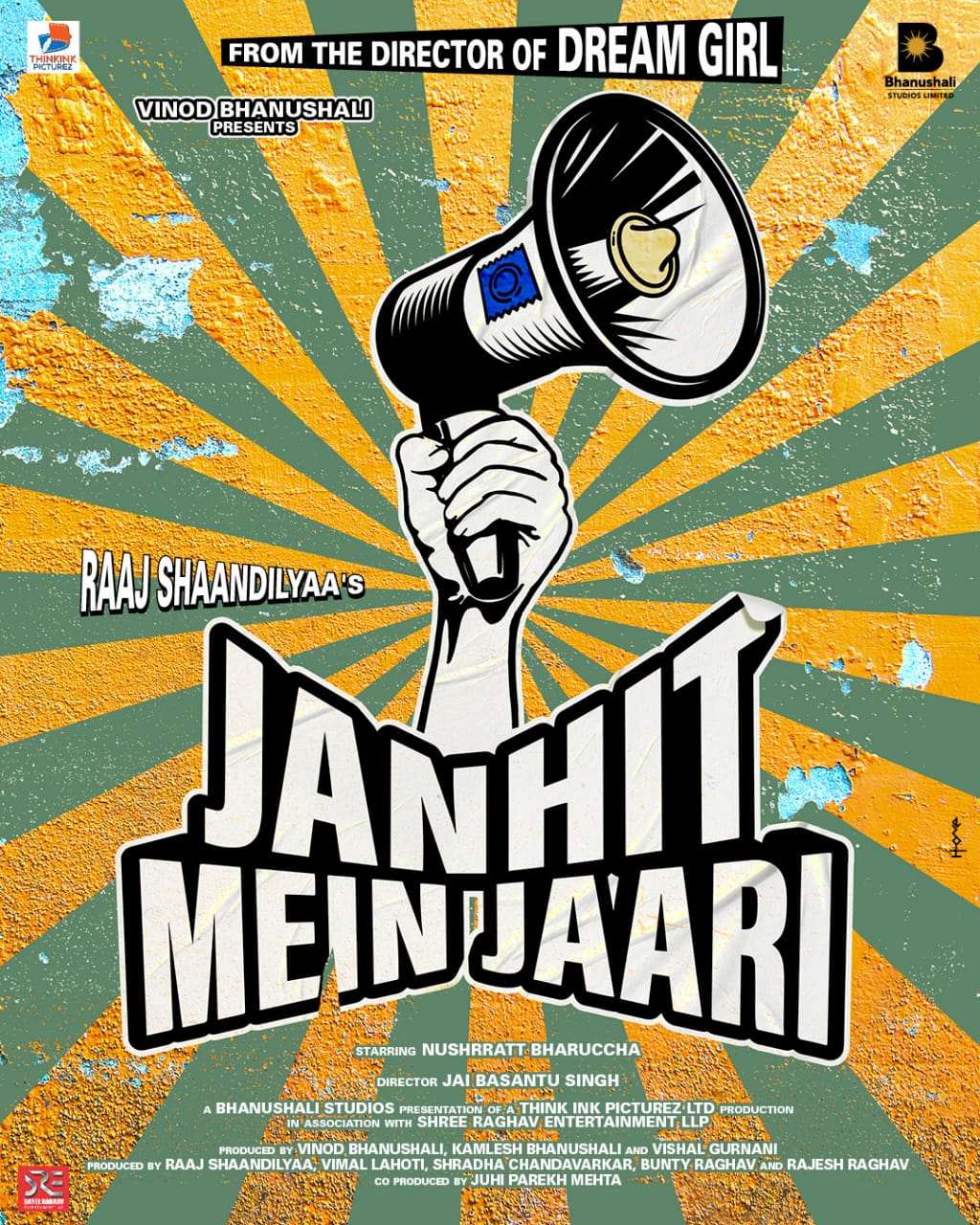 The unusual film commences shooting today in Chanderi, Madhya Pradesh and here’s a look at their vibrant yet quirky poster with a super catchy foot-tapping soundtrack!