Enjoy a selection of international short films that were showcased in major festivals in Cannes, Berlin, Venice, Locarno, Toronto, and Dubai

Dubai, UAE – 23 July 2020: This month, OSN is calling on fans of Arab independent cinema to enjoy over 30 titles of award-winning independent Arab short films complete with subtitles, exclusively on its platform starting 31st July. All movies will also be made available on the OSN streaming app.

The selection of short films has been showcased at the world’s most prestigious international film festivals, including Cannes, Berlin, Venice, Locarno, Toronto and Dubai. Rolla Karam, Interim Chief Content Officer at OSN said, ‘We’re thrilled to be able to provide our subscribers with the very best of Arab independent cinema, giving these short films the exposure they deserve. Independent movies are often limited to special screenings and film festivals so we are proud to be able to bring this form of art to viewers in the region and to champion these skilled Arab filmmakers by showcasing over 30 of their short films on our platform, on both OSN Yahala Cinema and OSN’s streaming app.”

Ayny, a Jordanian Stop-Motion Animation, tells the story of two young boys running away from their mother to play music only to get caught up in the dangers of war. The film is a winner of Students Academy Awards in addition to more than 20 international awards, including Best Foreign Animation at the Academy of Motion Picture Arts and Sciences, Best Animation at the Lebanon International Film Festival, and Best Short Film at the Valletta Film Festival.

The Rifle, the Jackal, the Wolf, and the Boy, a Lebanese Drama, is a coming-of-age parable that considers the ethics of seemingly innocent violence in a warning against the threats of telling lies, misjudging enemies, and engaging in actions that spread the cycle of vengeance. The film toured more than 20 international film festivals, including the Cannes Film Festival. It was also shortlisted for the 89th Academy Awards’ Best Live-Action Short Film category and won the Jury Award at the SHORT to the Point – International Short Film Festival.

Another Period Drama is The Parrot, a Jordanian film that tells the story of a ‘Mizrahi’ Jewish family, that emigrate from Morocco to try to settle into their new life in Haifa, Palestine in 1948, to find an abandoned parrot in their new home. The independent film stars famous Tunisian actress Hend Sabri and has toured many international film festivals and won two Jury Awards at the Malmö Arab Film Festival and Mizna’s Twin Cities Arab Film Festival. 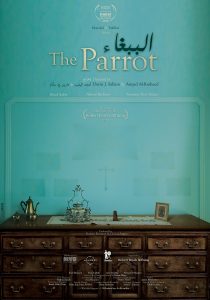 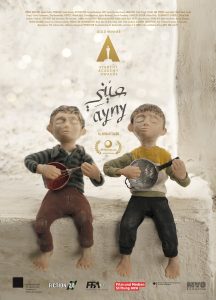 Egyptian dramedy ‘No Activity’ to air soon on OTT