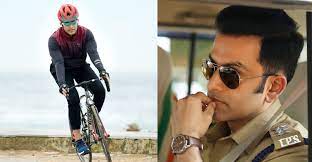 From the recently released teaser, Cold Case appears to be an intriguing horror thriller. It begins with a narration claiming that every spirit that departs from the body leaves behind some secrets. Later on, we get to witness all the tropes of a horror drama: a creepy-looking doll, a spooky house, a blood-strained hand that slides on a character mysteriously, a horrified woman and a police officer who believes only in logic and not in the spirits. Now, how will the police officer, played by Prithviraj, unravel the mystery remains to be seen.

Sharing the teaser on social media, actor-filmmaker Prithviraj wrote, “Stuck in the midst of faith and logic… the quest to find the truth begins from today! #ColdCase Teaser out now Watch #ColdCaseOnPrime June 30, @PrimeVideoIN.”

Produced by Anto Joseph Films and Plan J Studios, the film will start streaming on Amazon Prime Video on June 30.

Talking about the decision to release Cold Case and Maalik, his other big-budget thriller on an OTT platform, Anto said, “These films will only recover their production costs only if 100 per cent occupancy is allowed. Since there is no clarity on when the theatres will reopen and given the existing economic hurdles, I’m trying for an OTT release for these films.”

Cottagecore is back in Fashion!