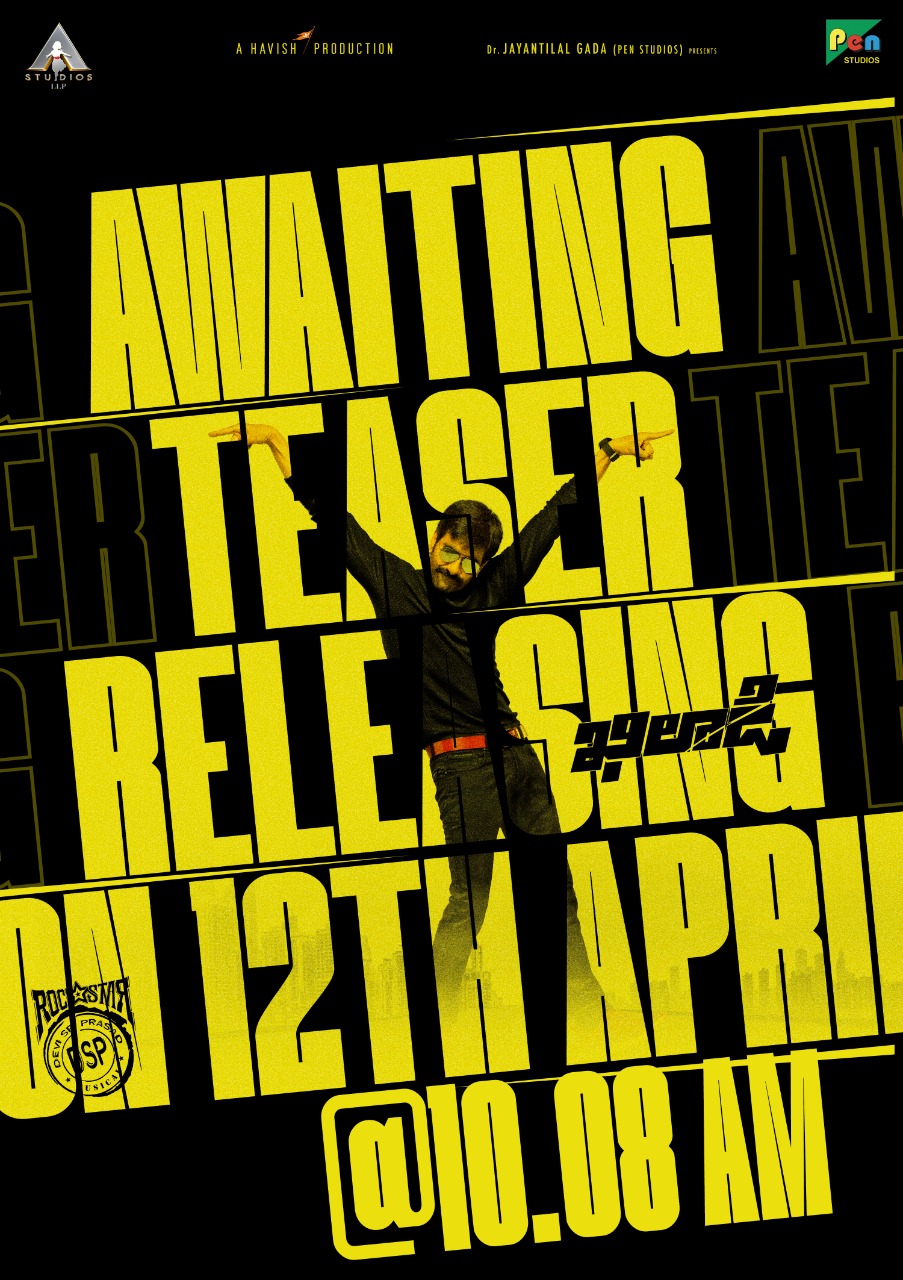 Ravi Teja and director Ramesh Varma who delivered blockbusters with their last respective films Krack and Rakshasudu are teaming up for the action entertainer Khiladi. The film’s teaser will be out a day before Ugadi on April 12, the makers revealed with a teaser announcement poster showcasing a super-stylish looking Ravi Teja.

The film’s Italy schedule was wrapped up recently. Ravi Teja plays a dual role in the film produced by Satyanarayana Koneru. Bollywood production house Pen Studios bankrolls the project in association with A Studios. The film under Havish Production stars Meenakshi Chaudhary and Dimple Hayathi with Ravi Teja.

The music has been composed by Devi Sri Prasad, while Sujit Vaasudev of Lucifer fame and GK Vishnu of Krack are the DoPs. The action directors Ram-Lakshman and Anbu-Arivu are working for the film which will hit the screens on May 28.

Most Influential Women 2021: A power-packed evening celebrating the women of today

‘It’s always a pleasure to work with John,’ says Jacqueline Fernandez about the sizzling screen chemistry with John Abraham in Attack