Set in the backdrop of Kolkata, Nani’s Shyam Singha Roy is one of the most awaited films of the year 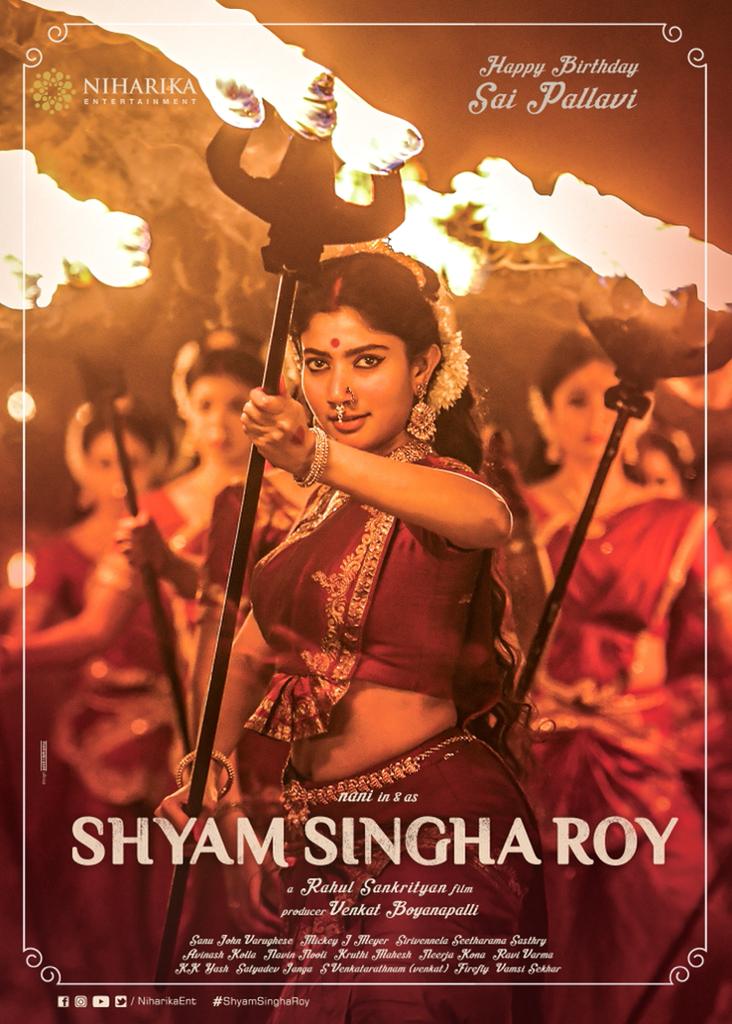 Makers of Shyam Singha Roy have decided to celebrate the birthday of their film’s leading lady Sai Pallavi today (May 9) by unveiling her first look from the upcoming Nani starrer. Wishing the actress on her birthday, the makers shared her first look in which Sai is seen draped in traditional Bengali style saree. Looking majestic, the actress is seen holding a burning trident in the poster where we can also observe female dancers.

Made on lavish budget, the film is an ambitious project for hero Nani, director Rahul Sankrityan and producer Venkat Boyanapalli. Shyam Singha Roy that will present every actor in a distinctive role will show Nani as a Bengali guy. The first look poster of the actor that was released for his birthday got a tremendous response.

Shyam Singha Roy has recently completed a crucial shooting schedule in Hyderabad where a massive Kolkata set was erected on a 10-acre land by art director Avinash Kolla.

Mahira Khan to be part of Zee Theatre’s Yaar Julahay