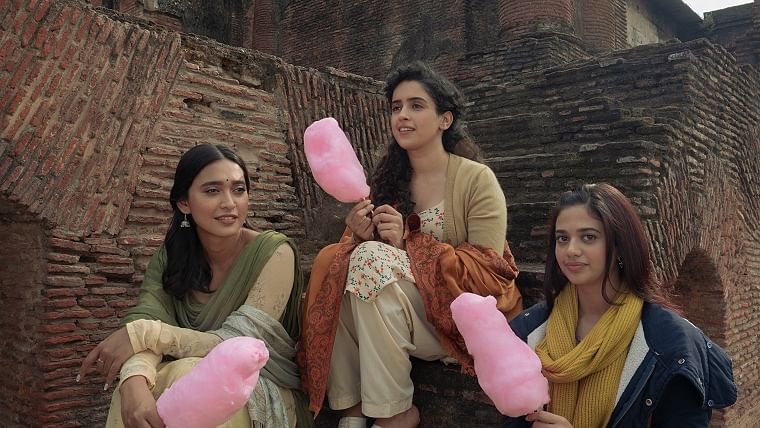 Pagglait follows the life of a young widow who refuses to mourn because she doesn’t feel connected to the dead husband. Though she is sensitive to her in-laws who have lost their young son, her own grief isn’t that profound. The film refreshingly explores how a bride need not be in love with the groom she marries. Yet, conscientiously she stands by the tradition of rituals, the rigmarole of the family functions following the funeral, navigating herself towards empowerment despite heart-break. Perhaps the most liberated woman in the entire film is the grand-mother played by Saroj Singh. She hardly has dialogues but is a sounding board for the most revolutionary things that happen around the house.

IT WORKS ON CLICHES TO WORK AGAINST CLICHES 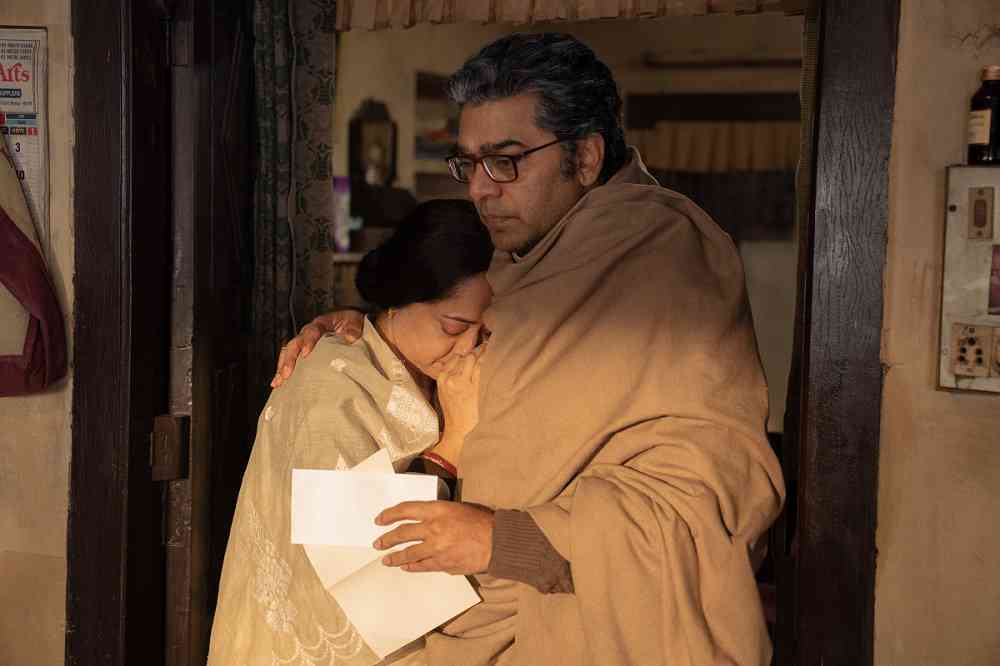 Starring Sanya Malhotra, who has till know played varied roles – a young wrestler in Dangal, a quarrelsome sister in Pataakha, a shy student in Photograph, a supportive partner in Badhai Ho, an uncertain girlfriend in Ludo. Malhotra, has ducked Bollywood typecasting very well and in this film she gets a chance to play out her non-conformism. For instance, she stops her mother from wailing out loud (when she expresses grief over her son-in-law’s death),  clearly states that she doesn’t like tea and would like to drink Pepsi, to the chagrin of other family members, sneaks out for a pani puri because she is too bored sitting like a grieving widow to her dead husband Astik and so on… Her classic line is when she explains her loss giving an example of a cat.  “You know, when I was a kid, we had a cat. She got run over by a car. I cried a lot. And I didn’t eat for three days.” Saaniya’s character can’t feel grief of her husband passing away and seems to be looking for it so that she can look and feel “normal”. But she won’t fake her tears.

THE CHARACTER ACTORS ARE STALWARTS 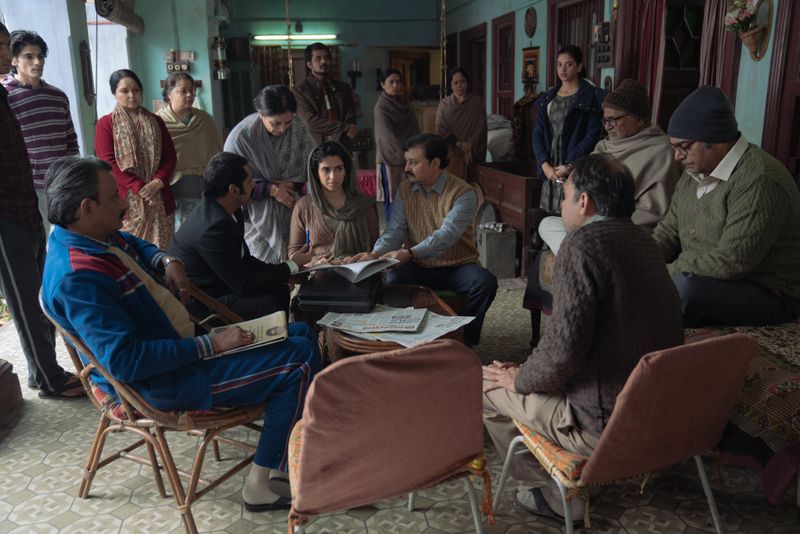 Pagglait is a must watch because, not just the main character, the rest of the star cast that includes family members are all masters of the game. We have the patriarch of the family played by Raghubir Yadav whose greed shines through his eyes. The distraught parents of the bereaved son , played by Ashutosh Rana and Sheeba Chaddha are grief-stricken and vulnerable. Rana’s eyes do the talking and Chaddha’s silent, gagged grief of losing her first born touches you. The character of Jameel Khan who plays Rana’s sister’s husband is perhaps the best written one of the lot. We all have seen relatives like him who have solutions to all problems and who always demand to be respected and hero-worshipped by the family. Sayani Gupta plays Astik’s girl-friend who was also his colleague. A strange friendship develops between her character and Saaniya’s that leads to a significant incident in the film.

THE STORY-TELLING BREAKS STEREOTYPES, EVER SO GENTLY 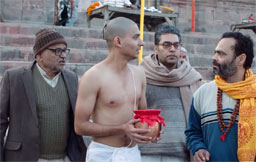 Like a few recent films that addresses progressive thought in cinema, Badhai Ho for instance, or  Shubh Mangal Saavdhan, Baala etc, Pagglait narrates the story of breaking from tradition but does it ever so gently. It quietly exposes the flaws in the system but quietly finds a way towards liberation without loud drama. Be it the issue of widow remarriages, the refusing to cower down to traditional roles and the courage to take your own decisions and chart out your own life, the film addresses all these without seeming to. And therein lies it beauty. The small battles won in the film are preludes to the larger battles to be won. Characters grow out of experiences of each other’s lives, like they would do in real life. 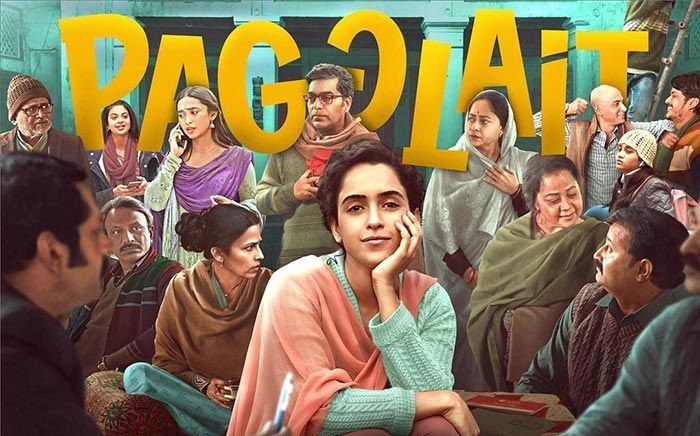 Like Samsara by UR Ananthamurthy that starts with a death followed by the story, here too, the story of a young man’s death and the ensuing drama is the premise of the film. There is a lot of avarice on display when the life insurance policy of the deceased surfaces. Each family member wants a share of the same except the parents and the wife of the dead man. Greed is shown in subtle and not so subtle ways that creates the conflict in the narrative of the film. Watch Pagglait to savour these finer nuances.

Trailer of R Madhavan's Rocketry: The Nambi Effect to be unveiled on April 1