Bellamkonda Sai Srinivas’ crime thriller Rakshasudu directed by Ramesh Varma was a sensational hit. And even though the director is presently directing Mass Maharaja Ravi Teja in an action entertainer Khiladi, he has announced his next project and also unveiled title poster of the same. Titled Rakshasudu 2 – the sequel of Rakshasudu – the film’s tagline reads ‘Hold Your Breath’. The film’s hero will be revealed soon, post which the film will go on the floors. 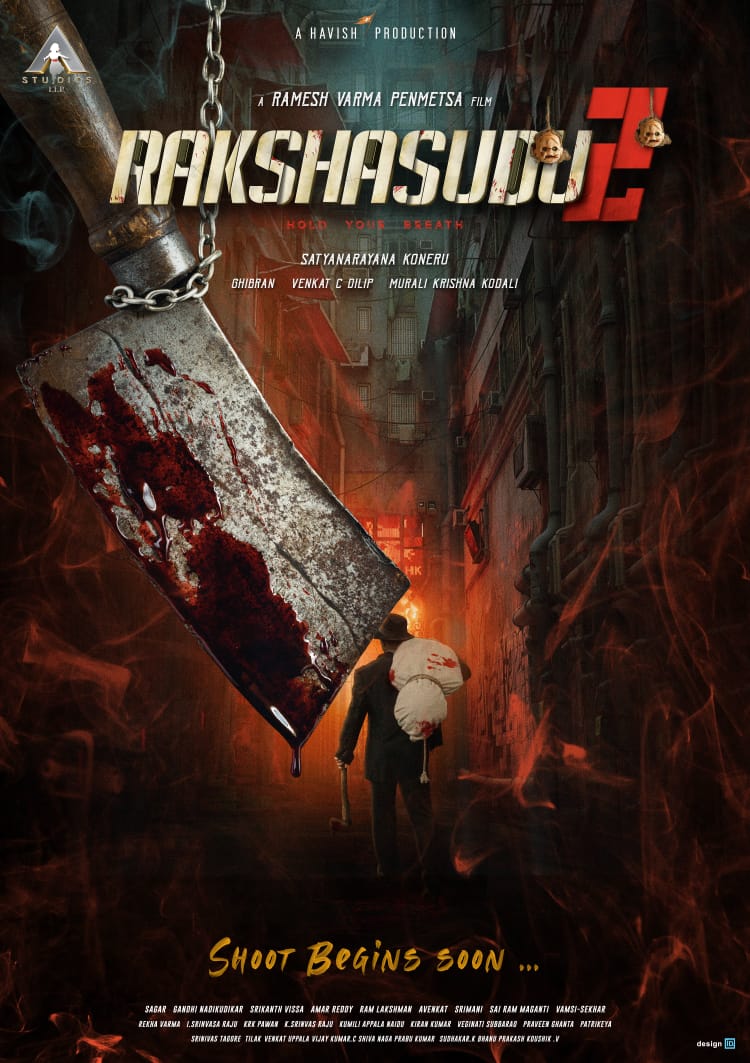 The title poster has an eerie feel as a psychopath can be seen carrying a dead body on his shoulder and an axe in another hand. A deadly and bloody meat-chopper knife can be seen hanging with a chain.

The technical team that worked for Rakshasudu will be part of Rakshasudu 2 as well. Satyanarayana Koneru of A Studios will produce the film on Havish Production, while Ghibran scores music and the DoP is Venkat C Dileep. Ramesh Varma has also penned story and screenplay of the film.