The LIMITED EDITION BATMAN watches by POLICE were unveiled at an exclusive event at Queen Elizabeth II: Float Restaurant and Lounge, Dubai

Police, the daring and urban Italian unisex eyewear and watch brand announced their partnership with Warner Bros. and THE BATMAN. The two iconic brands have come together to craft four limited edition watches boasting bold and dark elements of the global phenomenon. The beguiling watches were unveiled by Mr Michele Aracri, Managing Director of Police Lifestyle and Mr Naresh Chainani, Group CEO, International Luxury Group on Monday night at an exclusive event at Queen Elizabeth II: Float Restaurant and Lounge, Dubai that saw a prolific attendance  including VIPs.

Crafting only 10,000 timepieces globally, the unique watches will be on sale globally from Friday 4th February 2022, and the collection is sure to be in huge demand amongst watch collectors and enthusiasts, aiming to get their hands on one, or all of the limited-edition collection, which is sure to be a sellout. The timepieces are designed to celebrate the much-anticipated movie, set to premiere on 4 March 2022. 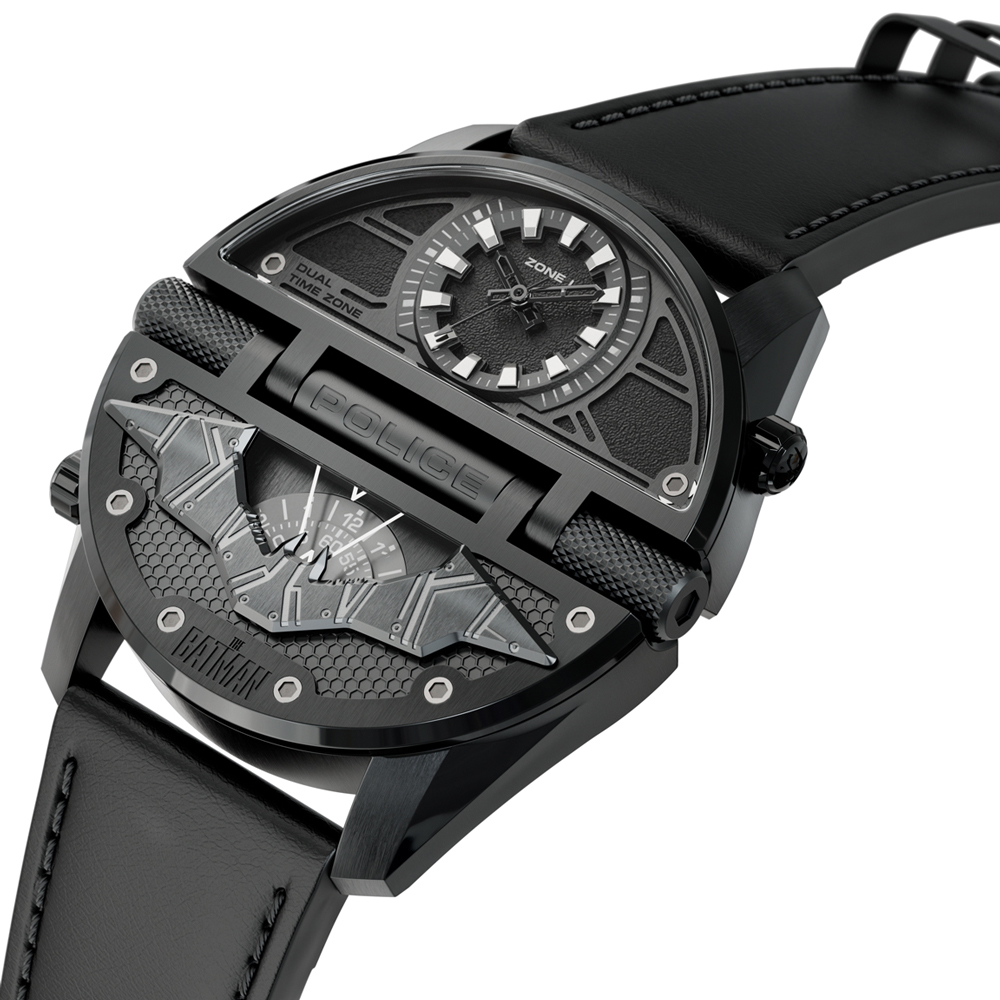 THE BATMAN Watch has a unique two-part case construction, evoking the character’s dual identity. Each case can be set to a separate time-zone, perfect for life’s international adventures. Signature elements – the Bat Symbol and movie title art – adorn the lower half of the timepiece in an industrial way. The two crowns at unusual positions drive the two separate dials. The Police logo on the cylindrical connecting rod adds the dash of Police craftsmanship. The textured leather strap compliments the overall look and feel of THE BATMAN watch. 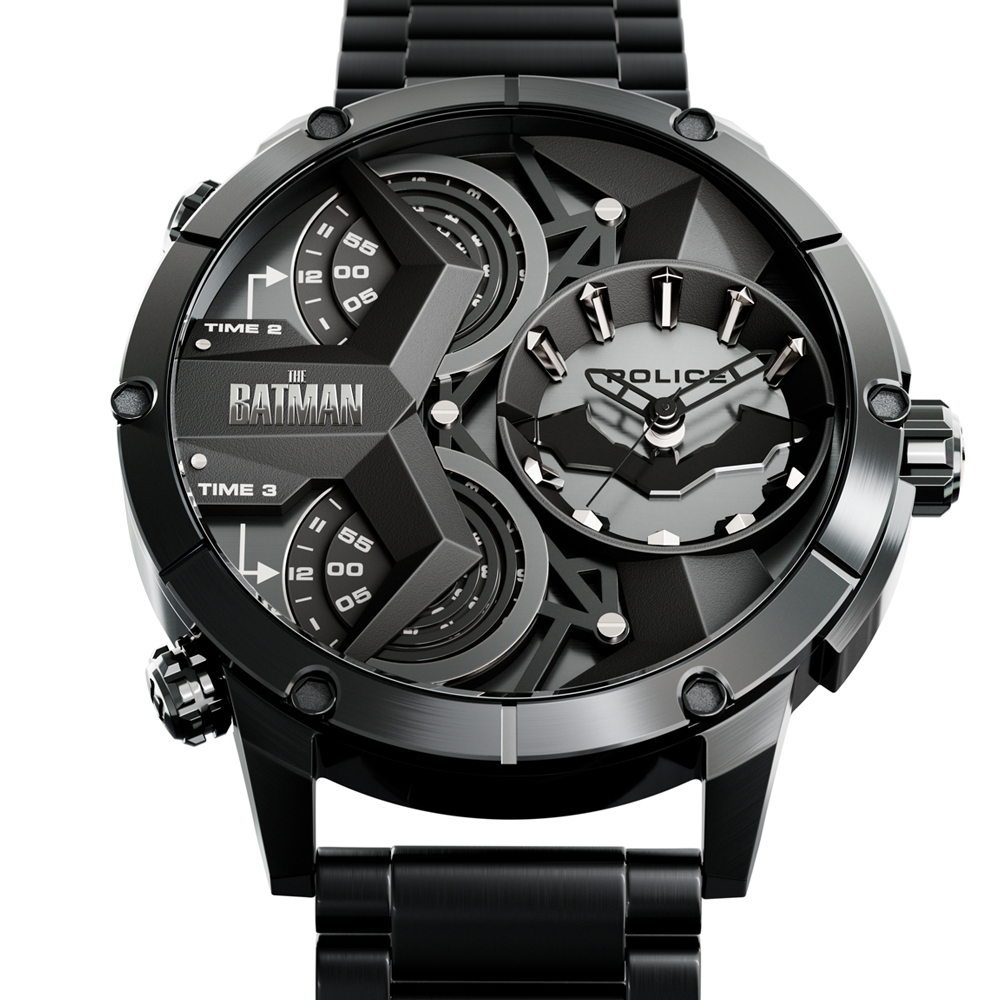 The unabashed fury of THE BATMAN takes shape in the Vengeance edition. This timepiece is set with three dials for three separate time zones and comes in a black plated stainless-steel case and bracelet. The main dial is housed deep inside, with hour-markers rising upwards and outwards. The case and dial are wrapped in character with industrial screws and creative Bat Symbol layering that create a sense of depth and innovation. Each grooved crown carries the famed ‘P’ logo. 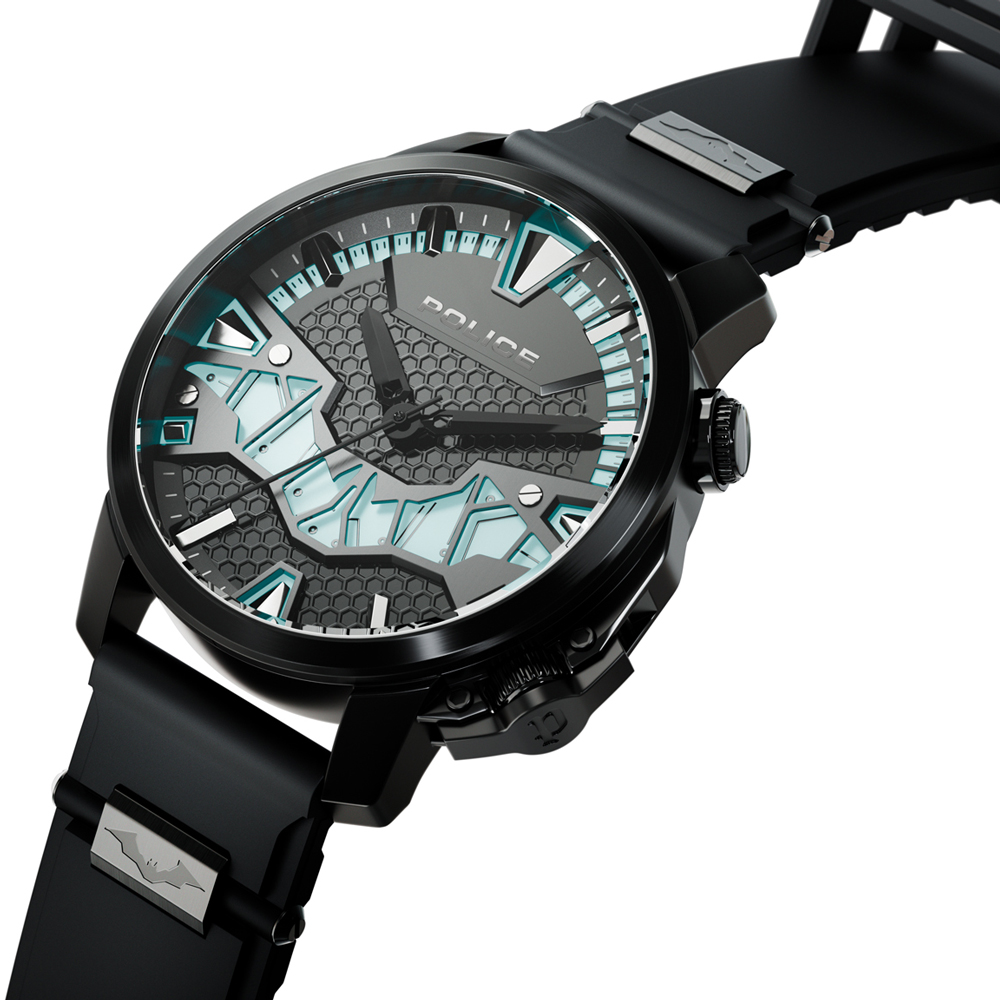 An ode to the city that witnesses it all, The Gotham City edition comes alive with a radiant backlight feature inside a black plated stainless-steel case. The legendary Bat Symbol lights up across the dark honeycomb dial. A prominent crown is placed at the 4-hour position and is protected by the addition of a functional metal clasp. The watch is finished with a soft touch black silicon strap with The Bat Symbol engraved on metal hardware on each side. 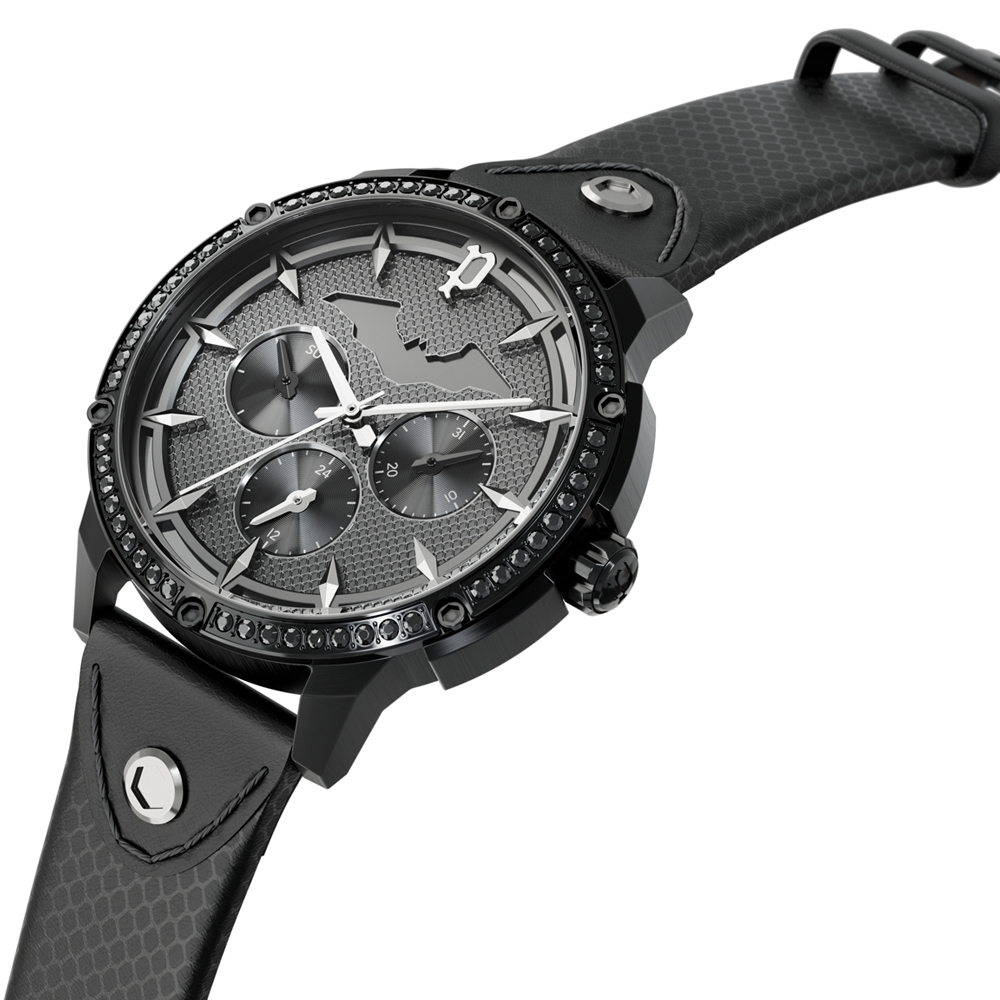 A sleek multi-dial timepiece inspired by the swift and agile persona of the Catwoman. The watch comes in a black plated stainless-steel case and is adorned with a jet-black stone encrusted bezel. The textured two-layered dial has a recessed Bat logo and is complemented by 12 beautifully faceted hour-markers and faceted polished hands, all in perfect sync with the Catwoman style. The leather strap has a character all of its own, textured in the finish with functional hardware embellishments.

Celebrate the return of THE BATMAN to the cinema screens by boasting a Police X THE BATMAN watch and being one of 10,000 owners to hold this incredible timepiece. The four limited-edition watches will be available to purchase from Friday 4 February 2022 across all leading watch retailer stores.

0
Aakanksha Naval-Shetye January 19, 2022
No Comments Yet

The action-packed trailer of Disney and Pixar’s Lightyear is all things WOW!