Anushka Sharma announced her pregnancy recently and took the internet by storm. What caught our attention apart from her adorable baby bump was the gorgeous black dress with white polka dots that Anushka was posing in. The momma-to-be rocked the look in the Polka Dots dress! But the actress isn’t the only B-Towner whose wardrobe boasts of the colour and print combo! Here’s taking a look at some of the other hotties who’ve made a style statement in the black-and-white polka combo: 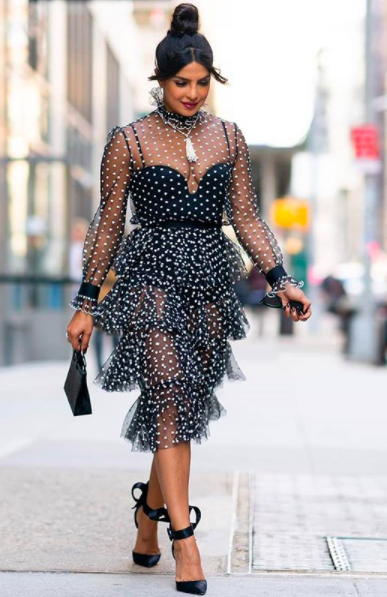 It is no secret that PeeCee can make the simplest ensemble look stylish. Priyanka Chopra Jonas opts for the ballerina look in a black net polka-dotted dress with frills that spread like a tutu paired with a corset underneath. PeeCee also puts on heeled pointe shoes and a ballerina updo to complete that look. 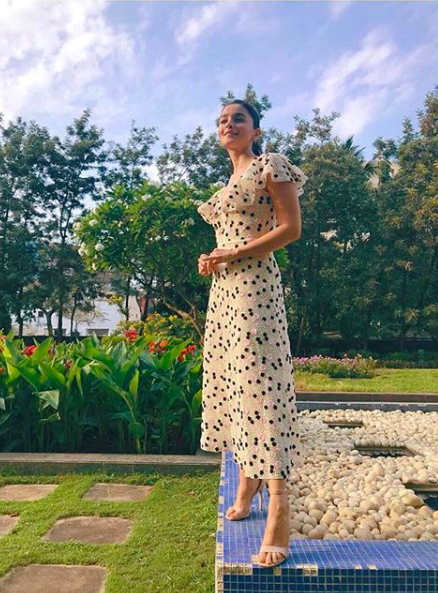 Alia Bhatt reverses the color combination with an off-white dress and black polka dots. The only embellishments in Alia’s dress are the frills around the neck. Alia wears a simple ponytail and nude stilettos that goes perfectly with the simplicity of the dress. 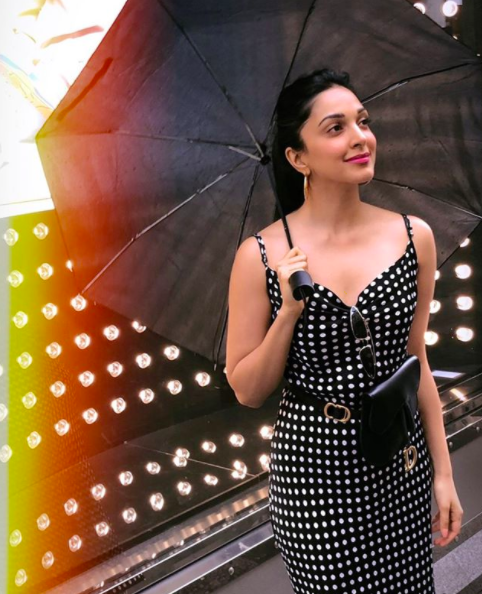 Kiara Advani’s look is chic and classy. Her spaghetti strapped dress is paired with a Dior belt and a leather fanny pack. She also carries a pair of biker sunglasses to go along with it. 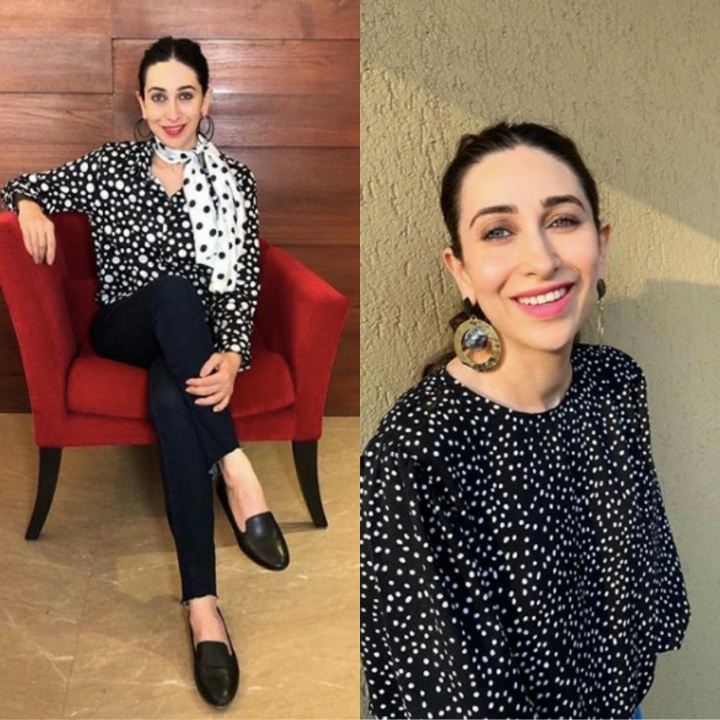 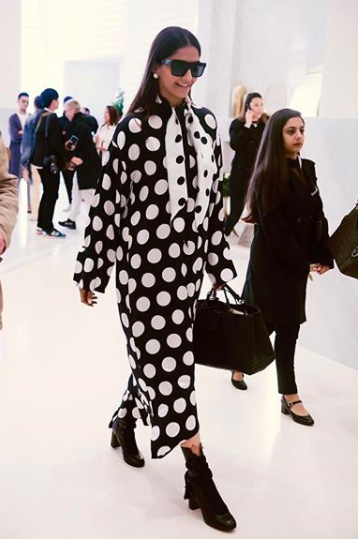 We all know Sonam K Ahuja never misses out on trends, in fact, she creates some too. Sonam’s scarf look looks quite similar to what Karishma Kapoor has done, the only difference being that Sonam wears a black dress with white polka dots instead of a top. Moreover, her polka dots are much larger. She pairs it all up with a pair of wayfarers and a pair of black boots. 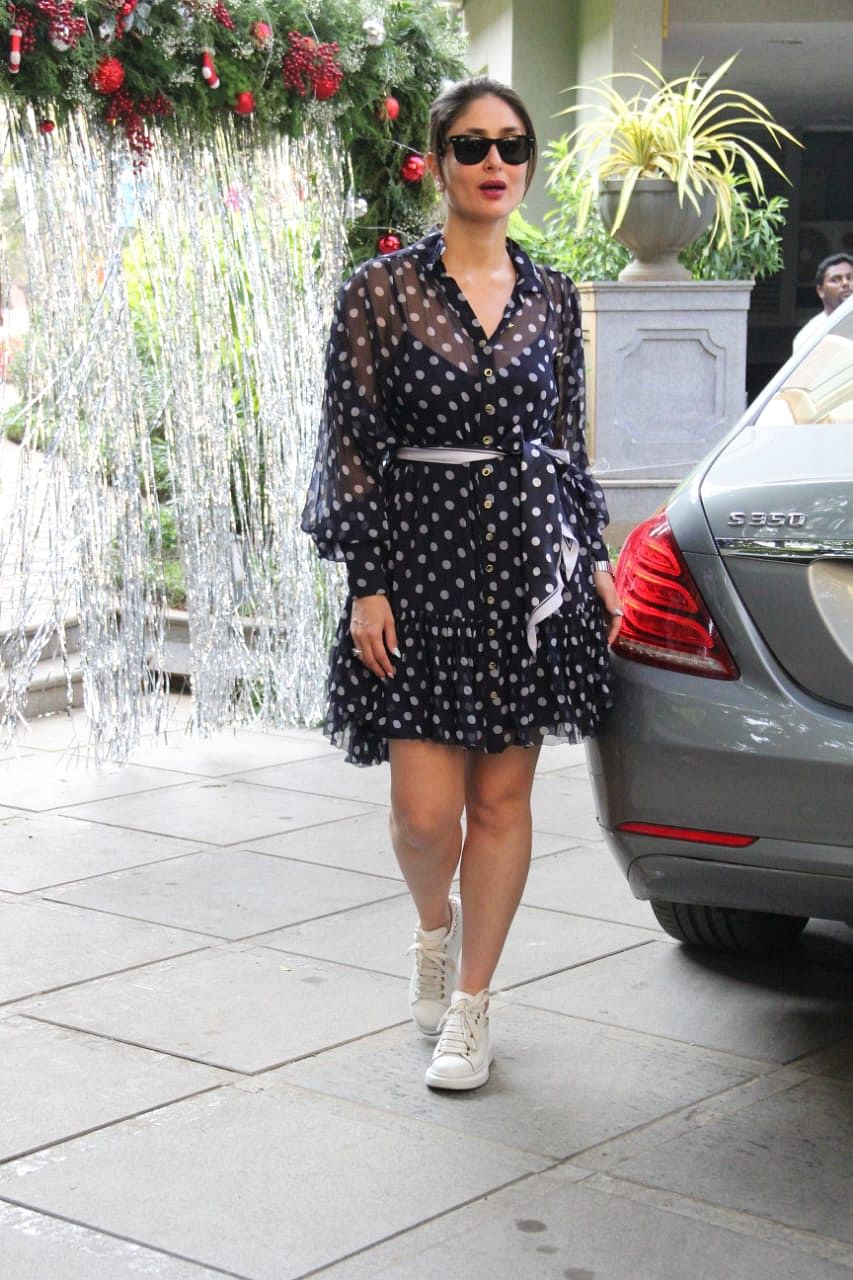 Kareena Kapoor Khan goes for a look that is both chic and sporty. She pairs up a collared net black dress with white polka dots. The dress, although simple, has details like slight frills, bell sleeves, and a belt that camouflages with the dress. Kareena completes the look with a pair of white sneakers. 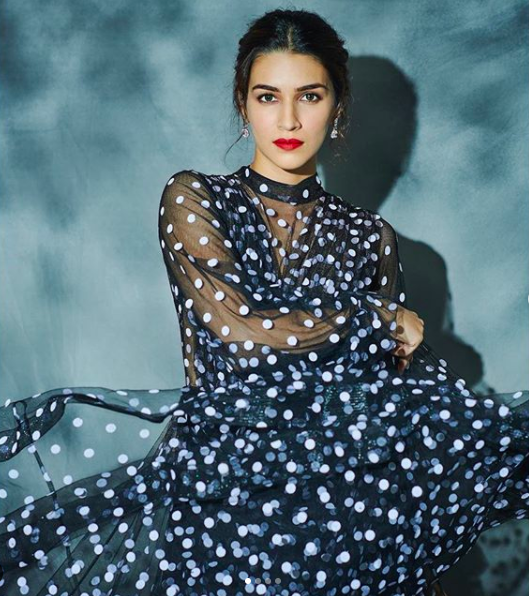 Kriti Sanon also chooses a net black dress with white polka dots. The dress is funnel-necked with frills around the skirt and at the cuffs. Sanon goes for a fierce look with a bright and bold red lipstick.

High notes: Payal Dev gets candid about music, and her dream albums