Sana Khaan confirmed her wedding rumours with an Instagram post with Anas Sayed. The former actress married the Gujarat based man in an intimate ceremony on Friday, November 20 in Surat. She posted a picture on her Instagram with the caption, “Loved each other for the sake of Allah. Married each other for the sake of Allah. May Allah keep us united in this duniya and reunite us in Jannah… #sanakhan #anassayed #nikah #married #20thnov #alhumdulillah.” The actress looks ethereal in her red lehenga alongside her husband. She has also changed her name to Sayeid Sana Khan after marriage. 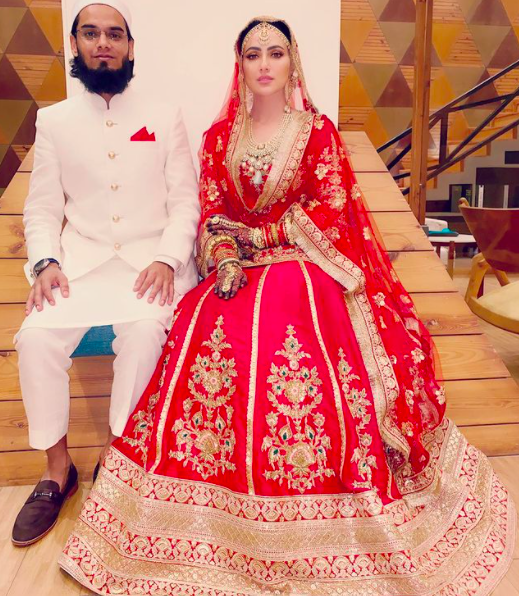 Before the Wajah Ho Tum actress made it official, the internet was rife with rumours of her marriage after a video of the ceremony and a picture of her cutting a chocolate cake with Mufti Anas went viral. The Bigg Boss 6 contestant had announced that she will be quitting the showbiz industry to serve humanity in a tweet on October 8.

Currently, the former actress owns and runs a luxury skincare brand called Face Spa by Sana Khan. She has been a part of reality shows like Bigg Boss 6 and Fear Factor: Khatron Ke Khiladi. She was also a part of blockbusters like Jai Ho, Halla Bol, and Toilet: Ek Prem Katha, starring Akshay Kumar.

Congratulations to the happy couple!

Birthday Special: 5 times Scarlett Johansson amazed us with her roles!