Not just any artist, Taylor Swift is a plethora of talent. Renowned singer-songwriter completes her 15 remarkable years in the industry and has grown to become a household name. It was her first single ‘Tim McGraw’ that got her trending on the country charts back in 2006. Her debut album went on to sell more than 5 million copies, that gave her career a jump-start. Followed by mega hits like ‘Our Song’ and ‘Picture to Burn’.

Little did we know she was one of the greatest pop-stars in the making. Taylor is popular for tapping and experimenting with different music genres like folk, rock and electropop. Her songs revolve around her life and are a form of expression to her perspectives and thoughts. Achieving milestones, she went on to become one of the best-selling music artists with sales of over 200 million albums worldwide. Taylor has managed to rack up 11 Grammy Awards in her kitty with albums like ‘Fearless’, ‘Red’ and the latest addition, by winning 2021 Album of the year ‘Folklore’.

Apart from her phenomenal contribution to the world of music, Taylor and her transitional fashion style is a voice of its own. From her unstructured mini suit at NME Awards 2020 to her last appearance at Grammy Awards 2021 wearing a embroidered flower appliqué dress grabbing all the eye balls. Fierce statement ensembles have been her idea of fashion and glam. 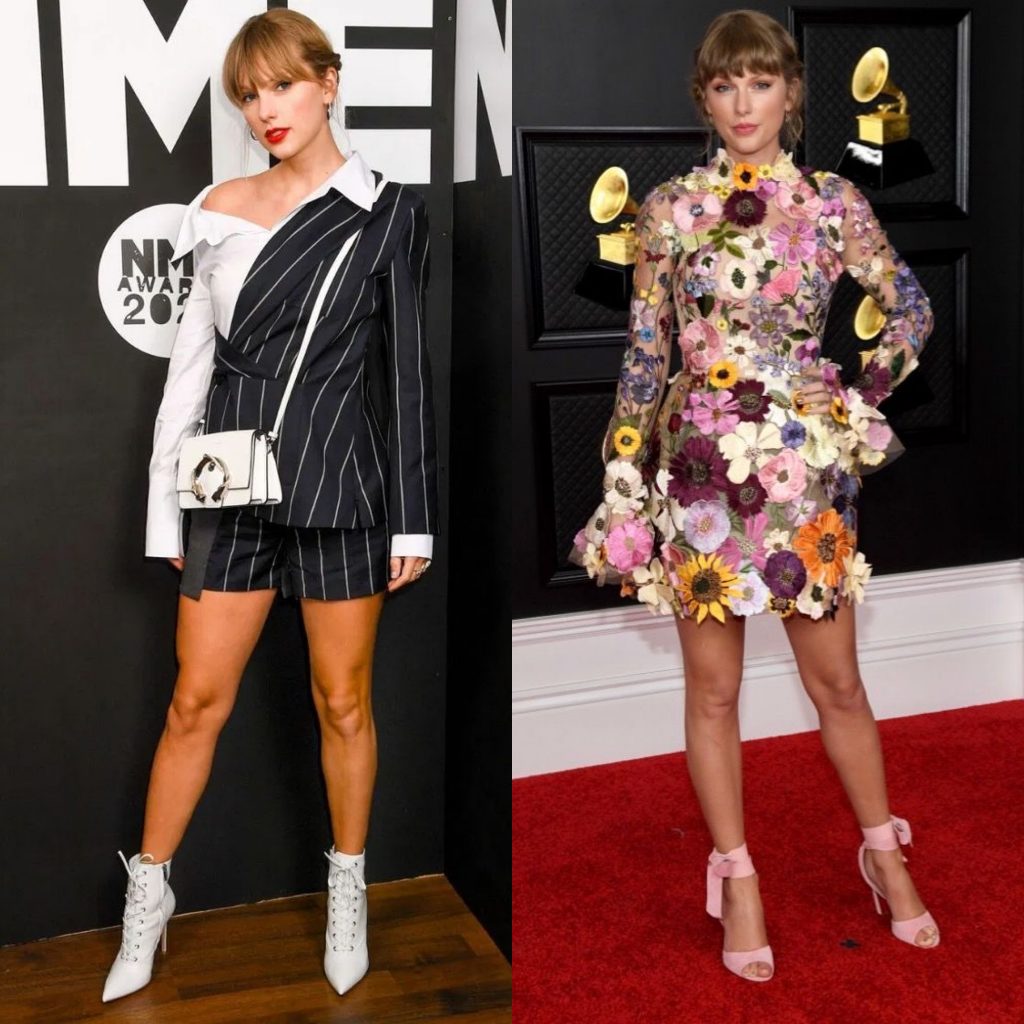 Looking ahead, Taylor is all set to re-record ‘Red’ with 11 new songs, an all new take on the album which garnered her an entry to the world music. She also went on confirm a 10 minute song in the latest upcoming. Which is quite a treat to all the Swiftians!