“I am a huge Hrithik Roshan fan. He is the handsomest man in the world.  I had sent him the trailer of my film Minnal Murali and in 3-4 days he not only replied to me, he even tweeted it,” says Tovino Thomas, Malayalam cinema’s current hearthrob.  His team is planning to ask Hrithik to release the film as well. The Covid 19 situation has brought a halt to the film’s shoot. However, the support from across all film industries was overwhelming, with known stars sharing the trailer. The names included Abhishek Bachchan, Arjun Kapoor, Rana Daggubati, Yash, Vijay Sethupati, Keerthy Suresh, Prithviraj and Fahad Fasil.

Tovino is all praise for his director Basil Joseph who he feels, is not just hardworking and determined, but won’t stop till he gets what is required. “He might look like a 17-18-year-old but is a maverick.” 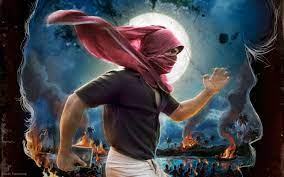 The actor who started his career with Prabhuvinte Makkal directed by Sajeev Anthikkad in 2012, feels that Basil’s films are strung to each other in a unique way. His film Kunjiramayanam is set in an imaginary village called Desham and in Minnal Murali there is a bus going to Desham and Godha, the setting of his earlier film. Minnal Murali is itself set in an imaginary village. So, Basil creates his own world and audiences are drawn to this world.

Ask him about the film and he says that though it is a superhero movie, it doesn’t have too many special effects to cushion the character. In fact, it loaded with humour.”

How does he see Malayalam cinema’s discerning audiences react to a superhero film? “In the beginning of the film itself, if you shed a set of logical issues, the audiences are forgiving. Minnal Murali is not a flying superhero. He is grounded and he is a more powerful version of himself in his superhero avatar,” adds Tovino.

Ask him who are his favourite superheroes and he mentions Superman. He also owns a couple of superman toys and several Superman T shirts. In fact, he also owns the first copy of the Superman comic dating 1975. “I always liked Henry Cavill as Superman and not Christopher Reeve,” he says. Tovino toned himself up for his role. One of the fittest actors in Malayalam cinema, he lost 5-6 kilos for the film that shoots in a chronological manner. The initial scenes have a chubbier version and he goes lean as the film progresses.

He doesn’t call himself a star but an actor and he is all for doing character roles such as the ones he did in Theevandi, Uyare, Lucifer and Virus etc. “I am happy to explore various characters and story lines. Acting is an art for me not business. I have a production company but I have two business partners who run it. I only handle the acting side of the business,” he adds.

The lockdown has given him time with his family. “My daughter, son and wife have never seen so much of me. I am happy that I have been part of my son’s first four months completely,” he adds. Tovino has also fulfilled his childhood dream of having pets. “My mother didn’t allow pets when I was growing up. So now I convinced her. I have chicken, pigeons, doves, fishes, two dogs etc. I have a dog trainer friend and sometimes I visit his facility and play with all the dogs. Sometimes I feel you can depend more on animals than human beings”.

Along with Prithviraj and Jaisurya, he has volunteered to be part of the government initiative to battle Covid 19.

"An Ode to the Culture of Modern India" - Sonam Kapoor and Anamika Khanna collaborate and wow audiences world over!

Being multi-lingual is an advantage. Check out Priya Mani's forthcoming projects.