The star-kid has been roped in by Bunty Walia for his All Stars Football Team whose players include Abhishek Bachchan, Ranbir Kapoor, Aditya Roy Kapur, Arjun Kapoor, Kartik Aaryan

Our B-Towners’ fascination for football is well-known. From John Abraham to Ranbir Kapoor to Abhishek Bachchan… all of them are avid football fans. But what sets them apart is that not just watching, these stars love getting down and dirty, playing on the field too. 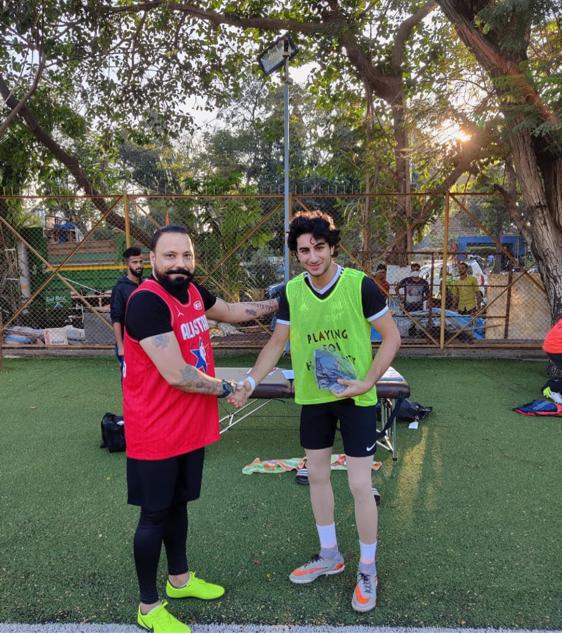 While the young starkid has played with them earlier, it’s only now that he’s on board as team player after Walia asked him to be a part of it. Ibrahim has shown amazing soccer skills in the past and is an active player too.

Is Bhool Bhulaiyaa 2 a ghost story?

Liger poster: Vijay Devarakonda packs in a punch in the first look of the action-thriller