Bringing the best of global entertainment to the television screens, Zeeplex continues its impeccable streak of bringing the best of content to its audience. In the latest conquest, ZeePlex has acquired the rights to the Hollywood film Unhinged.

Launched by media and entertainment giant Zee, Zeeplex is a pay-per-view service, which will make cinema viewing experience at home similar to theatre style. People can book their shows in advance. It is India’s 1st C2H service on TV and digital platforms. 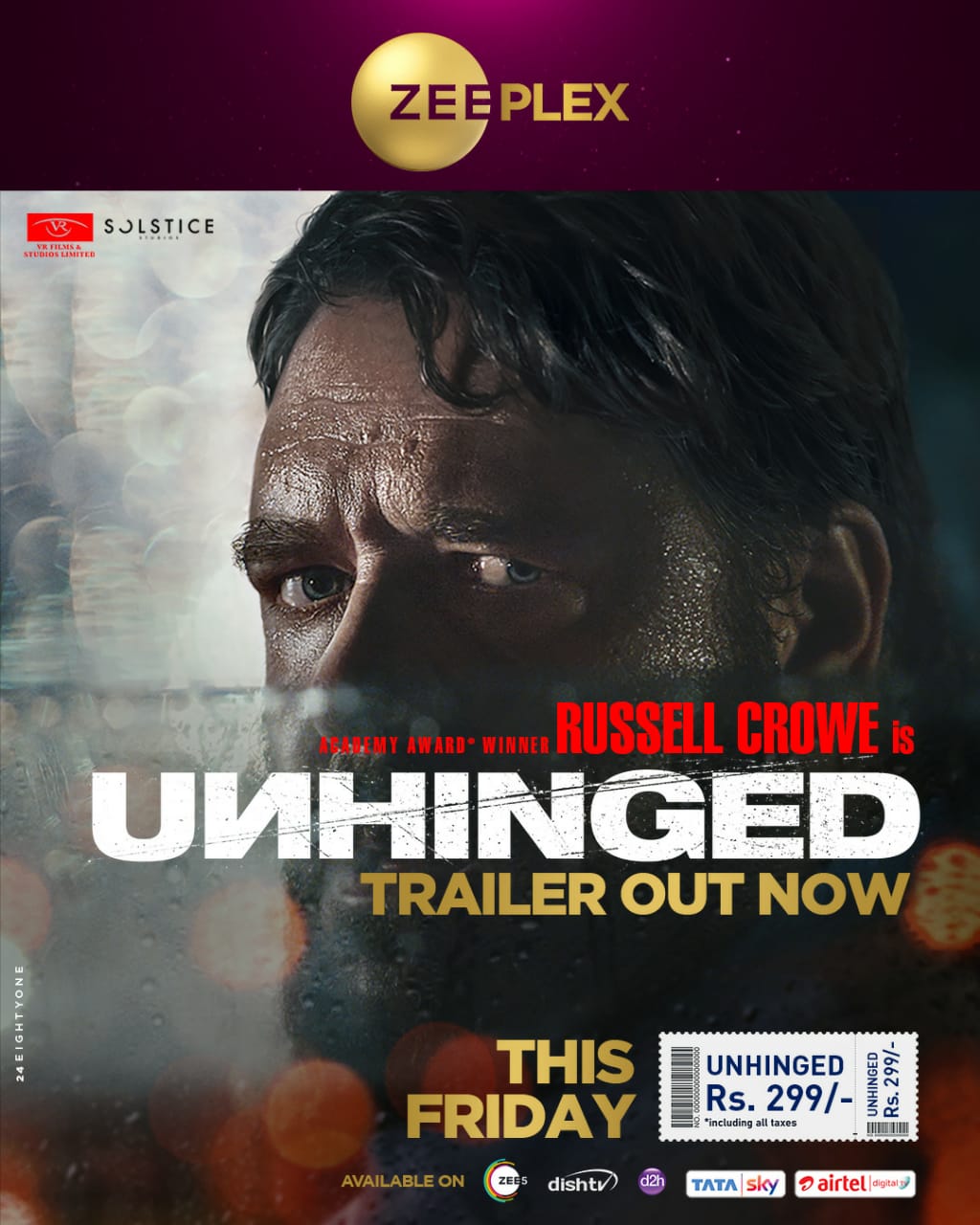 The psychological thriller, one of the most anticipated films of the year, is sure to be a treat for the television viewing audience. The film talks about road rage and a story of how it gets ugly in the life of the protagonist.

Zeeplex aims at re-inventing and once again making the television viewing experience popular by bringing together families to watch the small screen together.

Talking about acquiring Unhinged for the audience, Shariq Patel, CEO, Zee Studios says, “We aim at bringing the best content to the viewers through the medium of television. Television viewing has been part of family bonding for generations. By bringing top-notch content like Unhinged, we want to keep that practice going with a higher dose of entertainment.“

Joy of Gifting: This Diwali bring the luxurious hot towel shave right in the comfort of your homes with GilletteLabs’ Heated Razor!

Is Aditya Roy Kapoor gearing up for a music debut?