Amazon Prime Video today launched the thrilling trailer of Venkatesh Daggubati and Priyamani’s much anticipated Telugu action-drama film, Narappa. Set in the fields of Andhra Pradesh, the emotional and gripping saga of a farmer and his family, the film is sure to tug at all the heartstrings keeping the audience hooked till the end. The film is jointly produced by Suresh Babu & Kalaippuli S. Thanu, directed by Srikanth Addala, and stars superstar Venkatesh Daggubati and Priyamani in the lead alongside Ammu Abhiraami, Karthik Rathnam, Rajsekhar Aningi, Rao Ramesh and Rajiv Kanakala in the pivotal roles. 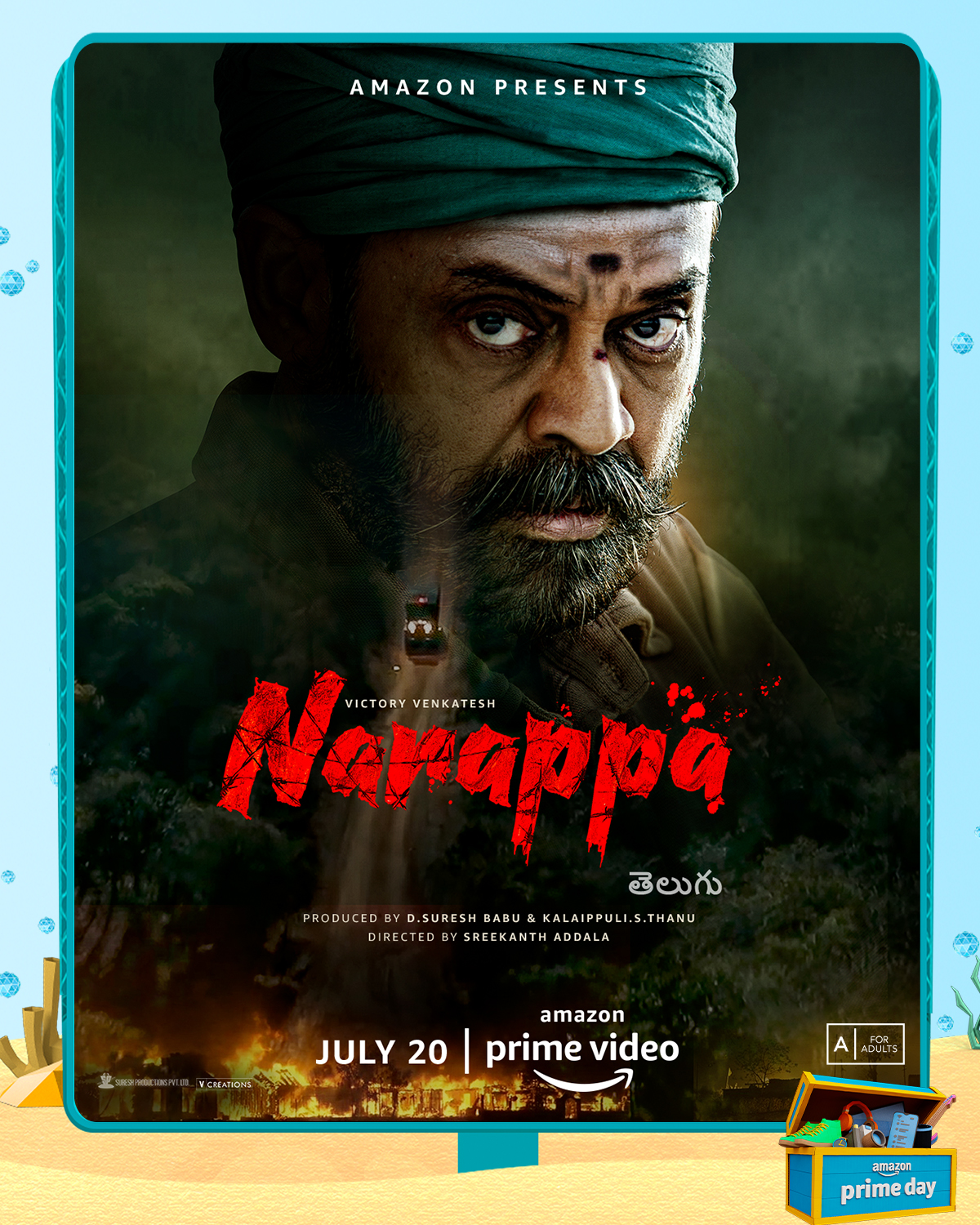 The film brings to the fore, a riveting tale of Narappa (essayed by Venkatesh Daggubati) and his family and the unseen struggles of a farmer. As shown in the trailer, the aspect of ‘Family’ is at the heart and core of the movie’s theme and how the protagonist goes an extra mile to protect his loved ones and the family’s pride. The action drama captures this special sentiment through a beautiful narrative while highlighting a unique bond between a father and a son. Audiences can catch the world premiere of Narappa on 20th July 2021 exclusively on Amazon Prime Video which will be available in India and across 240 countries and territories.

Speaking about the exciting launch, co-producer Suresh Babu said, “Narappa is a story that holds a special place in our hearts. Its narrative is layered and quite thought-provoking. From the Venkatesh to Priyamani, every cast as well as crew members have put in an incredible amount of love and dedication to bring this story alive. We wanted every viewer to leave with more than just a story and that is exactly what this gripping drama has to offer.”

Adding further, co-producer Kalaippuli S. Thanu said, “I am quite honoured to be a part of this phenomenal film in my own way. The film’s core message is very powerful and unnerving to the harsh realities of life. It does not shy away from the truths. I am certain that it will impact in ways that no one would expect. I am incredibly happy that we are able to showcase our film to audiences across 240 countries and territories.”