All Things Filmy, Bollywood, Entertainment, Features, Filmy
2 months ago
by Manju Ramanan
0
Over the years, Hindi film industry has gifted us with some of the finest movie stars who have time and again won hearts with their breakthrough performances. Speaking of which we have two actors who continue to make a difference with their solid sense of script, which include Aamir Khan and Rajkummar Rao. The two shared screen space in Talaash and in a scene that was perhaps the only comic relief scene in the film. 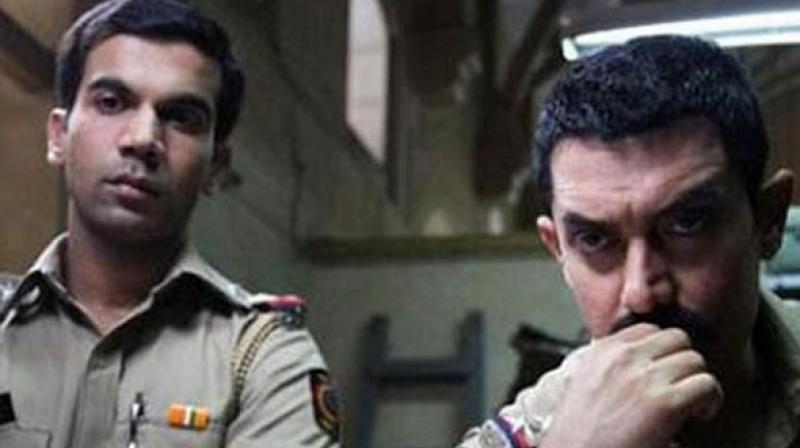 Known for gifting us with some of the most Iconic and loved films of all times, these two have changed the face of Indian cinema with their unconventional movie choices. Right from playing a naïve sari salesman and a rowdy man in his critically acclaimed film Bareilly Ki Barfi to portraying the role of an honest clerk in ‘Newton’, and then turning into a ladies tailor in horror-comedy Stree – our very own Rajkummar Rao has done it all.
Similarly, mister perfectionist Aamir Khan has always given more importance to the craft than his stardom. Back in the days, he played an underdog college kid in the cult coming-of-age sports film – Jo Jeeta Wohi Sikandar, Khan was then seen playing an uneducated, street-toughened orphan in musical Rangeela, followed by the much loved all-time classic Dil Chahta Hai alongwith an exceptionally unique college student in 3 Idiots, an ageing, overweight father and wrestler in Dangal, and a cop in Talaash: The Answer Lies Within.
Looking back at Aamir Khan and Rajkummar Rao’s incredible filmography, it’s easy to say that both the self-made actors have made a mark with stories and characters that are inspired from everyday life rather than boasting of larger-than-life heroes who seem a little outdated in today’s time and era.
Meanwhile, on the work front, Rajkummar Rao will be next seen in the highly anticipated Badhaai Do which features him playing the role of a solo male cop in a women’s police station. We are super kicked about this one, what about you?
Previous Article

22 years of 'Hum Dil Chuke Sanam'. Here's looking back at the SLB classic!