This is one of Hindi cinema’s most endearing love stories. Anil and Sunita Kapoor dated for 11 years before they decided to tie the knot.The dashing duo met with the help of their friends. The actor’s friend gave Sunita his number to call him. When Anil Kapoor heard Sunita’s voice, he instantly fell in love with it. They started talking and became friends.

During his days of struggles, Sunita was by his side. She was the daughter of a banker and had a career in modeling. Anil struggled to get good roles in films, and Sunita kept supporting him unconditionally. When he got his first big break with 1985 released Meri Jung, he decided to propose to Sunita for marriage. It was on May 17, 1984, that he signed the film. And why didn’t Anil ask Sunita to marry him earlier? Because she had told him that she will not enter the kitchen and cook. So when he bagged Meri Jung he thought that now he will be able to to afford a house and a house-help and therefore, it was the right time to propose to her. 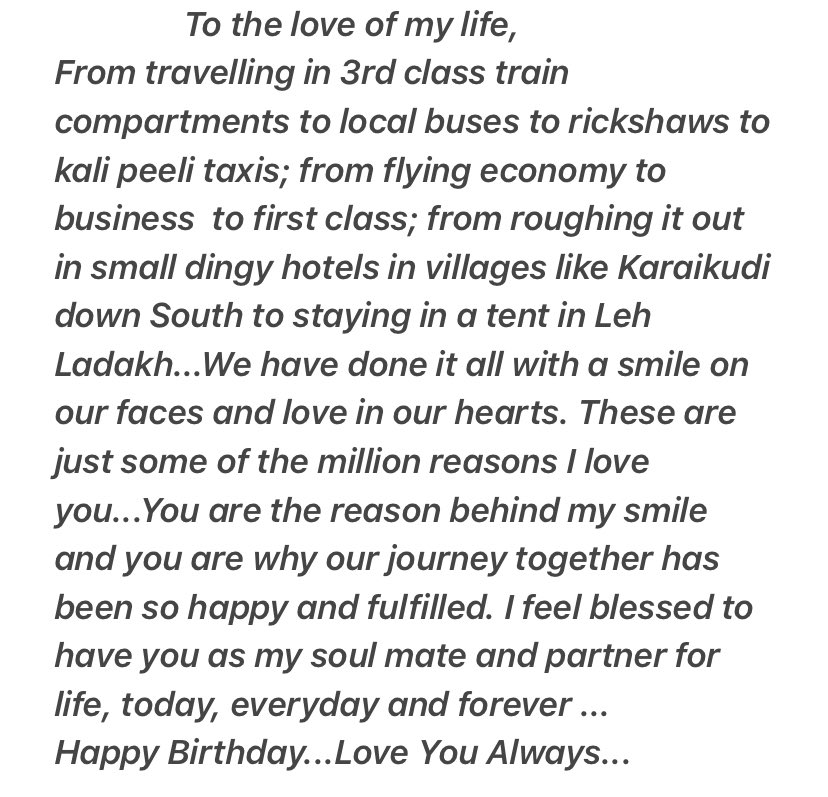 It was Sunita’s idea to get married the next day. She said, “It’s tomorrow or never.” Today, Anil Kapoor shared a mushy post to wish his wife on her birthday today. He recounts their struggling days and how she never left his side through various phases of their lives together.