Here are the tweets below.

Amma’s unmatched grace and her stunning screen presence is known to all. Witness her fanfare from Cinema to CM. #ChaliChali #MazhaiMazhai #IlaaIlaa out!

The song features Kangana as a young Jayalalitha dazzling the silver screen during her heydays in South cinema. While the foot-tapping tune has been composed by GV Prakash Kumar, and Saindhavi has crooned the soulful number in Telugu, Hindi and Tamil. Draped in a pink wet saree, Kangana Ranaut can be seen pulling off some great expressions and mesmerizing dance moves choreographed by Brinda Master. 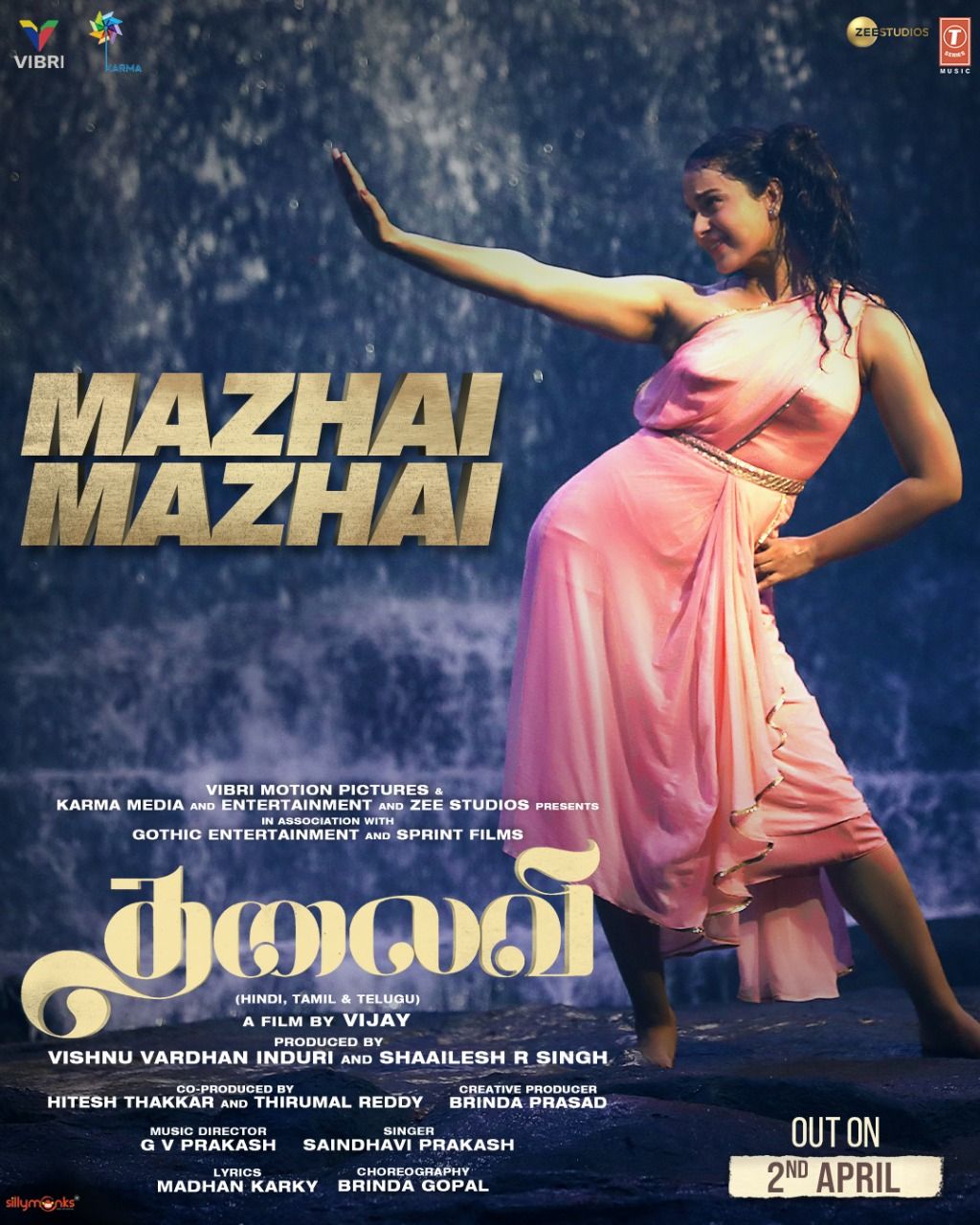 Thanking Samantha for releasing the beautiful song, Kangana termed the former as the epitome of women empowerment. She wrote on her Twitter handle “Thank you my dear @Samanthaprabhu2 for being so gracious… You are epitome of woman empowerment, we need to empower each other and that’s real feminism. Thank you”. Responding to the Tweet, the Rangasthalam actor commented with the word ‘Queen’.

A couple of weeks ago, Samantha heaped praise on Thalaivi trailer and called Ranaut the bravest, most daring and indisputably the most talented actress of our generation. Simultaneously shot in Hindi, Tamil and Telugu, the film is a biopic on former actress and six times Chief Minister of Tamil Nadu, J Jayalalithaa. Directed by AL Vijay, Thalaivi chronicles her life from being a reluctant movie star to association with MG Ramachandran and her rise to power in politics.

The film also stars Arvind Swami as MGR, Nassar, Bhagyashree, Samuthrakani and Madhu Bala in crucial roles. Slated for a worldwide release on April 23, the film is co-produced by Vishnu Vardhan Induri and Shaailesh R Singh. While GV Prakash Kumar has composed the music, Vishal Vittal has handled the camera.

Siddharth’s first look in Maha Samudram unveiled on his birthday