Ten years ago, the  renowned nature filmmaker Craig Foster started free diving in the icy, ocean waters off the Western Cape of South Africa. He was suffering from a burnout and was looking to be inspired by life and its mysteries and that inspiration arrived in the form of a common octopus.

An anti-social being, the Octopus shies away from human contact usually and Foster first saw her camouflaged beneath a pile of abandoned shells . So mesmerized was he at her that he resolved to visit her every day. It resulted in a Netflix original documentary, My Octopus Teacher, that chronicles the year long relationship between man and cephalopod. 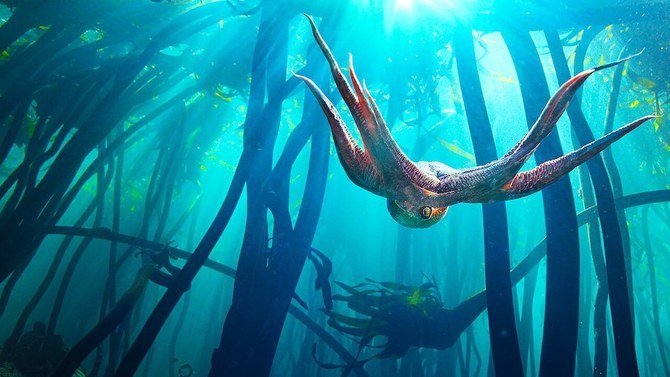 The film is a unique example of interspecies friendships between a human being and an aquatic animal. At first, the octopus is reluctant to move about freely in Foster’s presence, but over time she inches toward Foster and hesitantly unfolds one of her arms onto his hand, playfully latching on with her suckers. The unexpected gesture of connection is a touching moment in the film.

While meeting the Octopus daily, Foster learnt about the fragilities of life under the seas and how the Octopus protects itself, hoodwinks predators like the pyjama sharks, hides under empty sea shells, camouflages itself, even rides above the shark to save itself.  All the while, Foster reads it as a lesson that his guide, the Octopus is teaching him – things he starts implementing in his own life through this unique connection!

Love in its purest form

Foster develops a bond of love with the Octopus, never for a minute crossing the line between animal and man.  He watches her being hunted by the pyjama shark who severes one of her arms and then he watches her retire to her abode and grow back that arm. He is compelled to save her but doesn’t interfere with the laws of the wild and merely watches her combat challenge after challenge. At one point in the film she latches onto his chest, as though she were hugging him. “I fell in love with her,” Foster later reflects on his time with her, “but also with that amazing wildness that she represented and how that changed me.” 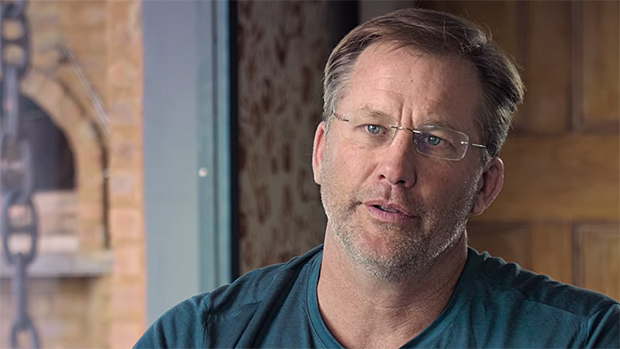 Usually people who are overwhelmed with the world have been advised to spend time with nature. Documentarian Craig Foster, who directed 2000’s film The Great Dance about a group of expert hunters in the Kalahari desert who can track absolutely anything, experienced his own period of depression that drove him back to the South African coast, where he braved the freezing waters and dense kelp forests to befriend a clever little octopus who stole his heart. Out of the footage he took, directors Pippa Ehrlich and James Reed, with the help of underwater cinematographer Roger Horrocks, made  this film. The film ends with Foster learning some life lessons and developing a stronger bond with his son. Nature is the best teacher and here, the ambassadress is a common Octopus.