Abhishek Bachchan clearly is a man of his word! His upcoming release Dasvi was filmed on location at Agra Central Jail. While shooting for the social comedy, Abhishek struck up a cordial relationship with a few of the inmates, even promising them an exclusive screening of the film. A promise the inmates never thought would actually come true! 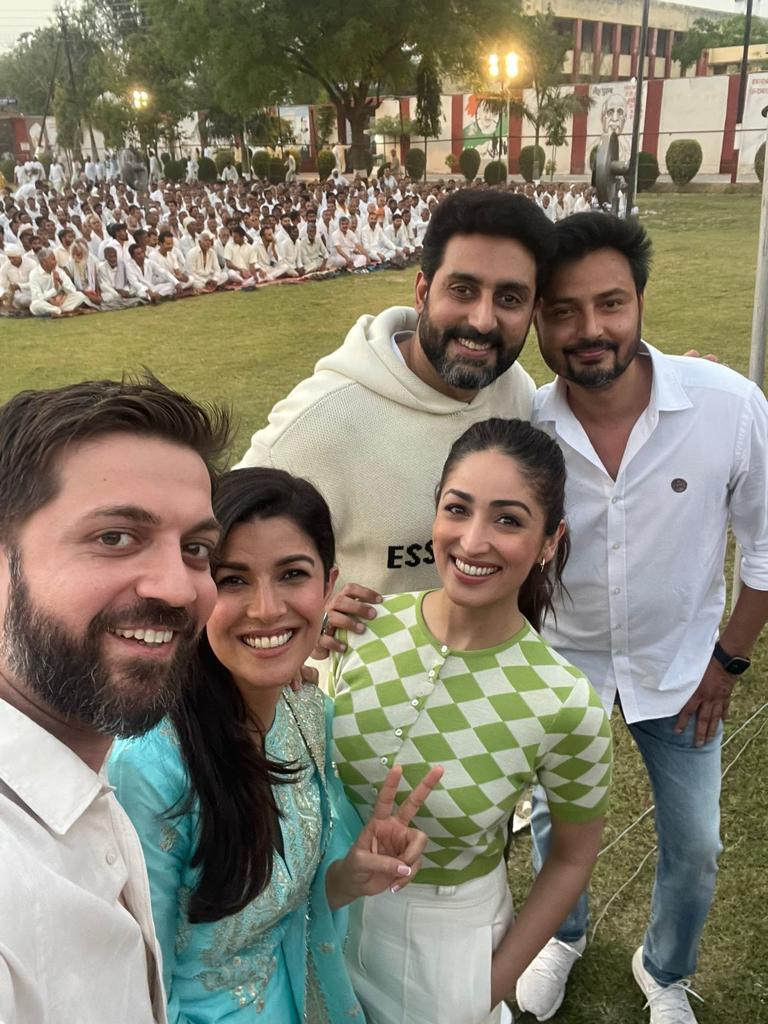 But Abhishek fulfilled his commitment. The actor returned to the city to screen Dasvi for 2000 prisoners. The grand set-up saw senior officials welcome the cast and crew that included Abhishek as well as co-stars Yami Gautam, Nimrat Kaur and director Tushar Jalota.

Abhishek took to his social media and shared a heartfelt note. He wrote, “Last night I managed to fulfil a commitment I made a year ago. The first screening of our film #Dasvi held for the guards and inmates of Agra Central Jail.
We shot the film here. Their reactions are memories I will remember and cherish for a lifetime.”

The Bollywood star also donated an assortment of books for the inmates to enjoy at the library. Sources close to the crew reveal that the inmates were humbled by the actor’s thoughtful gestures. They also went gaga over Abhishek’s character Ganga Ram Chaudhary. The screening was filled with genuine warmth towards the entire Dasvi team.

Jio Studios and Dinesh Vijan present, Dasvi. A Maddock Films production, directed by Tushar Jalota, starring Abhishek Bachchan, Yami Gautam and Nimrat Kaur among others, produced by Dinesh Vijan and Bake My Cake Films, the film will stream on Jio Cinema and Netflix from 7th of April 2022.

2022 Oscar Fashion Diaries: Check out these stars in Givenchy