Harshvardhan Rane is all set to celebrate his birthday in the most special way today (December 16). The Taish actor is on a roll with plum projects on his platter and is currently shooting back-to-back. So much so, that he’s been working on his birthday too. The actor is currently in Malshej (outskirts of Mumbai) shooting for an SUV commercial.

Sharing a post on his Instagram, the actor wrote: “Blessed to be working on my birthday with one of the purest genius of our country  @lloydbaptistaa ♥” 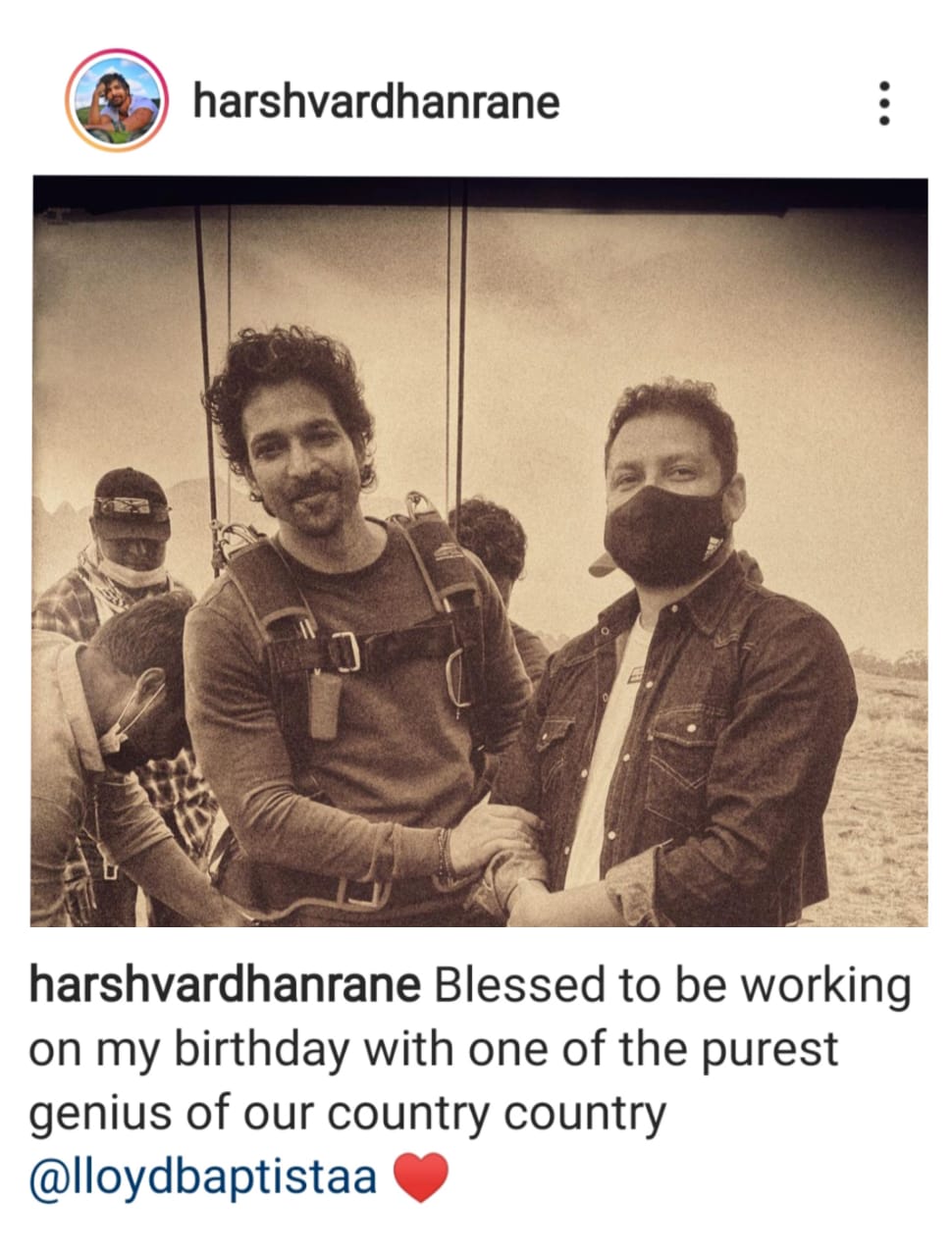 And it’s a double treat for the Sanam Teri Kasam star who loves the outdoors. In fact, the actor is known to take off to camping and mountaineering destinations like Hrishikesh every year to celebrate his birthday, where he enjoys time off in the outdoors with no connectivity back home. And though he’s shooting this time around, he’s thrilled to be a part of an outdoor shoot where he gets to enjoy driving around in the wild.

The star – who has been garnering much acclaim for the Bejoy Nambiar movie that got turned into a series for Zee5 – has Kun Faya Kun and Vinil Mathew’s Haseen Dillruba with Taapsee Pannu.

0
Aakanksha Naval-Shetye December 16, 2020
No Comments Yet