While it is her mesmerizing voice that leaves you spell-bound, it is Asha Bhosle’s contagious zest for life and the loving warmth she exudes that not only make her one of the most-iconic personalities of Indian cinema, but also one of the most-loved figures too. The enigmatic legendary singer, Asha Tai – as she is most lovingly called – has won hearts the world-over with her mellifluous voice sprinkled lavishly with what can either be a promise of classy sensuousness or a sparkle of mischief. Today (September 8), the Queen of Indie-Pop celebrates her 87th birthday surrounded by her family and the love that has been pouring in through the wishes on the social media. Currently in Lonavala, the senior singer brought in her birthday with her youngest son Anand, daughter-in-law Anuja and grandchildren Zanai and Ranjai and plans to spend the day interacting with fans, loved ones and well-wishers online. 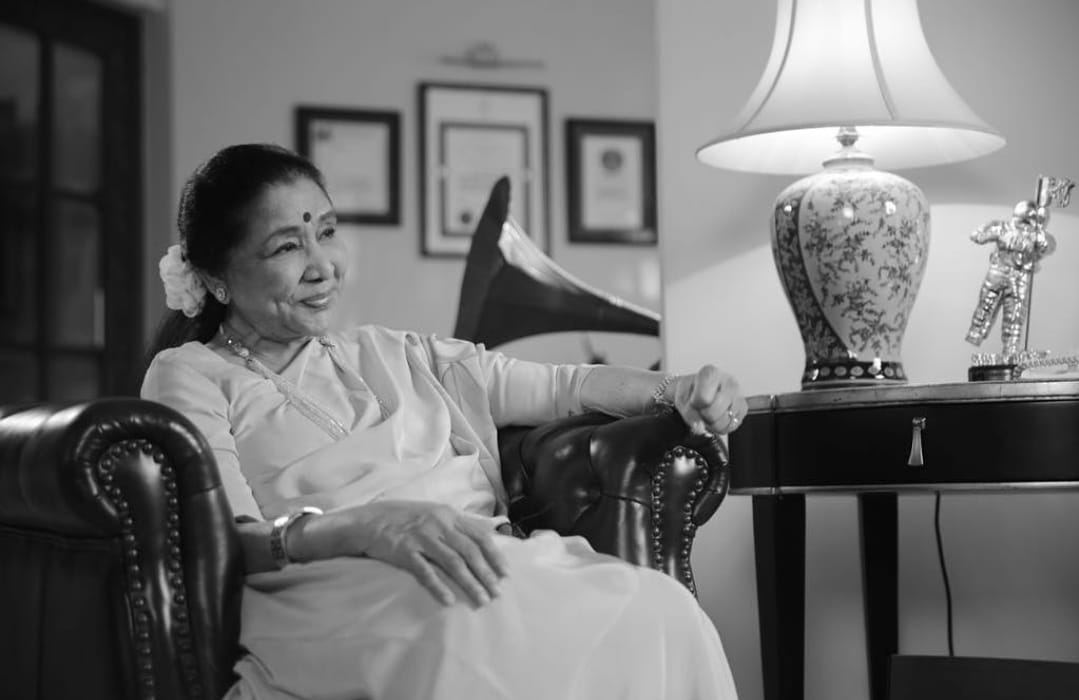 Born to renowned classical singer Pandit Dinanath Mangeshkar, Asha Tai began her journey as a singer when she sang her first Marathi film song ‘Chala Chala Nav Bala’ for Majha Bal (1943). She made her Hindi film debut with the song ‘Saawan Aaya’ for Chunariya (1948), but her first solo Hindi film song was for the movie Raat Ki Raani (1949).

Having started playback singing at a rather young age, Asha Tai has in a career spanning seven decades sung over 12,000 songs and holds a spot in the ‘Guinness Book of World Records’ as the most recorded artist in music history. Having sung in over 20 Indian and foreign languages, she’s renowned for her versatility and has to her credit songs ranging from pop to film music, to traditional to bhajans to ghazals and even Rabindra Sangeet.

What’s more the songstress who boasts of a soprano voice range has even collaborated with international artists multiple times. Her music associations with music composers OP Nayyar, Khayaam, SD Burman, Ilaiyaraaja, AR Rahman, Shankar Jaikishan, Madan Mohan, Ravi… are all legendary and together they have given the industry some of the most celebrated gems in Indian music industry and some of the biggest and classic hits too. But her most iconic association professionally and personally had been with music-composer RD Burman (Pancham Da) who she married in 1980. They were a pair to reckon with in the industry.

Wanting to create her own space under the sun and away from elder sister – the Goddess of music – Lata Mangeshkar’s shadow – Asha Tai carved a niche for herself globally. The Dadasaheb Phalke (2000) and Padma Vibhushan (2008) Awardee and two-time National Award-winner, Asha Tai is a Grammy nominee and has also won 7 Filmfare Awards. The singer had requested that her name not be considered for the nominations to encourage new talent. She was later given a Special Award for Rangeela in 1996, and the Filmfare Lifetime Achievement Award in 2001.

With so much to celebrate and look forward to, here’s wishing the ever-young and the most amazing Asha Tai a very Happy Birthday!

Mission Impossible 7: Tom Cruise shoots death-defying stunt as he air-dives off a mountain edge on a bike