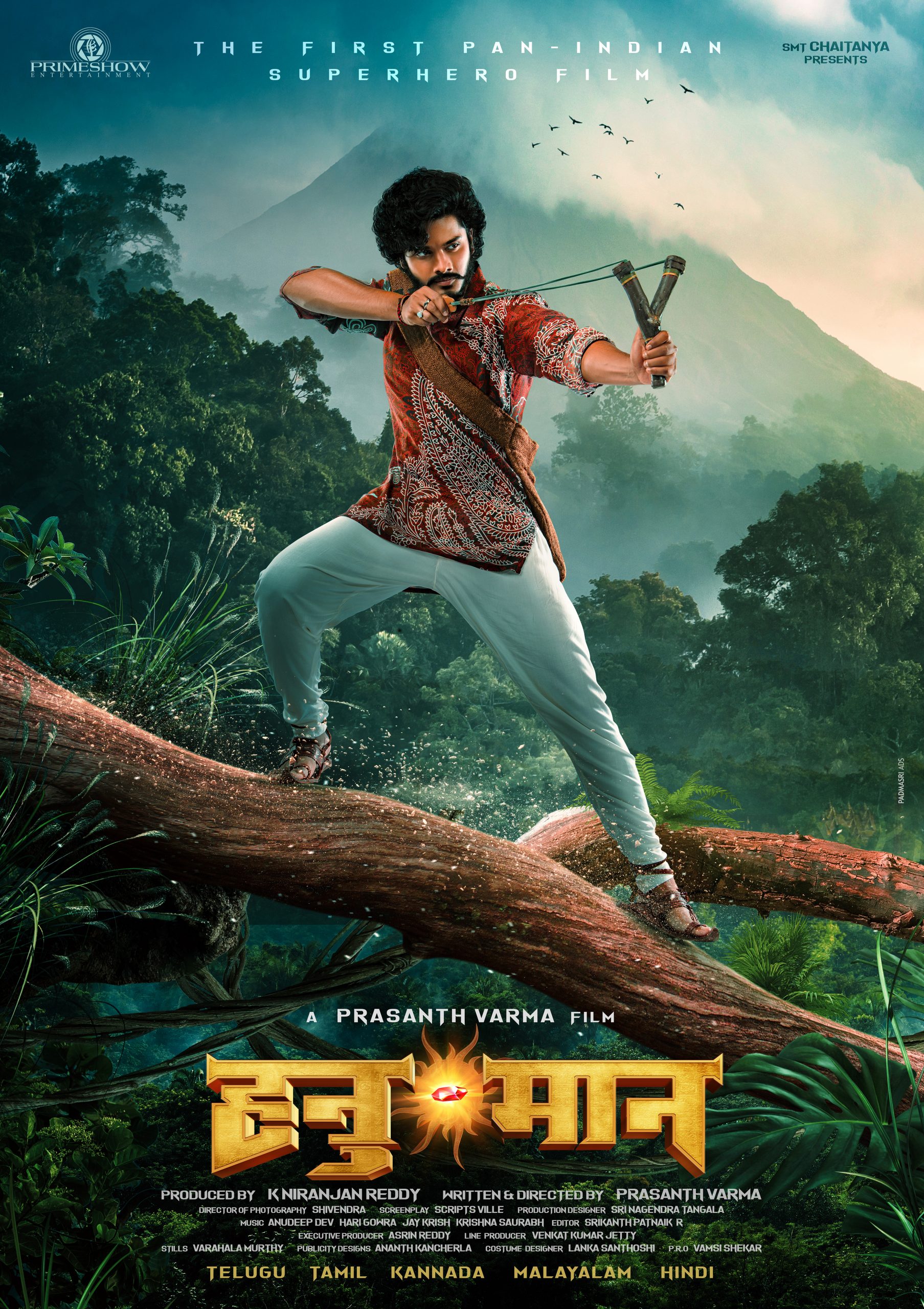 HANU-MAN is the first Pan-Indian superhero film and Zombie Reddy combo is back with it as Prasanth Varma teams up with young hero Teja Sajja. A visual treat for cine goers, as promised, the makers have come up with first look poster and a 65-seconds glimpse introducing HANUMANTHU from the world of Anjanadri. Dulquer Salmaan has unveiled the first look poster and the glimpse.

Teja Sajja can be seen standing on top of a tree in the dense forest and aiming his target with a slingshot. The young star underwent tremendous makeover to play the superhero.

The director seems to have created a new fantasy world called Anjanadri. The video shows Teja Sajja running, sliding and jumping in the forest and shooting the slingshot. The superhero’s punching power is displayed, as he sturdily hits the ground. The last shots show visuals of power emitting from a pearl shell. The sound design and the background score have actually elevated the visuals. Both the first look poster and the glimpse are highly impressive and they make us craving for a trip into the world of Anjanadri.

The visuals indicate HANU-MAN will be high on VFX. This magnum opus, like every other superhero film, will have unbelievable stunt sequences. In fact, superhero films are not constrained for one particular section or age group. HANU-Man, with a universal concept, is for all sections and age groups. It is being made in Telugu, Tamil, Kannada, Malayalam and Hindi languages. They have also released first look poster in all these languages. 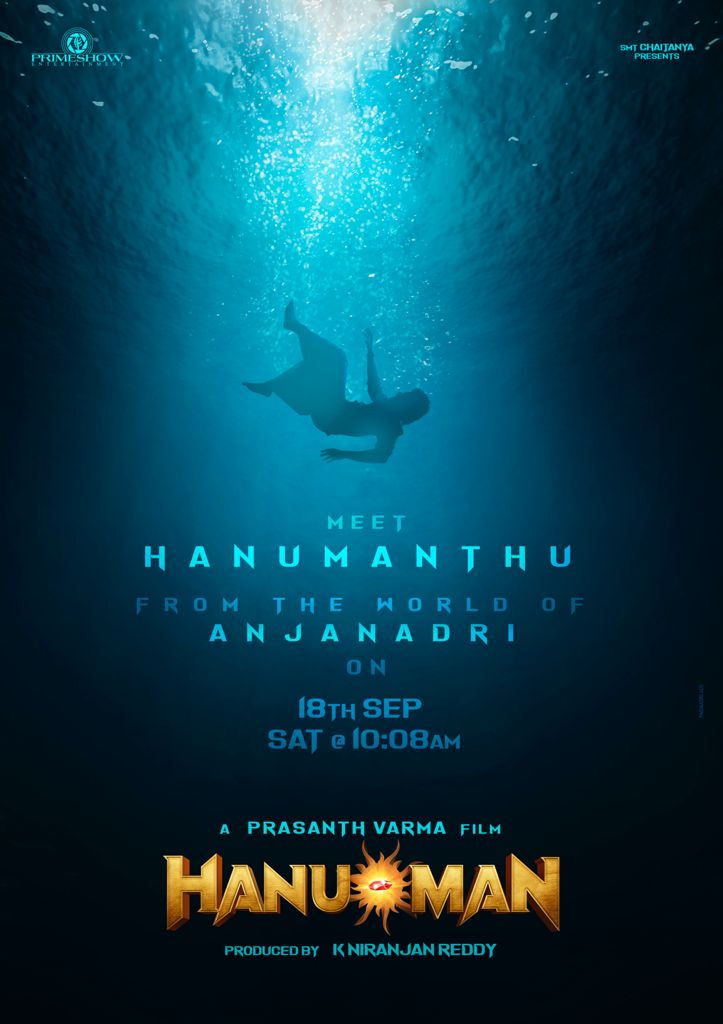 Popular production house Primeshow Entertainment is producing the movie on grand scale and big stars and top-grade technicians are associating for it. The film’s shoot is currently happening in Hyderabad, where some crucial sequences are being filmed on the lead cast. K Niranjan Reddy is producing the movie. Other cast and crew of the project will be unveiled soon.

0
Aakanksha Naval-Shetye September 19, 2021
No Comments Yet