From his movie Prague to his web series Undekhi, director Ashish R. Shukla is on a roll when it comes to communicating his vision from the screen to the audience’s hearts. He talks to Sakshi Prabhu about the accident that made him a director, his idols, and his latest action-comedy Bahut Hua Sammaan, starring Sanjay Mishra, Ram Kapoor, and Nidhi Singh, streaming on Hotstar!

Has it always been your dream to become a director?

When I was 7 or 8 years, in 1988, I saw Salaam Bombay on Doordarshan. At the time Bollywood was doing a lot of romantic, dramatic movies but seeing the story of a kid like me in Mumbai changed me. I realized that movies could be about people like me and the people I know. It changed my whole perspective. When I was 19, in 2001, I found a person who lived in my building and worked on the sets of Salaam Bombay and was currently working for Dil Chahta Hai. I pleaded with him to let me join him and he asked what I could do, I didn’t know what an art director was but I told him I wanted to work in art direction. From there I went on to become an unpaid AD (assistant director) in a few ads when once we were shooting outside in the heat and I was running and doing my errands and I fainted. That day my senior gave me Rs. 1000 and told me, you’re officially an AD now. Since then I’ve done almost all jobs that come on a set starting from spotting.

What led you to become a director? 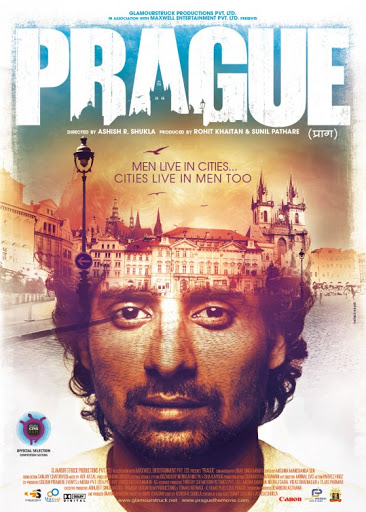 I was always fascinated with movies but I couldn’t join a film school so I joined art school instead and then joined an advertising agency. I couldn’t pursue films after that but after a few years, I got bored of working in the agency so I quit. It just so happened that later, I met with an accident and broke my collar bone. Whatever savings I had were gone into recovery and I was frustrated because I couldn’t pursue my dream when I wanted to. I only watched movies for the next four months and when I got better, I made a short film called The Lock and posted it on a platform called Passion For Cinemas. It was a  website where people like Dibakar Banerjee, Hansal Mehta, and other like-minded people could share their work and thoughts. Anurag Kashyap came across my movie and called me. He wanted me to write a script for him and come to the sets of Dev D with him. I argued that I will come but only if I can work on the set and he made me the creative head for Dev D. I was very fortunate that my work caught Anurag’s eye cause that gave me the jump I needed to become a director.

How did the idea for Bahut Hua Sammaan come about?

I was approached by Yoodlee Films and Saregama company. They wanted to make an action-comedy heist movie. Given that there are so many heist movies, I decided to make a movie on the chaos that follows a heist. A lot of the characters in the movie are inspired by characters in Fargo and the witches of Macbeth, from Macbeth. My writers went to engineering college in Bihar and many of the roles you see in the movie are based on real people. What is extremely satisfying is that unprompted, people have recognized the references we’ve made to those epic characters on their own and admired our efforts. It’s very good to have the audience tweet and recognize our efforts.

What stories are you drawn to?

I love two genres, dark thrillers, and comedies. I find that I need the story to be moving and not become indulgent. It needs to be a fresh take and not make me feel like I’ve already seen this or heard this. I take great inspiration from directors like The Coen Brothers, Bong Joon Ho, David Fincher, and the likes.

How did the cast of the movie come together?

The cast is an ensemble cast and it’s difficult to put together. I specifically wanted Nidhi Singh, Sharat Sonu, Raghav Juyal, and the whole cast because of their sense of humor and comedic timings. As a director, I improvise a lot and having a cast that has an inherent sense of humor so their banter can be picked up on by other cast members was very necessary to me. In fact, not just the main cast, the whole cast of the movie was picked on this basis and even those with smaller roles are being recognized. The character called Baanu Bhaiya is actually our movie’s production manager!

How did your experience working with an OTT differ from your previous experiences? 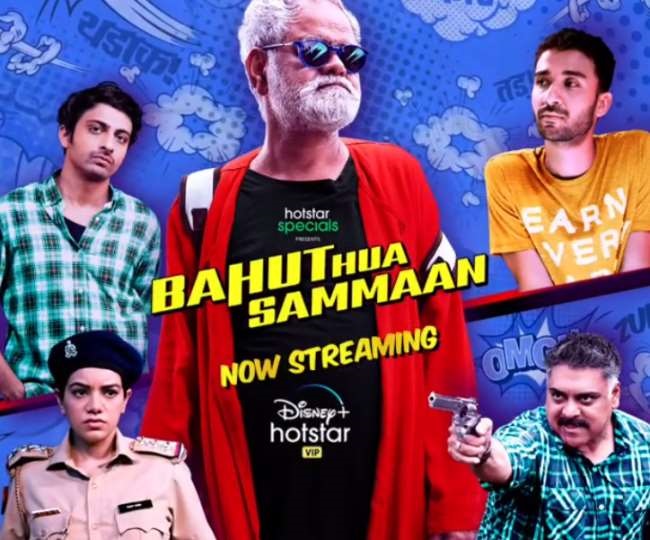 OTTs have their own set of pros and cons. You don’t have the same kind of creative control when your movie is commissioned by an OTT because the company can take calls about your creativity. But at the same time, you get the opportunity to be bolder with your scripts and really flesh out your characters. Bahut Hua Sammaan is also a political satire and for Hotstar and Yoodlee to back a project like this in today’s time is amazing! It’s a bold film that mocks all political ideologies and it’s not something you see a lot these days.

The way music has been used in the movie is very unique, what thought went into getting that result?

I have always loved the way Quentin Tarantino uses music in his movies. They have a library of songs that they use as background music whereas we make our own background music. Working with Saregama gave me the opportunity to use their 10,000 songs music library in our movie. I love a retro, 80s vibe. So I chose songs that weren’t very well known that had a similar vibe by amazing artists like Bappi Da and Usha Uthup. Songs back then would have a prelude to them so I’ve used that prelude in a lot of situations while using the whole song in others. In total, I have added 34 tracks to the movie and it was all possible because of Saregama. In the end, the result was very unique and beautiful.

What projects do you wish you were a part of?

One film that I’ve always loved and would love to make is Emir Kusturica’s Underground. He is a favourite among a lot of directors. I would have loved to have been a part of movies like Salaam Bombay, and Black Friday and older movies like Pyaasa or Mother India because they fascinate me. I’ve always wondered how they managed to shoot their movies without the technology and facilities we have now with those heavy cameras and pieces of equipment. Looking at the kind of art they put out makes me feel very small. I feel like we’re so fortunate to have monitors and have the opportunity to take 70 takes and edit a movie to the best of our liking. We still struggle to make good movies and I think I just want to make sure that given the easiness we have in making movies, we put out our best foot forward.

5 Celebrity approved looks for this Navratri!