Adapting to the new normal as the industry grapples with the global pandemic, the Golden Globes Awards 2021 created history, as the ceremony took place virtually. Hosted by Tina Fey and Amy Poehler, it was a delight to see the duo reunite for the fourth time after regaling LIVE audience consecutively back-to-back in 2013, 2014, and 2015. While Tina Fey hosted from the East Coast going LIVE from New York’s Rainbow Room, Amy Poehler held sway from the West Coast, where she went LIVE at the Beverly Hilton, in Beverly Hills. They were joined virtually by nominees from various locations around the world.

Among the highlights was the late actor Chadwick Boseman winning the Award for Best Actor Drama for his sterling performance in Ma Rainey. His wife, Simone Ledward accepted his award and her acceptance speech left everyone emotional. Also creating history at this year’s Awards that saw a higher number of wins by Black actors was Chloe Zhao, who won the Best Director Award for Nomadland. She is the second woman to win in the category in the Globes’ 78-year-old history. The only woman to win the Best Director at the Globes so far was Barbra Streisand for Yentl. Meanwhile Jane Fonda took home the Cecil B. DeMille Award.

Best Performance by an Actress in a Motion Picture – Drama
Andra Day (The United States vs. Billie Holiday)

Best Performance by an Actress in a Limited Series, Anthology Series, or a Motion Picture Made for Television
Anya Taylor-Joy (The Queen’s Gambit) 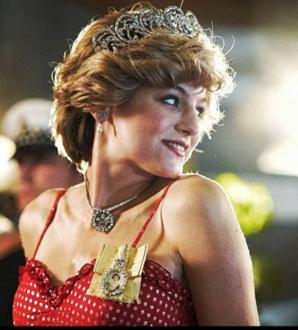 Best Screenplay – Film
Aaron Sorkin (The Trial of the Chicago 7)

Best Actor in a Limited Series, Anthology Series or TV Film
Mark Ruffalo (I Know This Much Is True)

Best Screenplay
The Trial of the Chicago 7

6 Places To Discover in KSA