Cruella being one of Disney’s most terrifying yet iconic villain is getting her own time in the spotlight, rightfully so. The movie is an adaptation of the 101 Dalmatians (1996) showing us the origin story of Cruella and her love for the furry canines!

The live action of Cruella De Vil was originally announced in 2013 and confirmed to have Emma Stone in the lead A few years later. Recently the premiere for Cruella was help and it was the biggest one since the Covid—19 pandemic.

Stone looked charmimg in A chic black and white Louis Vuitton suit. Keeping the film’s colour palette in mind, she paired it with a silk pussybow blouse, pointed pumps and A crimson LV petite Malle clutch. 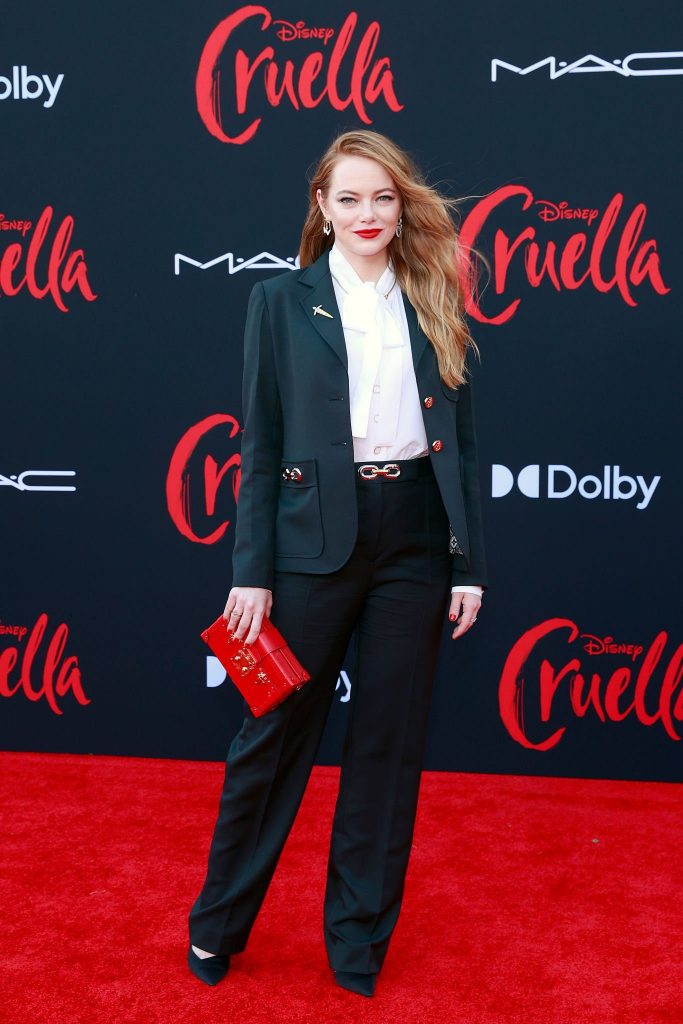 The official trailer for Cruella was released on February 17, 2021. The trailer gave us a sneak peak into the madness in the life of the eccentric and ambitious Cruella. She looked stunning in her signature black, white and red look at A high society event.

The movie is set to release on May 28, 2021 globally. It is directed by Craig Gillespie and produced by Kristin Burr along with Marc Platt and Andrew Gunn. The screenplay is handled by Jez Butterworth, Dana Fox, Steve Zissis and Tony McNamara together.