Madhuri Dixit, the epitome of grace and dance enthralled audiences when she performed with three major divas of the Hindi film industry – Helen, Waheeda Rehman and Asha Parekh in Dance Deewane. The videos that she shared on her Instagram went viral with people gushing over her as well as the heroines of yesteryears! Have a look!

Madhuri recreated the romance of Paan Khaaye Saiyaan Hamaaro with Waheeda Rehman. The song from the 1966 film Teesri Kasam is a naughty number filmed on Waheeda Rehman. It is sung by Asha Bhonsale and composed by Shankar Jaikishen with lyrics by Shailendra.

Madhuri Dixit and Helen recreated the fiesty Mungda from Inkaar of 1977. Sung by Usha Mangeshkar, the music of the film was by Rajesh Roshan. It was a remake of the Japanese movie High and Low (1963), directed by Akira Kurosawa 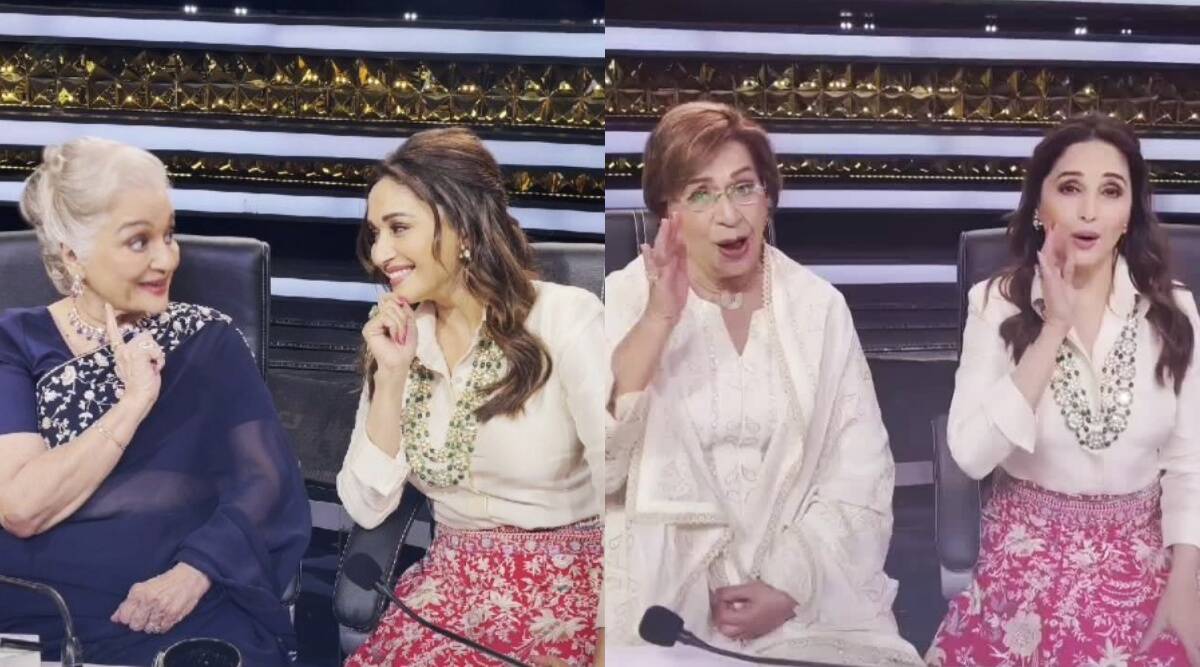 With Asha Parekh, Madhuri recreated the Accha Toh Hum Chalte Hain song from Aan Milo Sajna of 1970. The song was sung by Kishore Kumar and Lata Mangeshkar and music of the song was composed by Laxmikant Pyarelal and lyrics are penned by Anand Bakshi.

Scarlett Johansson's Black Widow to debut on OTT and theatres