Luka Chuppi team of director Laxman Utekar, Kriti Sanon and Pankaj Tripathi is back and that is reason enough to be excited about their upcoming Mimi. The expectations are naturally high and the good part is that the trailer doesn’t disappoint.

Set in a small town, it all starts with Pankaj Tripathi (a middleman of sorts) convincing a bold and rather brazen Kriti to agree to be a surrogate for an American couple. The promise of a payment of ₹20 lakh for surrogacy and the assurance that she will not be involved in conceiving the baby, convince her and she agrees. Kriti decides to hide the baby bump from her parents by moving into her friend’s (played by Sai Tamhankar) neighbourhood. To avoid suspicion, Kriti is introduced as Chand and Pankaj as her husband Naseeruddin. This sets the premise for some hilarious situations. 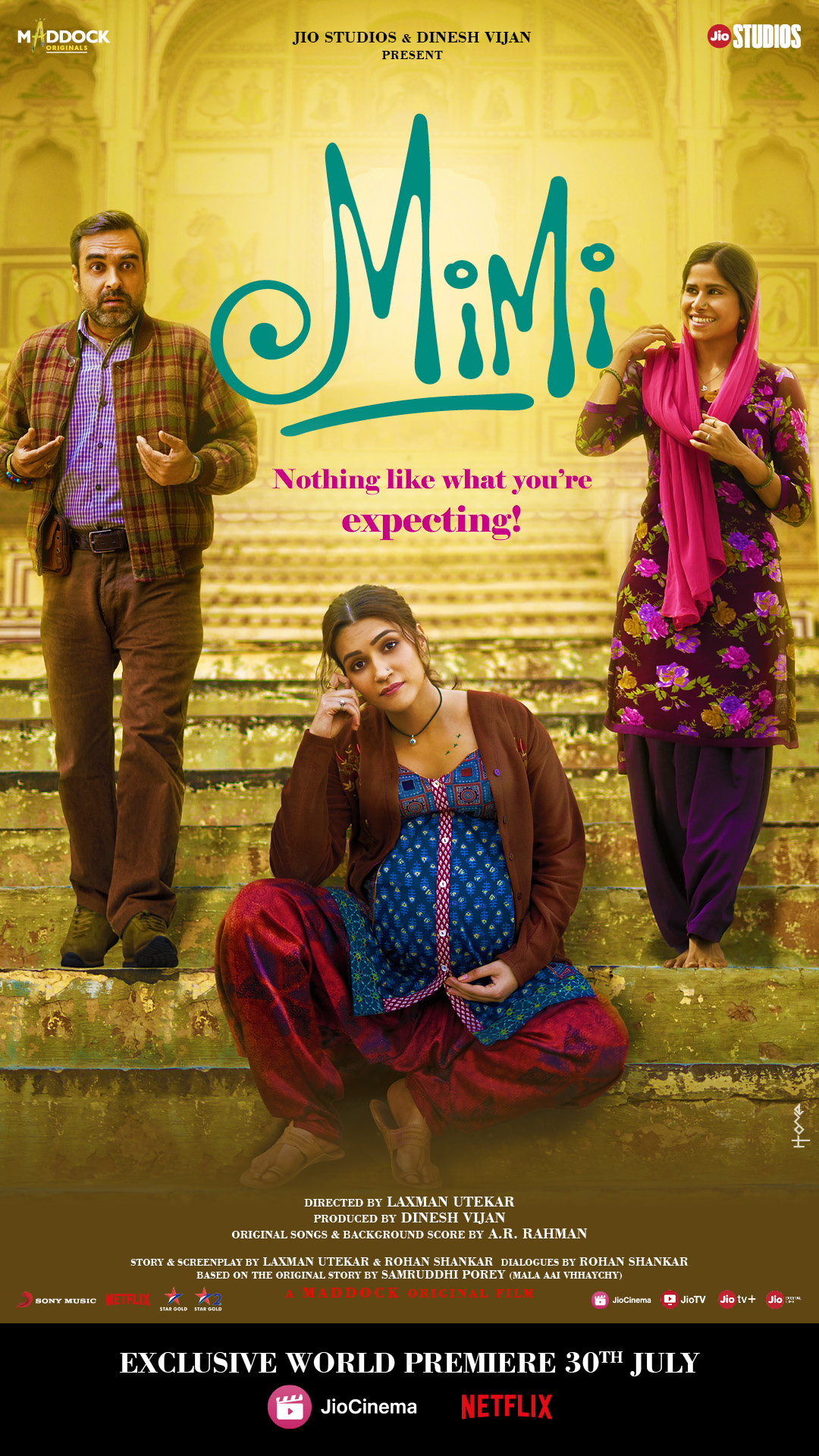 However, it all changes one day when Kriti finds out that the American couple no longer want the baby and ask her to get an abortion. Upset with these unexpected turn of events, she returns home to her parents (Manoj Pahwa and Supriya Pathak), but instead of telling them about her surrogacy, she panics and tells them that Pankaj is the father of the child.

‘Pankaj as always aces his role and is hilarious with his perfect comic-timing. Kriti seems to be stepping up her acting game to try and match up to Pankaj’s performance. We would definitely want to check out the film when it releases.’

Produced by Dinesh Vijan’s Maddock Films, the film is a remake of the Marathi film Mala Aai Vhhaychy! that had won the National Award.

Set for a direct-to-digital release on July 30, the film will stream on Netflix and Jio Cinemas.

Marvel announces 'What if...?'