All Things Filmy, Bollywood, Entertainment, Features, Filmy
3 weeks ago
by Manju Ramanan
0
Author and filmmaker Ram Kamal Mukherjee officially launched his latest book, a biography, Mithun Chakraborty: The Dada of Bollywood. Published by Rupa Publications, the book chronicles the life and journey of India’s most iconic star Mithun Chakraborty. Mukherjee has earlier written biographies of Hema Malini and Sanjay Dutt.
Winner of many coveted awards for his biographies on Hema Malini and Sanjay Dutt, this will be Ram Kamal’s third biography. It took two years and a few months for Ram Kamal to write this book on Mithun. “Dada (Mithun) didn’t want to write his autobiography. I was very keen on telling his story. There are few books available on Mithun, but mostly in Bengali. He being a national icon, a megastar and legend I felt that he deserved a book,” says Ram Kamal.
In fact, the idea of writing a book on Mithun came to his mind after finishing Hema Malini’s authorized biography Beyond The Dreamgirl. “I went to promote the book at Mithun da’s Dance India Dance. That’s when actually Hemaji asked Mithun why doesn’t he tell his story. Dada being extremely shy, he jumped out of his chair, ‘Na baba na!’ To that Hemaji jokingly said, you don’t write let Ram tell your story. Dada looked at me and we smiled,” recollects Ram Kamal.
Mithun Chakraborty: The Dada of Bollywood chronicles the entire journey of actor and personality Mithun. Studied with anecdotes and interviews from colleagues, friends, family members and of course Mithun himself, the book received praiseworthy reviews from The Telegraph, The Outlook, Quint, The Statesman etc.
Ram Kamal remembers that he met Mithun for the first time in Kolkata, at Netaji Indoor Stadium. “It was a terrible experience. I was a freelance journalist. The organiser invited me and didn’t leave any ticket for me at the entrance. I had already informed Dada’s manager that I will be attending his show and do his interview after that. I had to wait outside the stadium for an hour. By the time I reached inside the venue, there was hysteria. Mithun da was on stage, the over crowded stadium was screaming. The local police were ready for a mayhem. As expected, after the show Mithun was immediately escorted out of the stadium and I faced a stampede. I came home with a torn slipper, bruises on my hand and the echoing sound of ‘Dada dada dada’. He was a phenomenon,” says Ram Kamal. 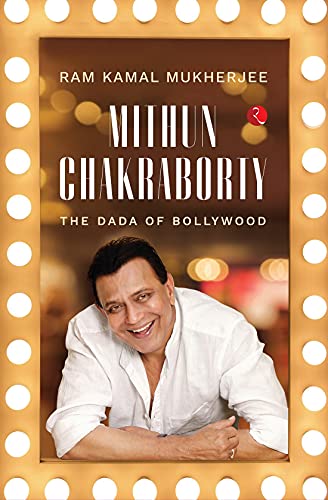 Apparently Mithun wanted Yogeeta Bali to read the first manuscript after Ram Kamal had penned the final draft. Yogeeta Bali loved the narrative. “Yogeeta ji is a sweetheart. She read the book, and corrected a few major and minor facts in the book. After that Dada went through the book and his longtime secretary Vijay ji also read the manuscript. His younger son Namashi, who is on my social media friend list, was gracious enough to appreciate my effort in writing a book on his dad. The family had been very sweet and cooperative. I have an almost two decades long relationship with Dada, and I didn’t want to write a book that wouldn’t do justice to his stardom,” shares Ram Kamal. 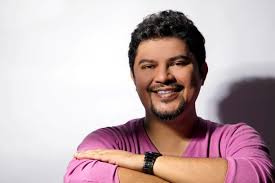 There are many facets in Mithun’s life that would inspire. The struggle that he went through as an outsider should be a lesson for all newcomers who dream to make it big in tinsel town. “During lockdown, when Sushant Singh Rajput’s incident happened, it made me realize that there are many such outsiders who are constantly fighting to survive in Mumbai. Mithun da in those days, faced bigger challenges, financially and physically, he was not at the right side. But he didn’t give up. His story will inspire many new talents to fight and survive. If you are talented then no one can stop you. Mithun faced roadblocks in every step, from biggest of the stars to biggest directors and producers didn’t want to cast him. But he created his own fanbase. I am sure that this book will inspire many,” says Ram Kamal.
The cover photograph has been exclusively shot by Vickky Idnaani.
Previous Article

Egyptian dramedy 'No Activity' to air soon on OTT