R Madhavan starrer Rocketry: The Nambi Effect has been garnering accolades since its release, not just pan India but globally. The cinematic treat has even made the cut to the shortlisted films eligible for the Oscars 2023 as the Academy Awards announced the first list. Interestingly, the film also marked Madhavan’s debut as a director. 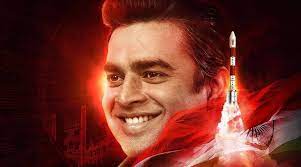 The story revolves around Nambi Narayanan, a former Indian Space Scientist and aerospace engineer, known for developing liquid fuel engines getting embroiled in a spy scandal. In 2022 the film was named ‘Most Popular Indian Movie of 2022’ by Internet Movie Database (IMDb). The film had first premiered at the 2022 Cannes Film Festival on 19 May.

R Madhavan says, “This film continues to give. The journey gets more rewarding and we are all in a daze. Firstly the love of the people around the world. Nambi sir getting the recognition he so richly deserved and NOW this, what more can I ask for from my directorial debut. The excitement begins again.”