We bet you missed these two tattoo changes that the DCEU character Harley Quinn has had in the recently-released teaser-trailer of The Suicide Squad!

If there’s one thing that’s truly reflective of Harley Quinn’s psychopathic personality and her chaotic unpredictability then it has to be her eccentric dressing sense. And one of the most stand-out physical features of Quinn played by Margot Robbie have been the tattoos that the crazed DCEU character sports on screen. But what seemed like random body art in the first two films will have more significance in the upcoming film that features the quirky character.

Robbie, who has successfully gone on to play the wild criminal and Joker’s (Jared Leto) girlfriend in Suicide Squad (2016), was so liked in the role that movie bosses decided to give the character her own spin-off in Birds of Prey (2020). And now Robbie will be seen as Quinn for the third time in James Gunn’s upcoming DCEU film The Suicide Squad.

The fans were recently treated with the teaser-trailer of the much-awaited film at the mega-virtual event DC FanDome (August 22). Also doing rounds on the internet are glimpses of some BTS footage of the movie. And among the things that caught our eye were the change in the tattoos that Quinn sports! While continuing the character arc from the previous two films, Quinn’s appearance seems to have undergone two tattoo changes that in a way define her role graph in the DC Extended Universe.

To recall Quinn’s outing in Birds of Prey, we get a glimpse of the character sporting a tattoo on her back that read, ‘Property of Joker’. The placement of the tattoo clearly indicates that unlike her other tattoos (on legs and arms), this one was not drawn by Quinn herself and was assertive of Joker’s dominance on her. She sported this tattoo even after breaking up with the DC villain early on in the movie.

But looks like she won’t be getting back to the Joker anytime soon in the forthcoming The Suicide Squad either. The reason: Her back tattoo now reads: ‘Property of no one’ that clearly indicates that she’s over Joker and moved on from the abusive relationship for good. This also means that she continues to define herself as an individual rather than be known only for her association with Joker.

More prominent however is the tattoo on her cheek that read ‘rotten’ which has gone missing in the visuals of the upcoming James Gunn film. The movie, that will have Quinn wreak havoc as an anarchic member of Task Force X, shows her without her cheek tattoo which many fans had found offensive in the previous films. And looks like the movie-makers did consider the fans’ emotions and have gone ahead and shown her without sporting the ‘rotten’ tattoo on her right cheek.

Check out the teaser-trailer of The Suicide Squad here:  https://youtu.be/t_CWDKfOcs8 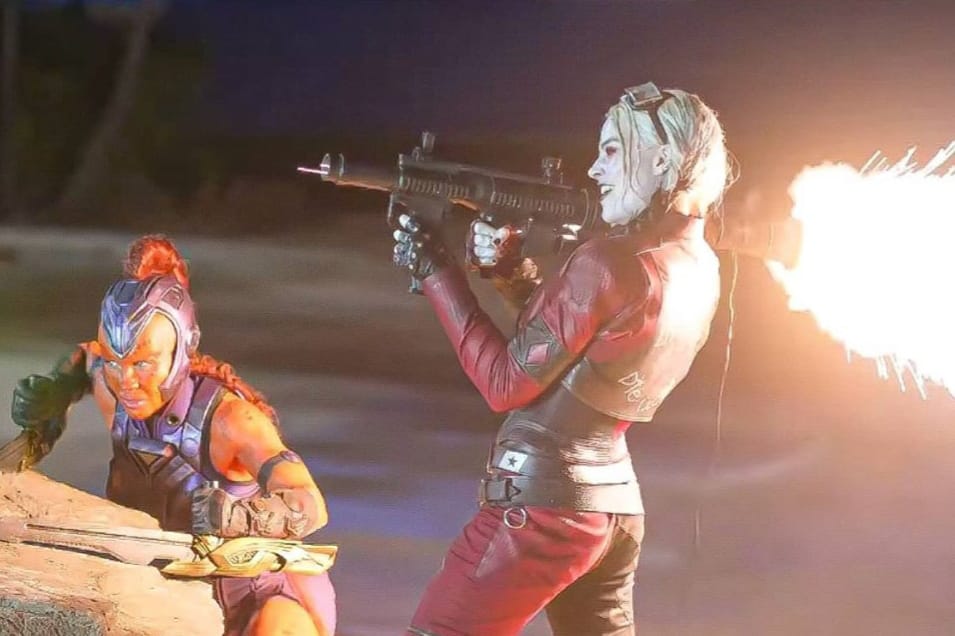 Clearly, the tattoos define Quinn’s assertion of her own individuality to a large extent in the James Gunn film, where she not only comes into her own after her split from Joker in Birds of Prey, but establishes her own identity as an independent anti-hero. The tattoos acknowledge her freedom and coming out of Joker’s shadow.

James Gunn’s The Suicide Squad which is slated to release on August 6, 2021 is a standalone sequel to David Ayer’s Suicide Squad that starred Will Smith and Jared Leto amongst others. The tenth DCEU movie will see Amanda Waller reassemble the titular team to liberate a South American country. Besides, Margot Robbie and Waller, the ensemble cast also boasts of Idris Elba, John Cena, Peter Capaldi, Joel Kinnaman and Viola Davis.

2 0
Aakanksha Naval-Shetye September 3, 2020
No Comments Yet