Rajkumar Gupta is known for films like Aamir, No One Killed Jessica, Ghanchakkar and Raid. His upcoming film based on the life of India’s biggest spy Ravindar Kaushik is planned to be presented in a big scale.

The film based on the life of Indian spy, Ravindra Kaushik famously called the ‘Black Tiger’  The film-maker has been researching on his life for last 5 years and has finally managed to lock a screenplay. As per reports, the film has been narrated this to Salman, who has already agreed in principle to do the film. 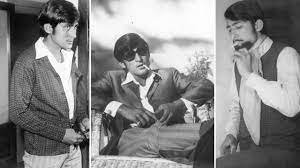 Ravindra Kaushik (11 April 1952 – November 2001), was a Research and Analysis Wing (R&AW) operative and was the first to ever penetrate the ranks of the Pakistan armed forces. Kaushik spied for R&AW against the Pakistan from 1979 to 1983.

As per Wikipedia, Kaushik was given the cover name “Nabi Ahmed Shakir” and entered Pakistan in 1975. He was successful in getting admission in Karachi University and completed his LLB. He joined Pakistan Army as a commissioned officer and eventually promoted to the rank of a major.

As of now Salman will soon start shooting for Tiger 3 with Katrina Kaif and then move on to Sajid Nadiadwala’s film, Kabhi Eid Kabhi Diwali by end of this year. He is also in conversations to bring the Tamil Hit, Master, in Hindi