She is the silent gun. The one who won’t lead a showy, jingoistic protest but slowly chip into a regressive mindset with a scythe and hammer albeit gently. So effortlessly her words, dialogues, visuals and image sneak into the realm of the mind to alter its perspective, that you won’t even know that you have changed a bit after watching her film. Therein lies her strength and skill and the progressive thought she aims to spread through the medium of cinema. Manju Ramanan speaks to the subtle and strong Meghna Gulzar whose personality permeates into the films she makes.

Hindi cinema has usually shown the lead actress in the glory of her beauty. If ever she is disfigured, her face is hidden. Through Chhapak, you have unveiled that thought?

The film pitches itself on the spirit of a survivor. I have interacted closely with the acid attack survivors/warriors and they have refused to be victims. They have risen higher. When I met Lakshmi, the acid attack survivor on who this film is largely based, I was struck by how normal she was – her nonchalance, her unassuming behavior, being at ease with herself is disarming. The film’s script follows the same spirit she exudes and that becomes it biggest motivational factors. 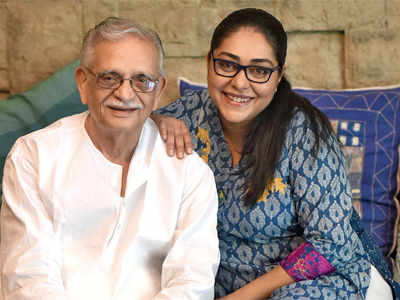 Real life stories have been the basis of your last few films. How have you dealt with the reactions of the real-life characters of your films such as Talvar, Raazi and Chhapak are based on?

We wrote Chhapak after we wrote Talvar which dealt with a lot of investigations since it was a court room drama. The irony of it is that I have never known what was the reaction of the Talvars to my story. It would be revisiting a gruesome past for them. Also, for Raazi, I never met the family to know their response. But here we did have Laxmi visit us on set too. Also, the script was referred to her and her husband and they have been part of the process of creating the film. If you look at Deepika and Laxmi, they are very similar physically – both of them have these long swan-like necks. And there’s a quiet strength…

You have broken a lot of clichés through this film. It is not biased towards men. In fact, it is very balanced in its portrayal of gender?

Yes, I have and I hope people see it that way too. The perpetrated crime had the involvement of a woman who was okay to have another woman’s face disfigured. And a man who was the offender. But on the other side you also had a man who supports the survivor and then the survivor herself who is a woman who refuses to cower down. The film, as I have repeatedly said victimizes nobody. Even the man who throws acid on the woman hasn’t planned to do it. It is an act of unbridled rage. The fact that acid is available easily is also the issue. Though it is banned, there are loopholes in the system. The film addresses that too.

How did you and Deepika manage the highly emotional moments in the film?

Remember, this wasn’t a film where Deepika was de-glamourized to plain Jane. There was more. Here was a girl shorn of everything. But she totally submitted to the role. Deepika did the screaming scene on the second day of shoot. The film grew on her symbiotically. She is an actor who surrendered to the role. She became the prosthesis. She saw herself as the character and that was the beauty of the actor. There was so much faith that you do not want to let her down. Most of the emotional scenes happened in two takes. At times she broke down and we would leave her to her space. Actors are not buttons. As for me, I had to snap back from my emotional state quicker than anyone but I had my moments too.

You anchored Malti’s angst positively through the film?

Being positive is the only option sometimes. Here was a woman who had gone through hell and back. And she wouldn’t back down. Positivity has been her only armor and in the larger scheme of things, that became her victory too.

On Raanjhanaa's 8th anniversary, here's a throw back on Sonam Kapoor's unusual role