Some love stories are timeless and the trailer of Sita Ramam looks like this could be one of them. The makers dropped the Telugu trailer of the Mrunal Thakur – Dulquer Salman starrer and it looks promising. 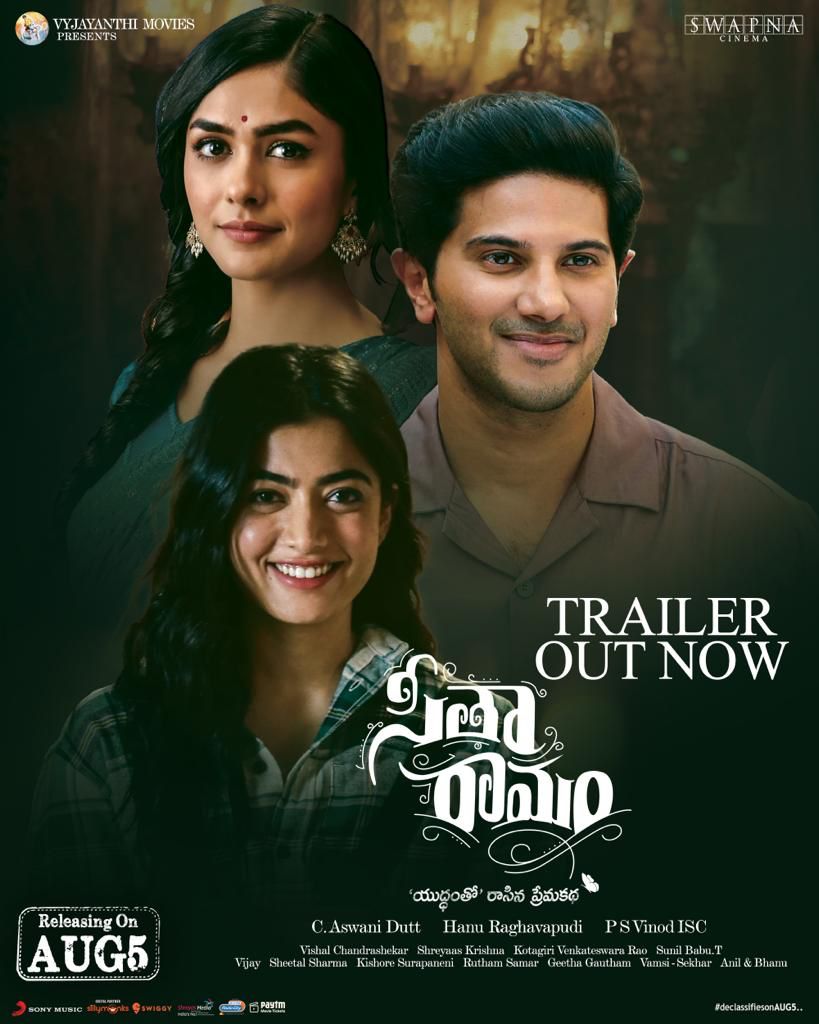 The Telugu theatrical trailer of Sita Ramam shows the crucial events in an epic love story. An orphaned soldier Lieutenant Ram’s life changes, after he gets a letter from a girl named Sita. He meets her and love blossoms between them. When he comes back to his camp in Kashmir, he sends a letter to Sita which doesn’t reach her. After 20 years, Rashmika Mandanna and Tharun Bhascker are given the task of giving the letter to Sita.

Dulquer Salmaan and Mrunal Thakur charm with their screen presence and the chemistry shared by the two looks magical. Rashmika Mandanna’s heroic role and Sumanth’s negative-shaded role are other positive aspects. Hanu Raghavapudi is once again set to prove his mettle in making beautiful love stories, and the grand production design of Vyjayanthi Movies and Swapna Cinema are an added. Sita Ramam will have simultaneous release in Telugu, Tamil and Malayalam languages on August 5th.