While the audience are well familiar with Sobhita Dhulipala amazing acting spectacle, the actress was seen expressing her desire to work in a the biography of Indian playback singer Geeta Dutt and the legendary Punjabi painter Amrita Shergil.

While taking to her social media the actress posted a short video while expressing her love for them. She wrote a heartfelt note saying, “Someone please make a film on her and cast me. Being saying it in every interview since 2016 Geeta Dutt and Amrita Shergil. I am their biggest fan and am nearly possessed by their spirit.
Please yaar😭” 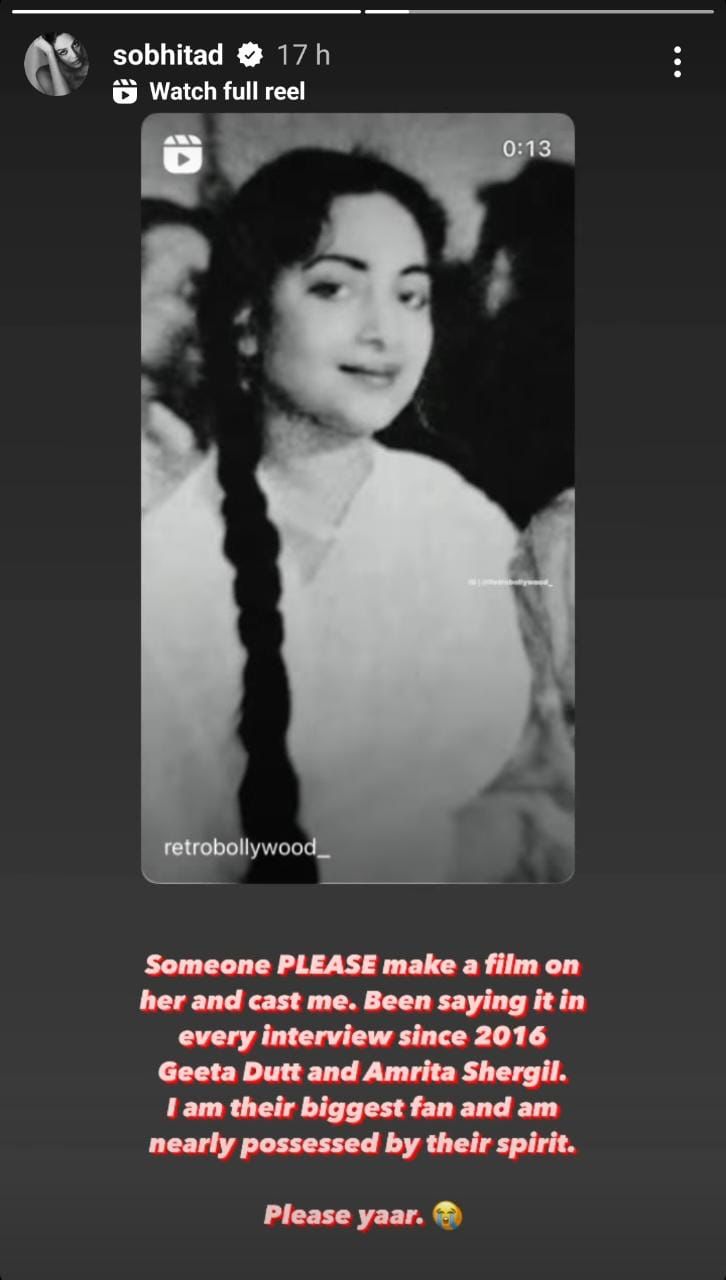 Meanwhile, Shobita’s interesting lineup includes sequel of Made In Heaven, The Night Manager, a Hollywood film Monkey Man, and Mani Ratnam’s Ponniyin Selvan among many others in her kitty.