The winners of the Global Content Festival (GCF) 2022, organized by ZEE5 Global were announced recently. A total of 12 contestants emerged as winners from hundreds of entries received from across the globe, including India, Bangladesh, Pakistan, the UK, the USA, Australia, Singapore, Dubai, and the Netherlands, in a motley of languages including Hindi, English, Marathi, Bangla, Tamil, Telugu and Malayalam.

Aiming at eliminating linguistic, cultural, and geographical boundaries, ZEE5 Global is conducting this one-of-a-kind festival, giving budding filmmakers a platform to showcase their unique content for the second consecutive year.

India based independent filmmaker Kumar Ritu Raj emerged as the winner for his drama movie Khudbudi. The film revolves around a small-town girl from Bihar who dreams of 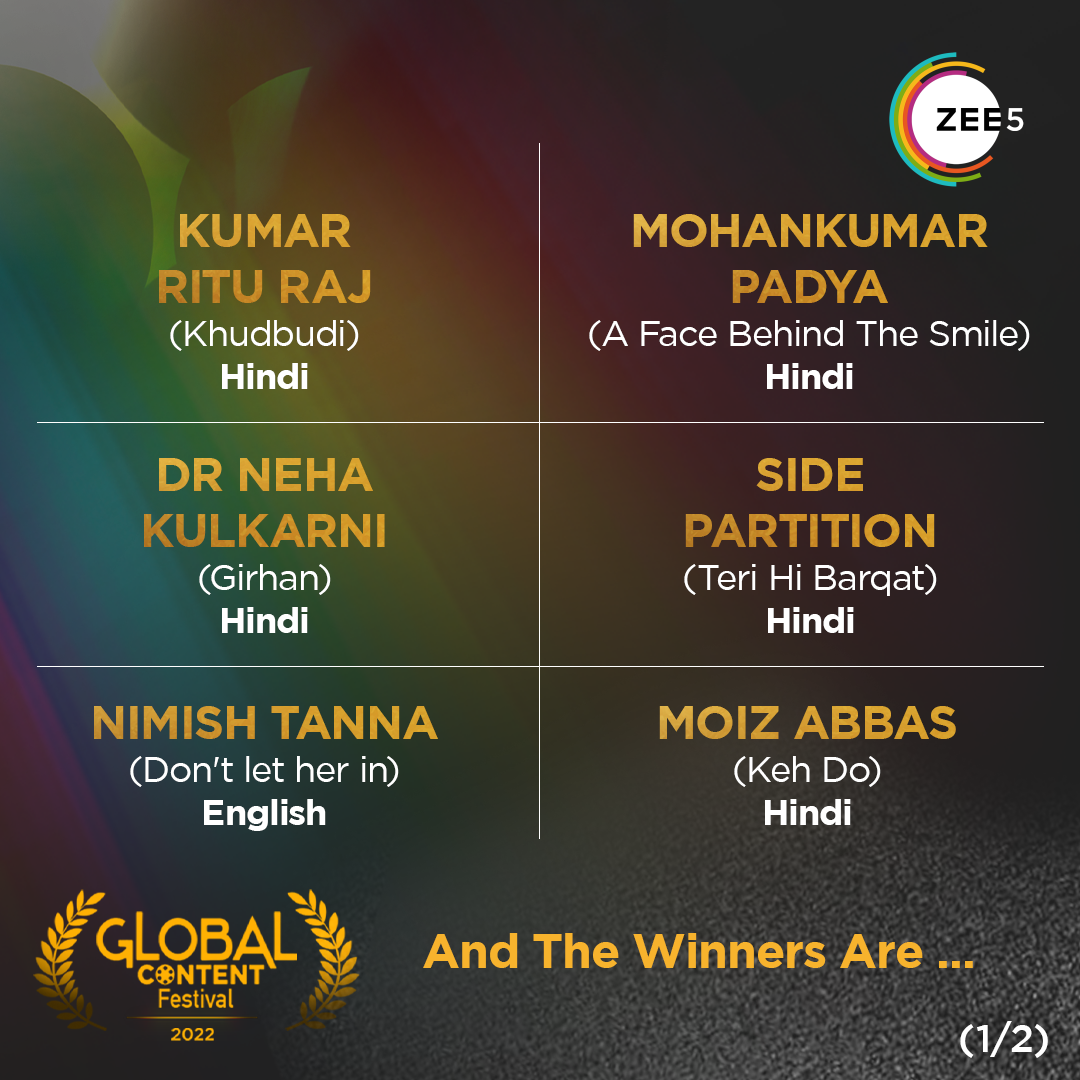 being a writer. Along with Raj, five other participants were declared winners from India.  Meanwhile, Viral Patel from Australia, Nimisha Tanna from New Zealand and Shaunak Surlu from Singapore emerged as winners for their distinctive storytelling across genres and languages.  This year, the platform received double the number of entries received last year as filmmakers across the Globe doubled down to get their content showcased in global markets. 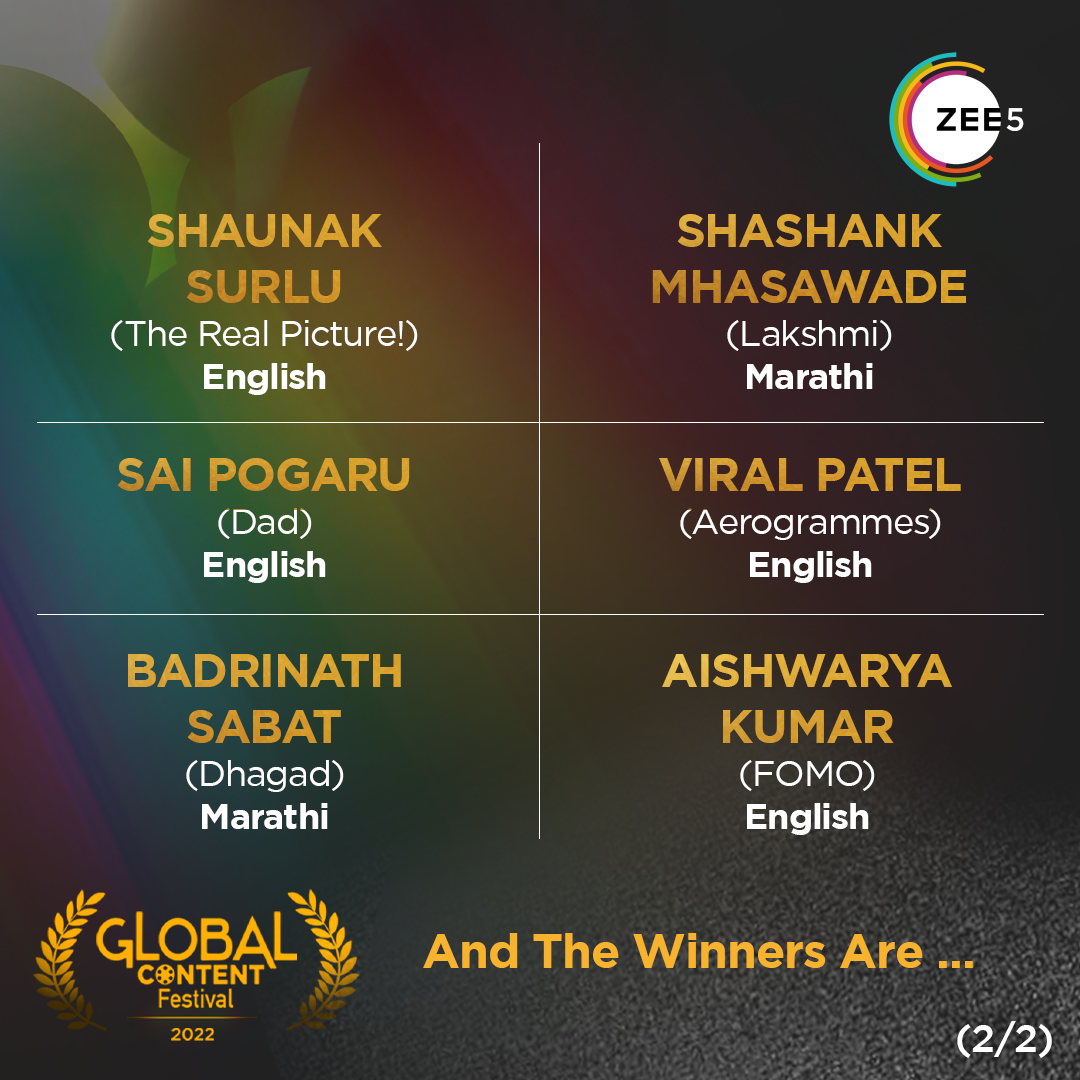 The winners were selected after a scrutinized evaluation process by an expert panel of judges at ZEE5 Global over two months. All the entries from winners, finalists and nominations will be streaming free for viewers to watch on the platform in 190+ countries. The list of winning entries are as below: