“The most challenging aspect of composing music is breaking the barriers of expectations,” says Sashwat Sachdev, the genius music composer, and director behind films like Uri, Philaurri, and Veere di Wedding.

Shashwat or ‘Sha’ as he is more commonly called, believes that as an artist it is important to not be confined by the baggage of rules set by artists and legends that preceded you. “There is a certain expectation of the form you’re supposed to follow, whether it be how long a song is, or how a romantic ballad should sound like… and the only thing that can help me achieve that is fearlessness and courage”.

Sachdev made his debut in the Bollywood music industry in 2017 when he worked as a composer in the film Phillauri starring Anushka Sharma. But his work in the industry began much earlier when he was composing tunes for Veere Di Wedding, which released soon after. In 2019, after working on Uri, Sha won the 65 Filmfare R.D Burman Award for best new and upcoming talent among many others for his original and well-appreciated music scores.

The composer states that he is thankful and humbled “to have the opportunity to fearlessly express myself and that the people around me have faith in my expression and believe in what I have to say”.

When asked about how true the “musician’s struggle” story is here’s what he had to say:
“It is kind of real, but it’s as real as any other struggle story. We live in a third-world country with more than a billion people with all of them dreaming to find a little bit of space. There are 11 members in a cricket team, but there are millions of aspiring cricketers. There is an even lesser number of successful composers in the country, as compared to the numbers of aspiring singers and composers. Which is what I think defines how difficult the journey is.” 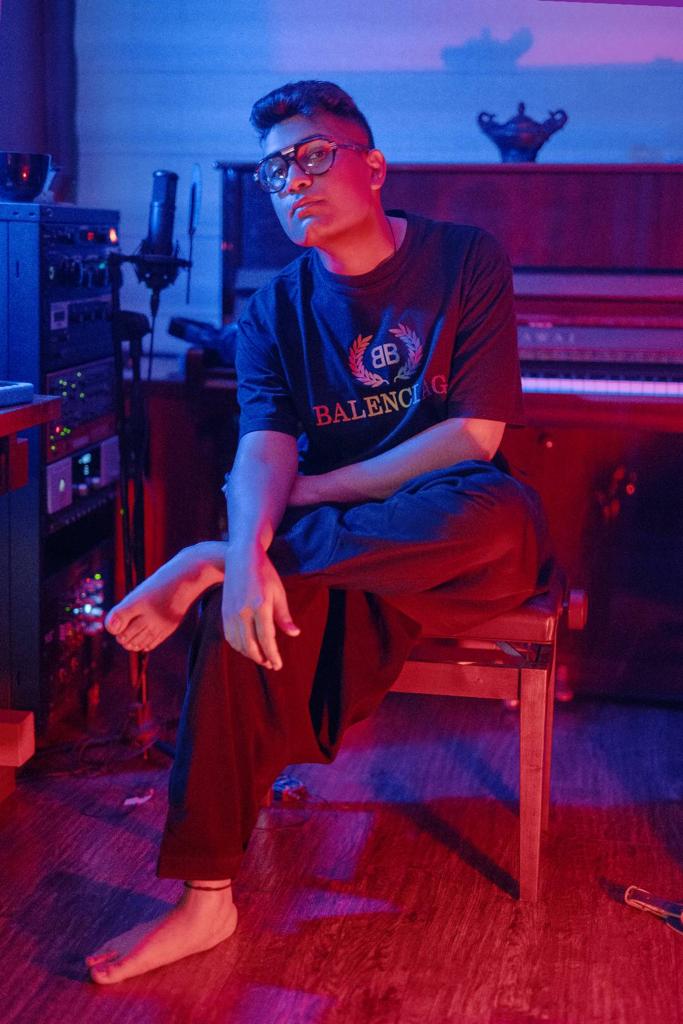 ‘Succeeding’ is a little bit about God’s grace and luck, but it’s largely about sacrifice, hard work, and understanding that the opportunity cost is higher than what you expect it to be, says Sachdev.

When looking for inspiration, Sha turns to architecture. “Architecture as an art form is very close to music” declares the composer. “Their conversations with light and forms have inspired and motivated me since I was young”. Sha is intrigued by how buildings have their own form and personality and how perception and perspectives work both in architecture and music.

On a lighter note, Sha enjoys listening to Chopin, Mozart, Schubert, and Nusrat Shahab. Comparing the beauty of their music to that of waking up in the morning to watch the sunrise, a universally beautiful experience.

While the composer doesn’t necessarily prefer Bollywood music over indie music, Indian classical music has interwoven itself deeply into the very fabric of his being. The composer relies heavily on western classical for his film scoring technique but grew up learning Indian classical when he was just 3 years old! “There are a lot of things people don’t decide for themselves… I started learning classical music because of my parents…I thank my parents for this”.

On creating music for Uri, Sha states the biggest challenge was communicating the vision for the music. “None of the songs had any reference, we just chased the song in our heads”, that understanding the creative vision the director held and translating that into something tangible was a challenging process.

Sachdev is currently working on a few independent films and his debut song Machlo, to which he hopes the audience will enjoy grooving to as much as he and his team did.

Judas and The Black Messiah: The Golden Globe nominated movie is set for theatrical release in India

Are Abhishek Bachchan and John Abraham planning a film together?