It was a New Year treat for South star Vijay Deverakonda’s fans. The much-awaited glimpse of LIGER (Saala Crossbreed) is out. Director Puri Jagannadh who is known for presenting his heroes in stylish best avatars shows Vijay Deverakonda in a never-seen-before stylish and action avatar in this Pan India project. 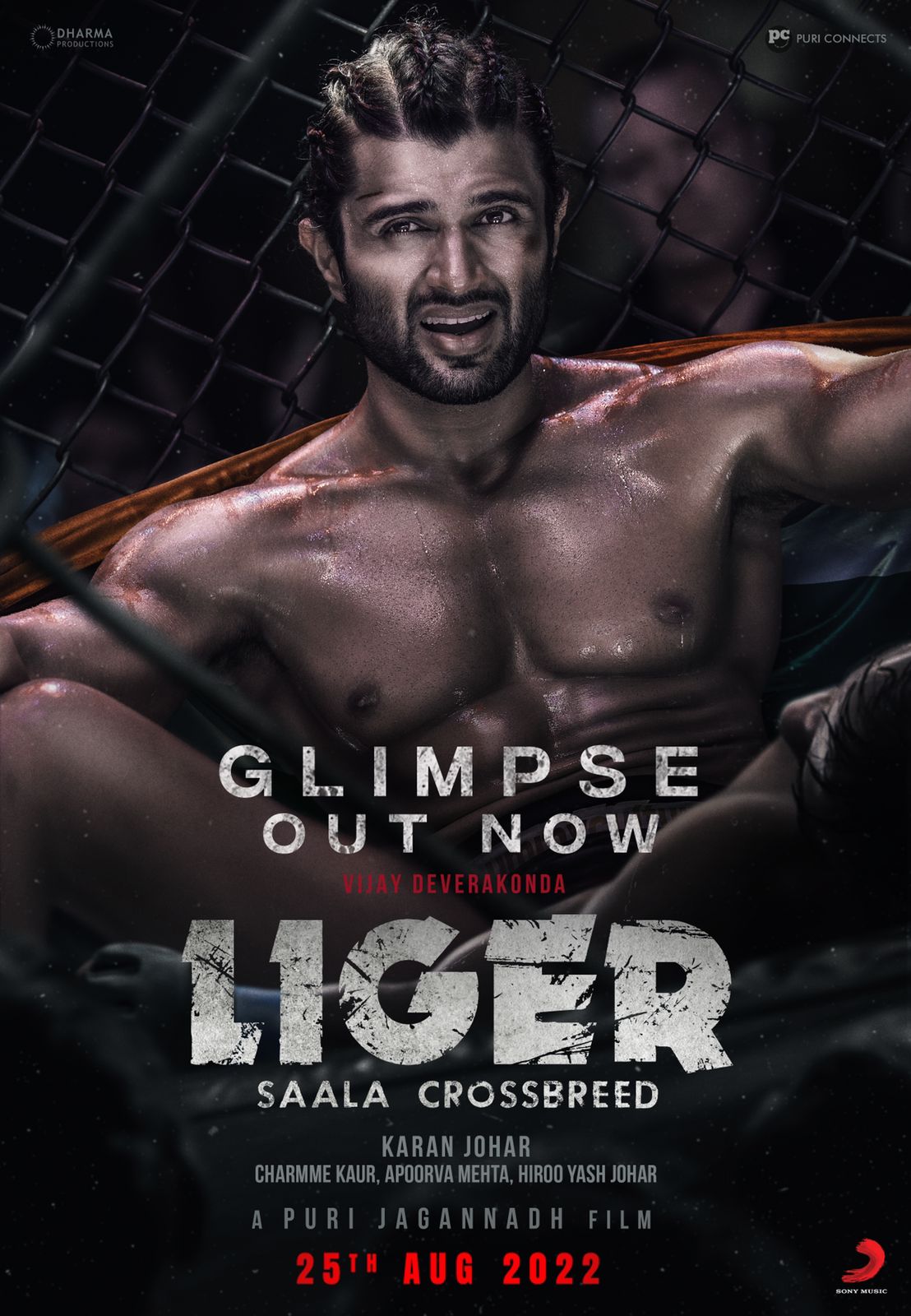 Liger glimpse begins with a MMA commentator introducing Vijay Deverakonda as Liger. “Introducing the boy from India… Slum Dog Of Streets Of Mumbai… The Chai Wala… Liger…” Vijay Deverakonda utters two small yet impactful dialogues in the video. “We are Indians,” and the other dialogue, “Vaat Lagaa Denge,” defining his screen character’s aggressive attitude.

The visuals are packed with breath taking stunt sequences. Vijay who underwent a tremendous makeover, sports a completely new cornrows hairdo along with a ponytail and a chiseled physique. Going by the teaser, the film is about a Slumdog of Mumbai streets becoming a champion in MMA (Mixed Martial Arts) sport.

Ananya Panday plays his lady-love, while Ramya Krishna plays Vijay’s mother. Ronit Roy is seen as his coach. Liger is going to be one of the biggest action extravaganzas in India, and features Legend Mike Tyson in a mighty role.

In association with Puri connects, the film is being produced jointly by Bollywood’s leading production house Dharma Productions. Puri Jagannadh, Charmme Kaur, Karan Johar and Apoorva Mehta together are bankrolling the film on a grand scale. Vishnu Sarma is handling the cinematography, while Kecha from Thailand is the stunt director.

Being made in Hindi, Telugu, Tamil, Kannada and Malayalam languages, the Pan India Movie is scheduled for release in theatres worldwide on 25th August, 2022.

5 actresses who helmed brilliant dramas in 2021