There aren’t too many people who touch your lives and make you their own in a very unique way. Irrfan Khan was one of them. I met him several times at the Abu Dhabi Film Festival and we have had our banter.  When he declined an interview because it wasn’t a cover story, I walked off.  Minutes later, he called me to apologize and in his endearing voice saying, “Arrey aap toh bura maan gayee. Mai doonga na aapko interview. Zaroor doonga.”  When I went to interview him,  his younger son (visibly bored cycling in the room at the Emirates Palace ) opened the door. I was joined by Sutapa his wife, who spoke to me at length about how they were turning producers with Madaari.  Twenty minutes into the conversation, Irrfan arrived – casual, simple, disheveled and the first thing he tells me is. “Mera ego hurt ho gaya tha isiliye maine interview mana kiya.” I was flabbergasted! “Who does that.” People largely sugarcoat their defences or mask it with arrogance. Here was a man who had shredded the situation to its bare minimum. He was hurt, he had declined, it was that simple. But he quickly added, “Aur aapne emotional blackmail kar diya na phir ghussa hokar.”  We laughed and he had a fan for life – not just because of his brilliance as an actor but for the courage to be vulnerable. It was that simple and that admirable. One of the most brilliant minds I have met in the fraternity. He spoke about the rich legacy of regional cinema and said Mohanlal is the best actor in India. He was very impressed with the writing of actor/writer/film-maker Sreenivasan who wrote Kadha Parayum Bol ( that was later remade as Billoo Barber).

To the man we all love and miss sorely, here are a few of his roles that have left an indelible mark on us all.  There is an inimitable Irrfan in all of them that we are left finding today on his birth anniversary and forever in cinema.. 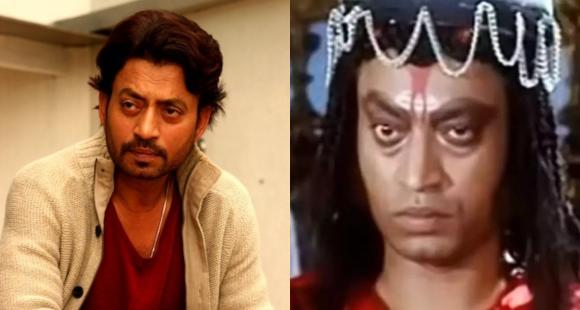 Early in his career, Irrfan played a double role in this fantasty TV serial of twin brothers Badrinath and Somnath. One of them had dreadlocks and the other one was blonde. Irrfan asked the director, ‘From which angle do they look like brothers?’” 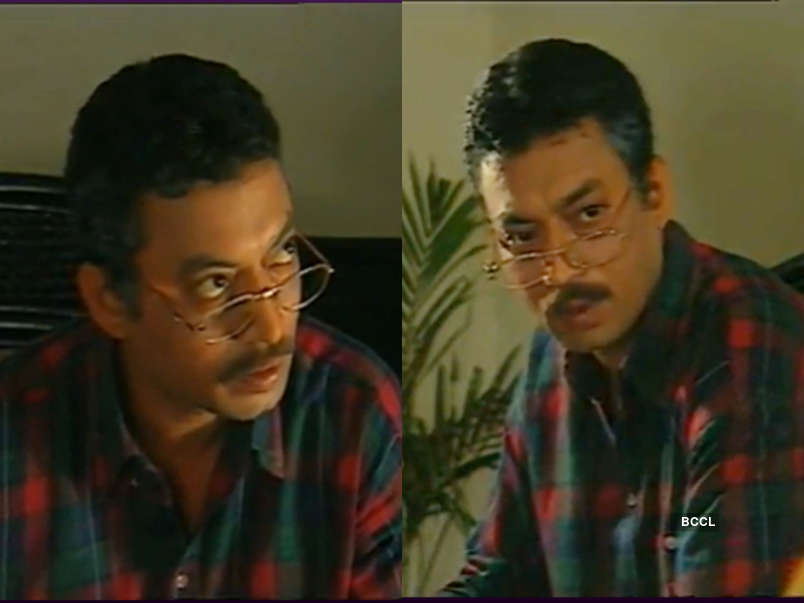 Irrfan at 26 years of age played  dad to Rituraj K Singh’s, who was older to him! Banegi Apni Baat’ became hugely popular because its content was young and fun. Irrfan not only acted in the TV show, but also directed a few episodes. 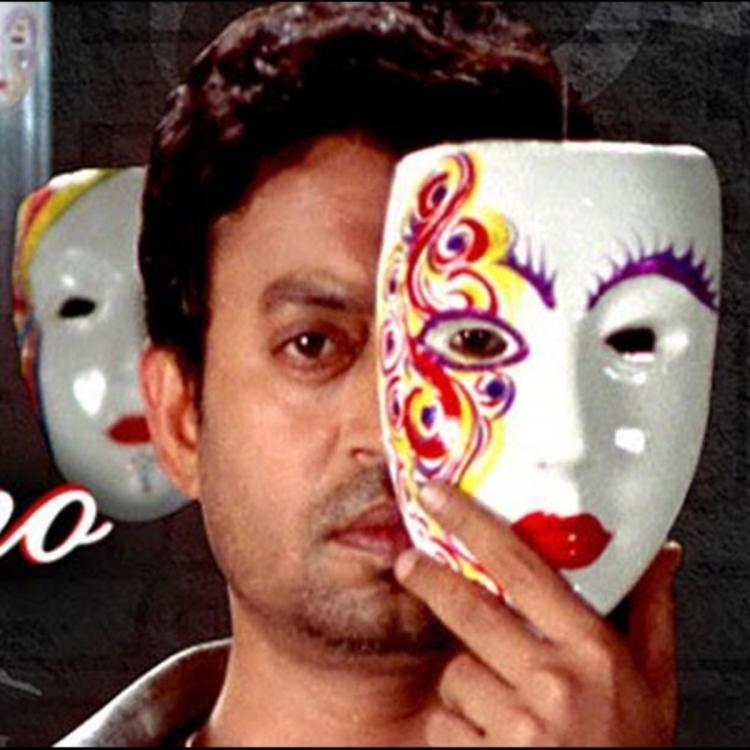 The series wouldn’t have had its desired impact if it wasn’t hosted by Irrfan Khan. His hooded eyes added drama to the supernatural stories. 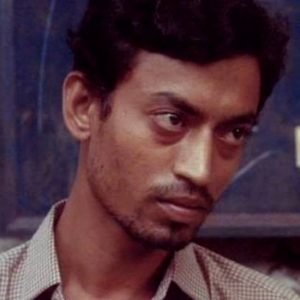 Mira Nair had thought of casting Irrfan as one of the street kids in Salaam Bombay but his height and build got in the way.  Irrfan was ahead of his batch mates when Mira picked him from NSD. He was the only one who had bagged a feature film before passing out. Irrfan’s dreams, however, shattered when Mira had to un cast him just two days before the shoot  and  instead, gave him a small role in the film, which was practically nothing. This episode  shattered him, but also prepared him for the worst.  “I remember sobbing all night when Mira told me that my part was reduced to merely nothing. But it changed something within me. I was prepared for anything after that,” he says. 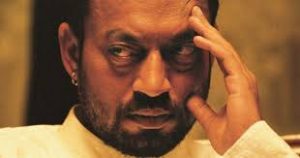 Initially, Vishal Bhardwaj offered Maqbool’s role to Kay Kay Menon, but he turned it down , Vishal even talked to Kamal Haasan for the role but decided to cast Irrfan Khan, having seen him perform in Haasil. Irrfan would be the youngest NSD graduate in the cast, including other alumni—Naseer, Om Puri, Pankaj Kapur and Piyush Mishra. In fact, towards the beginning of the film, there is a scene where all these actors are sitting in Abbaji’s living room. Irrfan was the junior most of all but he sat in the midst of all the senior actors with the confidence of a veteran.

Life in a Metro 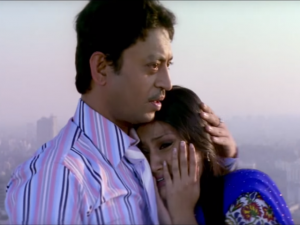 His character of the obnoxious but sweet, confused Monty with an adorable sense of humour infused soul in the well-made Anurag Basu film. His scenes with Konkona are some of the most endearing and laugh-worthy scenes  in Hindi cinema. 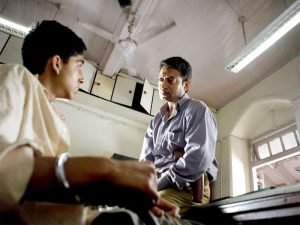 Irrfan shot to international fame with Danny Boyle’s Slumdog Millionaire. He played the detective interviewing Dev Patel’s TV quiz show winner. Danny Boyle ecounted how a Peter Rice of Fox Searchlight told him to “just get that guy” and how Mr Khan’s mere presence in the film may have helped shape Slumdog Millionaire‘s Oscar trajectory. 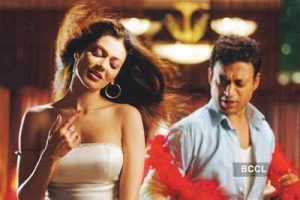 In an essentially adult film, Irrfan plays a newly-separated man Samit who is desperate for sexual adventure that he finds in his  a instructor Kaya (Payal Rohatgi). His experimentation includes everything from wearing sports bra to g-strings. Irrfan in one of his funniest roles. 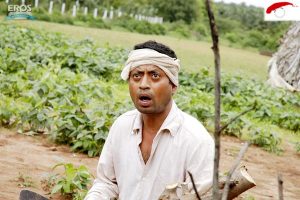 In stark contrast to his role in Dil Kabbadi, Irrfan plays Billoo the barber opposite SRK.
Though the film didn’t do well like the original Malayalam Kadha Parayum Bol, Irrfan’s role was widely appreciated and lauded.
Paan Singh Tomar 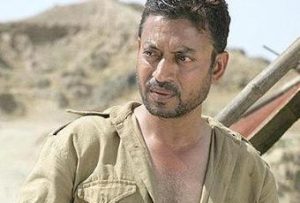 The film that fetched Irrfan the national award and spearheaded the tradition of biopics we see today is a treat to the senses. The real story of an athlete turned dacoit, Irrfan breathed life on to the role of the “beehad ka baaghi”, who started as an ernest Subedar in the army . 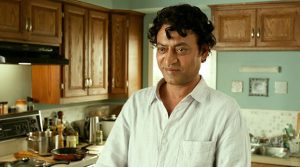 Life of Pi premiered at the Dubai International Film Festival and one of its scenes went viral after Irrfan’s passing away.  In the scene, Irrfan’s character, the adult Piscine ‘Pi’ Patel, says, “I suppose in the end, the whole of life becomes an act of letting go, but what always hurts the most is not taking a moment to say goodbye.”
The Lunchbox 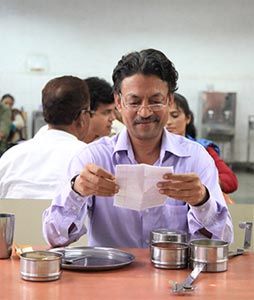 Who else but Irrfan to play the role of a middle-aged Bandra widower Mr Fernandes at his romantic best ? The way his face lights up when Ila, a lonely homemaker in a loveless marriage sends him food and they exchange notes. A classic love story portrayed by the man with a magic touch!
Haider 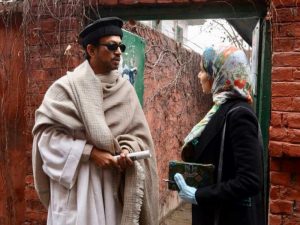 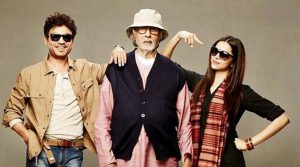 Irrfan brings ease to this cute story that has Amitabh Bachchan play the hypochondriac Bhaskor and Deepika Padukone as Piku where constipation a major issue. Irrfan plays Rana, a cab company owner who steals the show with his straight-faced humour and adorable sarcasm. A film with three strong characters and each enhancing his own space. Irrfan shines!
Talvar 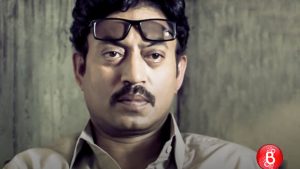 The Meghna Gulzar-directed mystery thriller was inspired by the sensational murder of 14-year-old Aarushi Talwar and 45-year-old Hemraj Banjade, a domestic help in Noida, India on the night of 15-16 May 2008. Irrfan plays the cop and admitted that the story grabbed him emotionally. On Irrfan’s death, the director of Talvar, Meghna Gulzar wrote
“An effortless mastery of the craft. The awe of your presence. There was faith to redeem. You unsettled me. Another chance always wished. Like a prayer to the altar. You had higher battles to fight. You unsettled me. The flame of art invincible. You lit the marquee again. How much had I missed watching you. You unsettled me. In this pall of global gloom. Coping and resilience at test. This was bad news at its worst. Once again, you unsettled me”.
Jurassic World 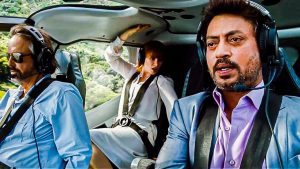 Irrfan played Simon Masrani, CEO of the Masrani Corporation, an entrepreneur with a unique sense of morality. He played the role of the suave park owner sporting luxury brands. Irrfan shared that once upon a time he would struggle to buy tickets to watch Jurrasic Park and now he starred in a film where he is the owner of a dinosaur park!
Qarib Qarib Single 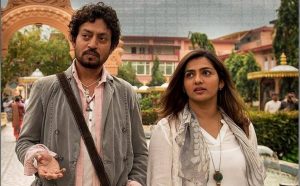 An annoying Yogi (Irrfan) romances an irritable Jaya (Parvathy) and the result is a beautiful love story. A man who is shoddily dressed and shakes with laughter at his own jokes – the lame wisecrack: “Do latte lana…laatein nahin!” is irritating but charm personified when he speaks eloquent poetry and draws philosophy from life. Parvathy his co star said, “Whenever we got to speak about the scene, we would go through it, and he’d say, ‘dialogues ko makkhan bana do’ (turn the dialogues into butter). That very soon became a line for me to go back to when I stumbled over words, and it was something I already did with even a Malayalam or Tamil film”.
Angrezi Medium 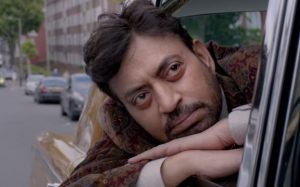 Irrfan Khan bid goodbye to the world at 53, just over a month after the release of his last film Angrezi Medium. The actor had taken a break from work to undergo treatment for neuroendocrine tumour and had even returned to complete the shooting of the film post recovery. However, his health worsened again which forced the actor to skip the promotions. His voiceover in the film’s promotions though, reveal the last message he gave to people, to be kind to each other! Watch the clip below! Actually listen to it!
Previous Article

"I have no business being tired," says Masaba who is hugely inspired by Kareena Kapoor Khan

The cool girl’s guide to styling scarves in 2021