pornvideos xnxx.com phim xxx
All Things Filmy, Bollywood, Entertainment, Features, Filmy
1 month ago
by Manju Ramanan
0
Two decades in the entertainment industry and Priyanka Chopra Jonas remains busy straddling multiple worlds. With over 60 film credits to her name back home in Bollywood and massive fan following globally, she is the most followed Indian movie star on social media. Meanwhile, in the west, she has won hearts with her stellar act in ABC’s Quantico. Chopra even voiced in 2016’s live-action Jungle Book and starred in Hollywood films like Baywatch (2017), A Kid Like Jake (2018) and Isn’t It Romantic (2019) and We Can Be Heroes (2020). Her last Bollywood release, The White Tiger emerged as one of her finest works and earned massive critical acclaim from all across. 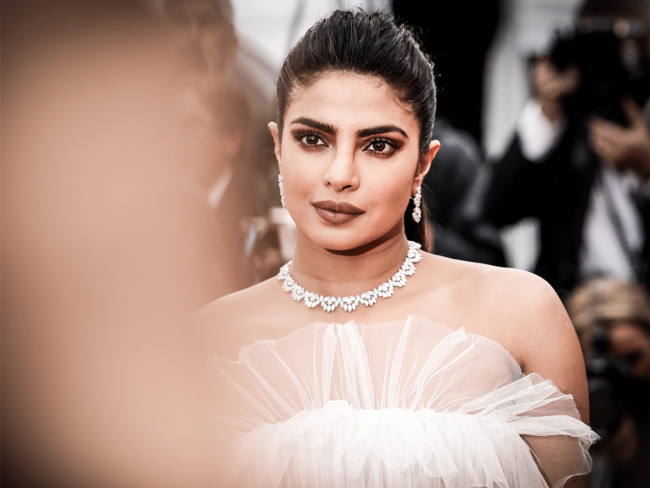 Known as the face of social change globally, the superstar has time and again made us proud with her various achievements. Below we bring you 9 fabulous reasons which prove she’s here to rule hearts for several next decades. Take a look…
1. First Indian woman to be on the Forbes 100 most influential cover
Unarguably, one of the most successful Bollywood actor to cross over to Hollywood, Priyanka Chopra Jonas has been on the Forbes 100 Most Powerful Women List twice in a row. She was the first ever Indian woman to make it to the the prestigious list.
2. Honoured with the Padma Shri for her contribution to the Indian cinema
Owing to her big success and impressive performances in the Hindi film industry, Priyanka Chopra Jonas was conferred with India’s fourth highest civilian honour, Padma Shri. Known for putting Bollywood on the global map, PC received the Padma Shri from the former President Pranab Mukherjee  back in 2016.
3. First South Asian to grace the cover of Vogue US
Enjoying her professional highs, it was back in 2018 when Priyanka Chopra Jonas became the first South Asian to feature on the cover of Vogue America. The global icon was the first Indian woman to be featured on the cover of the fashion magazine.
4. First Indian actress to have won the People’s Choice Award as the Best Actress on Television
Making her way to the top in the west, Priyanka Chopra Jonas became the first South Asian actress to win a People’s Choice Award. She won the ‘favourite actress in a new TV series’ award for her role as an FBI agent in the US thriller Quantico.
5. First bollywood actress to be honored at Marrakech Film Festival
Soon after receiving the Danny Kaye Humanitarian Award at the UNICEF Snowflake Ball, Priyanka Chopra Jonas was awarded at Festival International Du Film De Marrakech in Morocco last year. The actress-producer was honoured for her 20 years in cinema.
6. First Indian actress to be an ambassador at TIFF (Toronto International Film Festival)
Adding another feather to her cap, Chopra yet again became the first ever Indian actress to be chosen as the Ambassador for 2020 Toronto International Film Festival. The stunner is amongst the 50 filmmakers and actors invited to grace the 45th edition of the event.
7. First Indian actress to cast a foot impression at the Salvatore Ferragamo Museum in Florence, Italy
Priyanka Chopra Jonas became the first ever Indian actress to have her foot impression at the prestigious Salvatore Ferragamo Museum in Florence, Italy. She even received custom-designed shoes from the Ferragamo house. Impressive indeed!
8. First Indian actor to have wax statues in four separate Madame Tussauds museums
The global icon became the first ever Indian movie star to have four wax sculptures installed at the Madame Tussauds museum in 2019. Her wax statues are at four different locations, including London, New York, and Sydney.
9. First ever Indian star to announce the Oscar nominations this year
Priyanka Chopra Jonas created history this year as she announced the prestigious 93rd Academy Awards nominations. What made it a lot more special is the fact that PC did the honours with husband and pop star Nick Jonas.
A global UNICEF Goodwill Ambassador for Child Rights, Priyanka Chopra Jonas has always been active philanthropically. In these challenging times of Covid-19, she continues to do her bit for the world.
More power to her!
site
www.3xvideos.sex
banging a hot ass cougar.एक्स एक्स एक्स
Previous Article