Pakistani actor Adnan Siddiqui has become an Internet sensation with his fiery selfie. Last week, Mr Siddiqui shared photos and videos from a “destruction ceremony” organised by the Customs Enforcement of Karachi to dispose of narcotics by lighting them on fire. In one of the pictures he shared online, the actor was seen calmly taking a selfie as a massive fire raged on behind him. The picture is currently blowing up on Twitter, where it has been turned into a hilarious meme. 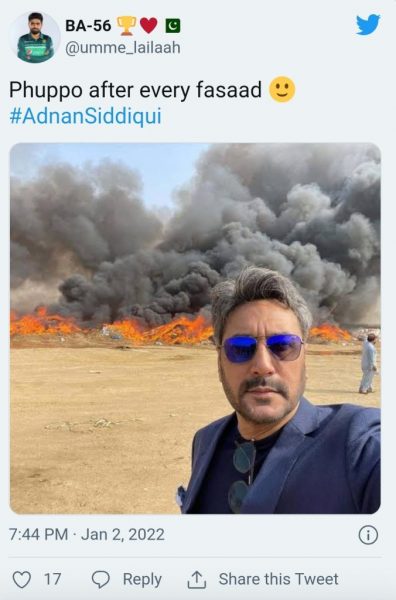 “Lighting fire to narcotics at the Destruction Ceremony of Confiscated Goods organised by the Customs (Enforcement) Karachi,” Adnan Siddiqui wrote while sharing visuals from the event on Instagram. He added that the department destroyed liquor, cigarettes and betel nuts contraband valued at around $2.5 million.

The selfie quickly made its way to Twitter, where users lost no time in creating hilarious memes with it. 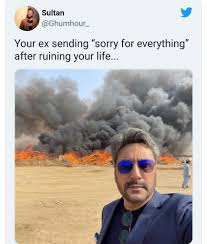 We asked Adnan how he reacted to the meme fest and he was amused that it went so viral.
“To be honest, I hadn’t had the faintest idea when I clicked the photo that it will be on fire literally

. I was soon swarmed with calls and messages that my memes are going viral. It was amusing because I don’t consider myself meme material. Not even now. The ceremony itself was a very serious occasion where we were destroying narcotics and alcohol to send out a message of abstaining from these bad habits. Honestly, I have seen so many memes, each topping the other in creativity. So it’s difficult to pick a favourite.” – Adnan Siddiqui
Previous Article

'SRK’s journey has always been a source of strength for me!’ says Tahir Raj Bhasin!

Tips on getting back to online work smoothly