All Things Filmy, Bollywood, Entertainment, Features, Filmy, Magazine, Regional Cinema
2 months ago
by Manju Ramanan
0
Everyone has either learnt a fresh skill in the lockdown or rediscovered their love for something that their otherwise busy schedules don’t allow them time for. It’s no different for Anupam Kher, for till before the lockdown was dividing his time between India and the US, working in both countries with the same gusto and fervour. 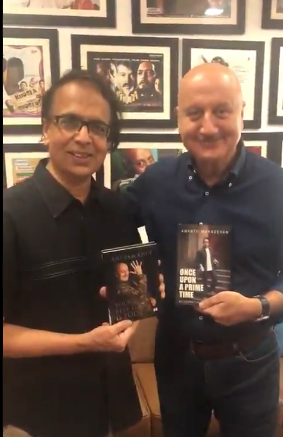 After wrapping up his primetime television stint in New Amsterdam as Dr. Vijay Kapoor earlier this year, the actor decided to take out some time to go back to his love for books, which otherwise wouldn’t allow him. Over the last month, Kher has actively recommended to his fans on social media various titles which have resonated with him. Hailing Sundeep Bhutoria’s sharp take on travel, food, and social issues that lie in between. Bhutoria, a renowned culturist known for his contribution towards folk artists of India, he writes about his travel memories taking readers on a journey of discovery and exploring Indian food in the cities he visited.

Ananth Mahadevan’s Once Upon A Primetime is another book for which Kher posted a video with his long time friend and collaborator Ananth. The book beautifully captures the story of the rise and eventual qualitative demise of television, through his own journey. 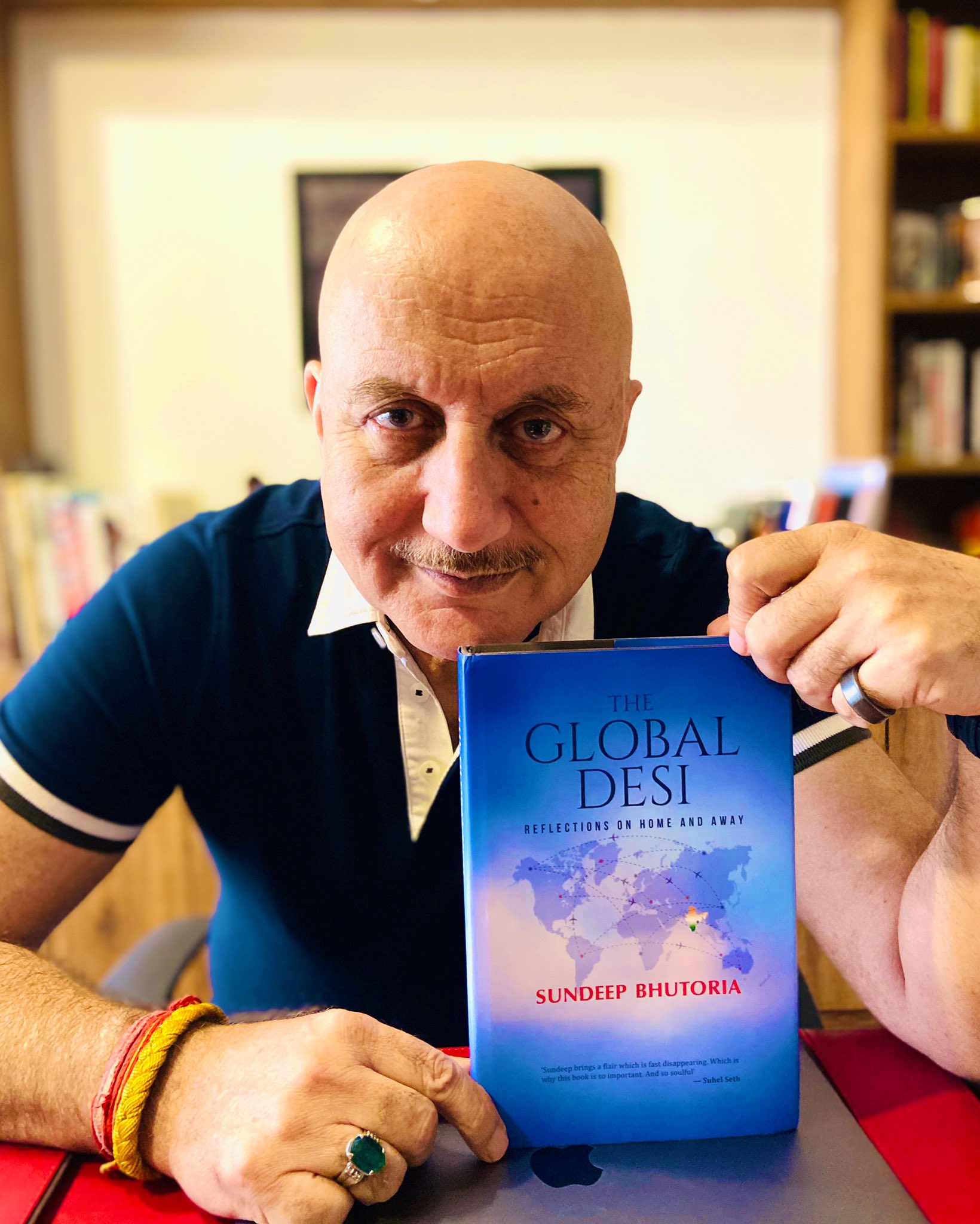 He also launched Anushka Dhar’s poignant book Take Me Home. Dhar, who is all of 16, writes beautifully about NH44, the route taken by Pandit migrants who were compelled to leave the Valley. Dhar discusses her own roots, Kashmiri Pandit lineage, and explores the reasons that led to the mass exodus.

Kher also took to Twitter to write about long time friend and colleague Neena Gupta’s memoir Sach Kahun Toh. He tweeted, “Thank you Neena for sending me a copy of your autobiography; looking forward to reading in detail about your fascinating and inspiring life. Jai Ho.” As Gupta’s daughter Masaba recently said, her life and her story remains largely a closed book and Kher was intrigued to find out the person behind the strong woman image of Gupta. 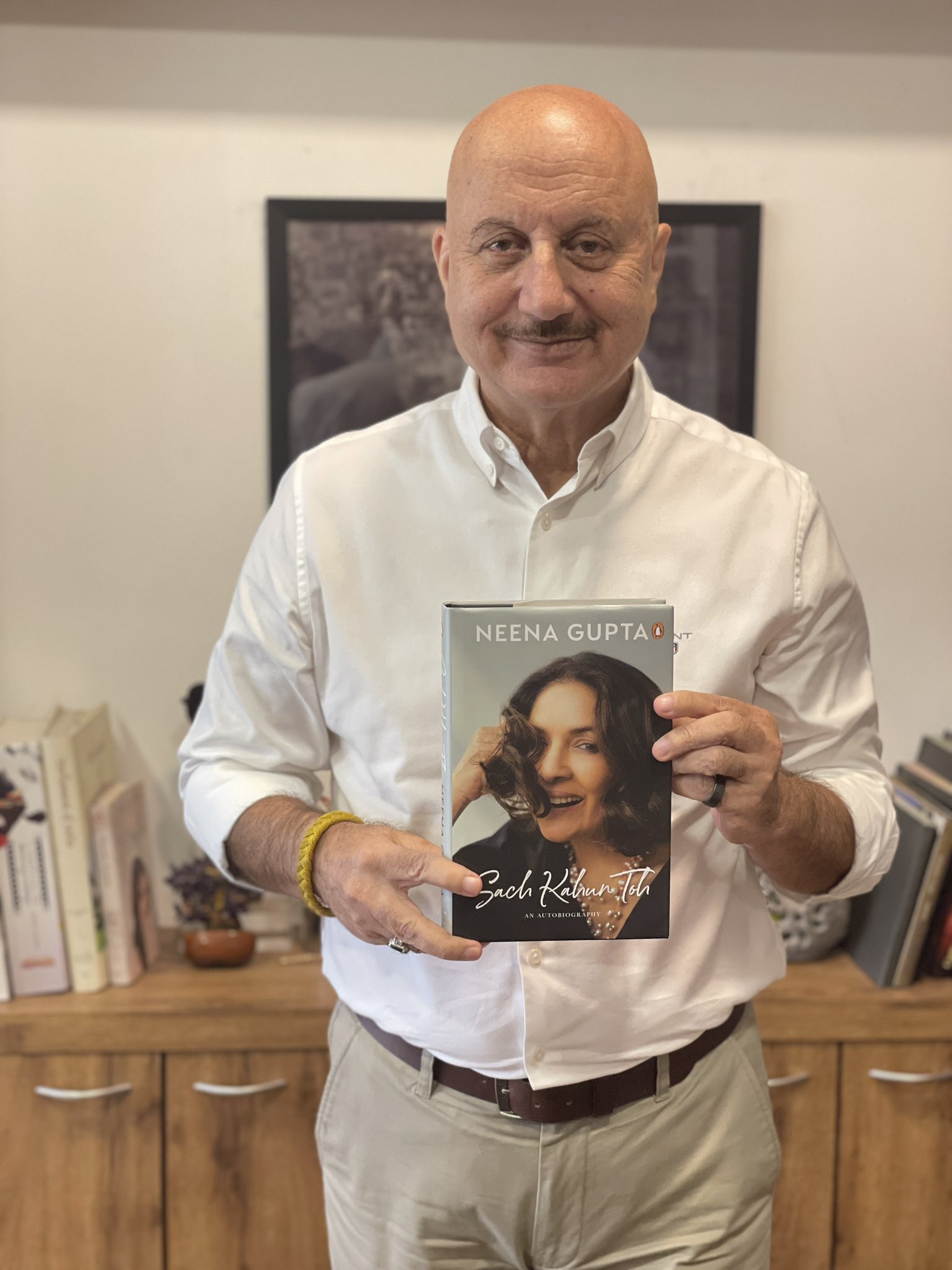 Each of these books explores a different issue and views different facets of life from a new perspective. A firm believer that art stands for more than just entertainment, through his career has picked up films that make a sledgehammer point. In his choice of book, some insightful, some heartfelt, some exploratory, Kher brings to his fan a different facet of himself encouraging them to do what Bhutoria says “Go on a quest for life!”
Previous Article

"I'd die without humour. Mine is sarcastic," says birthday girl Kubbra Sait. Click here for more...