The petite, beautiful actor has won hearts through a number of roles – be it that of the spunky, gold-digger girlfriend in Sonu ke Titu ki Sweety or the supportive, demure girl standing up to her boy-friend’s unique choice of profession in Dream Girl, Nushratt Bharuccha has made it on her own in Bollywood. This self-made actor treated every audition as a stepping stone to improve her skills, and vehemently refused to give up. She will next be seen in Chhalaang with Rajkummar Rao and Hurdang with Sunny Kaushal.

With no background in the film industry, was your journey tough?

I made good use of all my auditions, even if I wasn’t sure I wanted to do that role. They all helped me train better. I would carry the knowledge I gathered in my auditions to the roles I was handed out on TV or cinema. I learnt on the job. 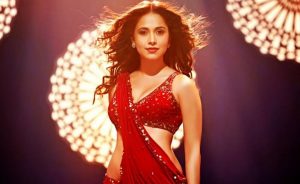 These days, the issue of body-shaming is finally being addressed.

Yes, I am glad it is being addressed through cinema. Like several actresses, I too have been body-shamed. People would look at me and ask me if I was a child looking for a role and I had to convince them that I was older. As for my height, I am petite. I have danced in uncomfortable six-inch heels because the heroes were taller and if I was going to be in the same frame as them, I had to look right. I got used to being all day in heels and fit into the frame. It was painful initially but I got used to it. When you walk in heels it is different but you have to master dancing in heels. I always feel that I dance with more vigor and abandon without heels, but hey, no complaints!

Which were the tall hero – short heroine films that gave you hope?

I loved all of them. Over the years, there are many actors and actresses who have been paired like that. When I watched Abhishek Bachchan and Rani Mukerji in Bunty aur Babli and Yuva, it gave me a lot of hope.  Shraddha Kapoor, who is petite has been very encouraging. She and Aditya Roy Kapoor in Aashiqui 2 have a difference in height but it hardly shows. She is super-supportive and full of love and positivity. I am glad that a certain mould of the heroine has changed over the years and petite girls are being cast like any other actress. There is acceptance on both sides.

Do your roles resonate with your real-life persona?

My roles have been hatke and I don’t personally resonate with them. I am edgy in real life and quite a handful. I am eccentric at times and well balanced too. Sometimes I am mad and sometimes moody. But I am responsible and don’t let my emotions get the better of me.

What difference do you see in yourself over the years in terms of craft?

While preparing for my role in my film Akaash Vani where I play a rape victim, I left home and lived alone. I went through workshops, rehearsals and confined myself to a solitary space. My food would arrive from home, otherwise I was totally on my own. Today I have evolved to a space where I can disconnect from everybody to get into character wherever I am, and I don’t have to leave home. 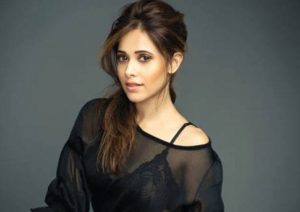 What about acting in a web-series? Today big films are releasing on these platforms.

I love the web-space and I feel it is very accessible and the freedom to make cinema – of your kind. It is not restricted by big budgets and there is some fabulous talent out there to explore. I am an avid binger and look out for what is new on all OTT platforms. I have signed Chhori adapted from the Marathi horror film Lapachhapi.

I was amazed to see Shradha and Varun perform in Street Dancer. Tiger Shroff, Hrithik sir, Ranveer Singh – the list is endless. I am far behind.

Any celebrity you stalk?

I stalk Kareena Kapoor Khan madam. Her pictures, looks, her clothes, I fully stalk her.

“While we were shooting Chhalaang, I’d wonder whether Raj was in Haryana or not. Because as soon as pack-up would be announced, he’d fly back to Mumbai for work. He’d be back at 8 am the next day for the shoot. He’s so hardworking it seems unreal. He works like a machine. Raj is a bit moody too. Sometime he talks a lot and sometimes turns quiet. He’s got his in and out moments.”

“I reached the Dream Girl set from the Turram Khan set after driving all night from Haryana to Faridabad. When I reached there, everyone was partying because they had a break the next day. I joined them and we partied till sunrise. This was my introduction to the team. I had the notion that Ayushmann would be someone quiet, an introvert. But his sense of humour and comic timing is something else.”

“We’ve had a long journey from Pyaar Ka Punchnama, Akaash Vani to SKTKS. When we started out, we were kids. I still remember the conversations we had about actors and kaun kya kar raha hai… To realise where we are today, seems surreal.”

“I share a great friendship with Sunny, my Hurdang co-star. I saw him for the first time at a party. When I got to know he’s Vicky Kaushal’s brother, I was like, ‘Oh I didn’t know Vicky has a brother.’ To have that faith in him, where I can tell him anything, is special. Otherwise, I don’t give my opinions easily. We love to sing and dance to the ’90s numbers.”